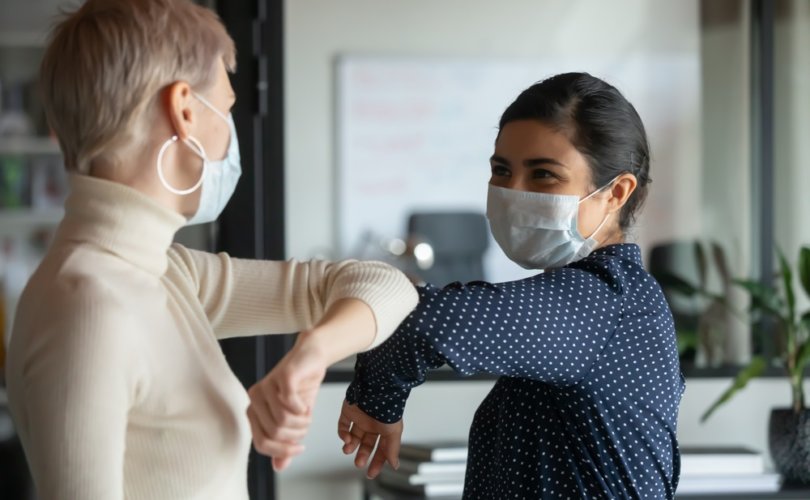 Sloan demanded that political leaders base their public health decisions “on science, not on politics, as this one appears to be.”

In a campaign email on July 14, Sloan pointed out that “after months of telling us that masks aren’t effective in halting the spread of the COVID-19 virus, municipalities all across Canada are telling us we’ll have to wear a mask in any public, enclosed space.”

“If this mask rule is about safety, and about science, why wasn’t it brought in back in March or April, when both cases and hospitalizations were peaking in Canada?” asked Sloan. Instead, he said Tam had claimed, “Putting a mask on an asymptomatic person is not beneficial, obviously, if you’re not infected.”

“We were told by Dr. Tam and by other government medical officials that wearing a mask would actually make us less safe,” Sloan lamented, “both by giving us a false sense of security against the virus and by leading us to touch our faces more than usual, potentially spreading the virus.”

He said all government officials “could have advised in favour of masking up when daily infections and hospitalizations were at their highest in March and April, but they chose not to. Only now have politicians and the media decided that masks are necessary, and they are making them mandatory.”

“We’re all interested in stomping out the spread of COVID-19,” he emphasized. “We’ve all been asked to make — and have made — extraordinary sacrifices toward that end.”

At the same time, he called on Canadians to “be vigilant in guarding our civil liberties at all times — and especially in times of crisis — because rights we take for granted, once surrendered ‘temporarily’ to those in government, may turn out not to be so easily regained.” Sloan argued for personal freedom and against government overreach.

The current mainstream opinion on wearing masks was summarized by the University of California San Francisco, which explained that both “the Centers for Disease Control and Prevention (CDC) and the World Health Organization now recommend cloth masks for the general public, but earlier in the pandemic, both organizations recommended just the opposite.”

While admitting that “shifting guidelines may have sowed confusion among the public about the utility of masks,” health experts now claim that “the evidence is clear that masks can help prevent the spread of COVID-19 and that the more people wearing masks, the better.”

Meanwhile, other observers are still critical of a mandate to wear masks. John Paul Meenan, assistant professor of theology and natural science at Our Lady Seat of Wisdom College in Canada, wrote in a LifeSiteNews exclusive that there can never be absolute safety.

“Should we not then forbid the driving of cars — or, gasp, motorcycles — cycling, walking down the street, kissing someone, having a child, mountain climbing, jumping off cliffs into water, going for a brisk hike, getting out of bed in the morning, or even staying in bed?” he asked. “Everything we do has some potential for harm, or even death. ‘Staying safe’ is not a motto which should govern our life. Life, rather, is something we engage in, as the saying goes, at our own risk.”

Given the danger of other common diseases like the yearly flu, which also causes significant numbers of deaths, he asked, “Why should we ever again be permitted to go mask-free, with faces unveiled? Do we want the world turned into some giant, inescapable ICU ward?”

Meenan also pointed out the hypocrisy “of the most zealous enforcers of ‘safe’ distancing, lockdown and mask policies,” who are often “the most vehement supporters of the real plagues upon our society, abortion and euthanasia — Trudeau, Cuomo, Northam, to name but a few. Yet, here they are, quite literally smothering us with ever new strictures, ‘if it saves one life’, while they aid and abet the murder of thousands of the most innocent and defenseless.”

Governments and public health authorities often argue that face coverings are intended to protect other people, not the person wearing the mask, from contracting the virus. Opponents of wearing masks emphasize side effects like potential bacterial growth on a mask used for a certain amount of time, which could make the wearing of face coverings more dangerous than being exposed to COVID-19 directly.

Derek Sloan, in his email on the requirement to wear a face covering, also stressed once again that he is “100% opposed to making any eventual COVID-19 vaccine mandatory for Canadians.”

In May, Vaccine Choice Canada president Ted Kuntz told LifeSiteNews that any type of forced vaccination, including a COVID-19 vaccine, is “morally repugnant” and unconstitutional. Health Canada had previously approved human trial testing of a coronavirus vaccine derived from an aborted fetal cell line.