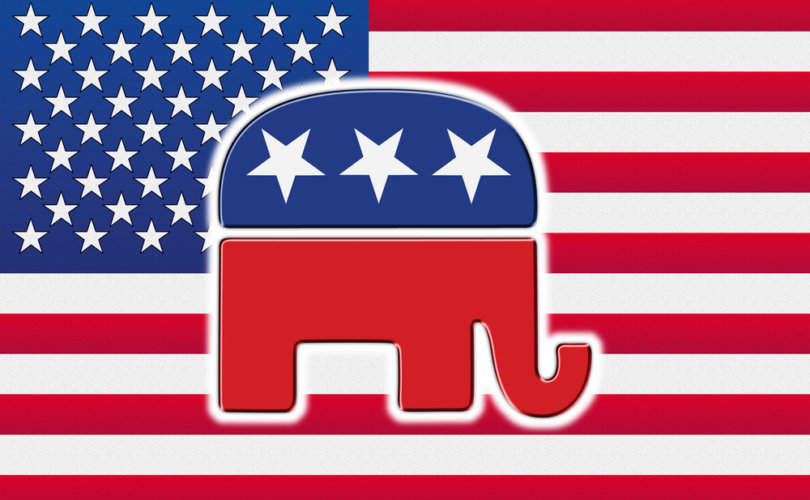 WASHINGTON, D.C., December 6, 2017 (LifeSiteNews) – The Republican National Committee (RNC) issued a letter recognizing the Log Cabin Republicans organization on the occasion of its fortieth anniversary, praising it for its history of advocating for gay rights.

Log Cabin Republicans (LCR) derive their name from the first Republican President of the United States, Abraham Lincoln, who was born in a Log Cabin.

The group claims on its website to be “the nation’s original and largest organization representing gay conservatives and allies who support fairness, freedom, and equality for all Americans.”  Founded in 1977, the nationwide organization now has state and local chapters across the country, full-time staff in Washington, DC, a federal political action committee, and state political action committees.

The group advocated for same-sex marriage over the last decade while most Republicans were fighting to maintain the immutable definition of marriage, based on timeless truths of complementarity and conjugality.

During the 2016 presidential campaign, the group voted not to endorse then-candidate Donald J. Trump.

“Over the last three decades, many gay and lesbian activists worked hard to make the Democratic Party more inclusive on gay and lesbian issues,” continues the group’s description on their website. “Log Cabin Republicans are doing the same important work to transform the GOP.”

“As the nation’s original and largest conservative organization advocating for the lesbian, gay, bisexual, and transgender community, the work you do is critical in supporting liberty and equality for all,” wrote RNC Chair Ronna R. McDaniel in an official letter to the group.

“The Republican Party prides itself on being an inclusive Big Tent Party that fights for the values that Make America Great. We are fortunate to have strong, freedom-fighting advocates like the Log Cabin Republicans with us, and we stand with you in pursuit of individual liberty, limited government, and equal rights under law.”

“We celebrate your decades of support for the LGBT community,” she added.  “On behalf of our Party, we will continue to stand with the Log Cabin Republicans as you advance the ideals of freedom over oppression — now, and for years to come.  Your voices make our Party stronger, and our nation greater.”

“Thank you to Chairwoman Ronna McDaniel and the Republican National Committee for your formal recognition and commemoration of Log Cabin Republicans and our work advocating for a more equal America!” said Log Cabin President, Gregory Angelo, on the organization’s Facebook page.

Angelo told the LGBT-oriented Washington Blade, “Log Cabin Republicans has had a longstanding relationship with the RNC, but having their formal and public recognition of our organization – by the current Chairwoman of the RNC, no less – as well as a commitment to ‘continue to stand with Log Cabin Republicans,’ marks a watershed moment in GOP politics.”