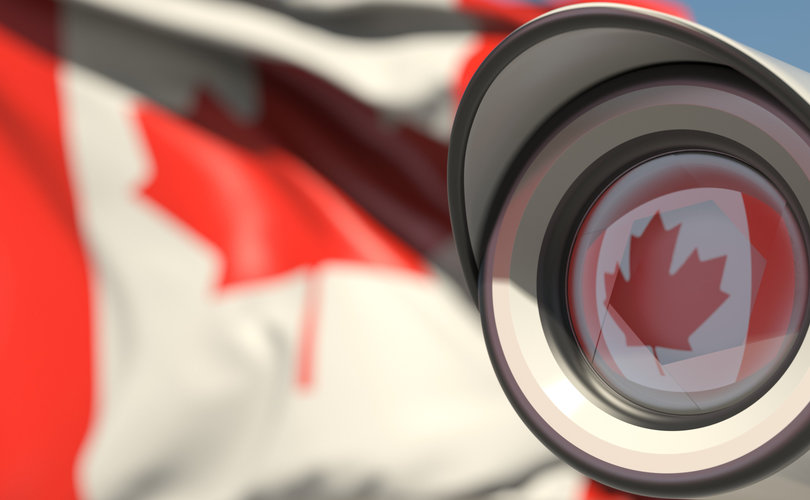 CAlGARY, Alberta (Justice Center for Constitutional Freedoms) – The Justice Centre released a new report Wednesday on the real and growing threat of digital ID technologies in Canada. This report, entitled “Canada’s Road to Beijing,” outlines the Chinese Communist Party’s use of Digital ID technologies to suppress freedom in China, cautions Canadians about the immediate and increasing threat of government use of these technologies, and shows how they could impact Charter-protected rights and freedoms.

Digital ID and digital currency technologies are hardly novel, having been extensively developed and implemented in the People’s Republic of China under the Chinese Communist Party (CCP) since 2009. There, these technologies have armed the CCP to “blacklist” and segregate Chinese (and even Canadian) citizens for criminal behavior, for disseminating controversial beliefs, for holding religious gatherings, for having too many children, and even for purchasing too many video games.

This report draws attention to the parallels between the uses of digital ID technologies in China and Canada. We conclude that the parallels are uncomfortably close. While it is true that these digital technologies promise greater efficiency and accessibility, we caution that they pose a significant (but overlooked) threat to Charter rights and freedoms.

These technologies equip our governments to track the financial and physical behaviors of Canadians, and, in certain alarming cases, to penalize Canadians for exercising their Charter-protected rights and freedoms. Digital ID allows governments to know where you go, what you buy, and how you spend your money.

It recently came to light that, in 2020, the government of Canada secretly authorized the surveillance of 33 million Canadian-based smartphones in order to determine whether their users had been complying with COVID mobility restrictions. In 2021, Canadian governments required citizens to present digital proof of vaccination in order to participate in many spheres of public and private life, for example, Albertans needed a QR code just to go to a restaurant or movie theatre.

In 2022, the federal government tracked and froze the bank accounts of more than 200 “Freedom Convoy” supporters and associates, with no opportunity for appeal or objection. Such interventions have been made possible by the quiet proliferation of digital tracking technologies across Canada in the last decade.

These technologies are already being used, to varying degrees, in British Columbia, Alberta, Ontario, and Quebec. The Atlantic provinces and Saskatchewan are now testing and developing these technologies for future implementation, and governments seem to want more.

“It’s kind of like being invited to a really exciting party. Just make sure to bring some (digital) ID,” states the website.

“What Canadians need today is not more unmitigated government access to private information but, instead, a renewed commitment to Charter rights and freedoms. We are on the road to Beijing, and Canadians should be apprehensive,” says lawyer John Carpay, president of the Justice Centre.

“Things are moving fast, and Canadians should be very concerned that a free and democratic society is quickly headed towards a society where citizens can be cancelled by the government with the flick of a switch,” warned Carpay.