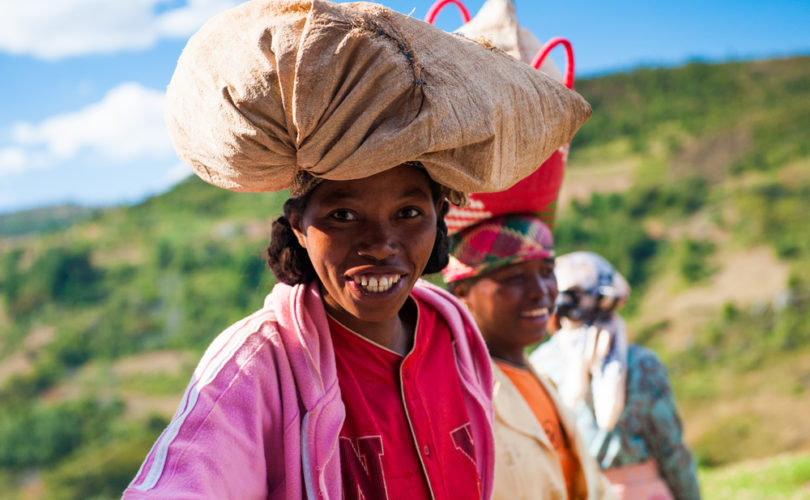 After describing what is “already a crisis” of poverty in developing countries, Shah pointed to the disruptive effect of Russia’s invasion of Ukraine, noting the importance of the latter’s role as a wheat supplier in his Bloomberg Television interview with David Westin. For example, the United Nations World Food Program “buys 40% of its wheat” from Ukraine, according to Shah.

On top of that, Shah said, is the “fertilizer crisis, where you have farmers all over Africa no longer using fertilizer because it’s not available,” adding that “20% of it effectively came from Russia.”

Shah predicted that this fertilizer shortage “is going to lead to an even bigger food crisis this summer and this fall.”

The Rockefeller Foundation, whose founding family has a history of commitment to eugenics and continues to champion population control, has itself arguably left a path of destruction through its food initiatives, such as the Alliance for a Green Revolution in Africa (AGRA) it funded in 2004.

A 2020 report, “False Promises: The Alliance for a Green Revolution in Africa (AGRA)” revealed that in the countries selected for the program, extreme hunger had increased by 30%.

Westin, along with Bloomberg’s Mike Morning, also pointed out in a subsequent article that the war “has put at risk exports of wheat, corn, sunflower oil and other foods from Russia and Ukraine that account for more than 10% of all calories traded globally, driving up food prices in low-income countries that are already reeling from pandemic damage to their economies.”

While Shah believes that there is a “global responsibility” to tackle the food crisis that requires “concerted leadership,” he believes the United States should lead the effort as the “unquestioned leader on food and hunger around the world” since World War II.

“I very much hope that emergency actions can be taken in a bipartisan manner that reestablishes American leadership to tackle this problem,” Shah told Westin.

Shah called for the full funding of the World Food Program, the pre-positioning of food in places where hunger is expected, and “emergency debt relief action” for heavily indebted developing countries, so that they can “use that money to actually buy food” for their people.

On March 24, The Rockefeller Foundation announced the launch of its new “Good Food Strategy,” in which it will invest $105 million to “support a shift in public and private spending toward foods that are nutritious, regenerate the environment, and create equitable economic opportunity” across the globe. Commenting on the need for the program, Shah cited Russia’s invasion of Ukraine as contributing to a “global humanitarian crisis” of food.

The initiative is to include investments in metrics that measure the environmental “footprint” of food production, and will also shift the “menu” of large institution towards foods that “benefit people and the planet.”

If an article co-written by the Rockefeller Foundation’s Food Initiative managing director Sara Farley is any indication, the foundation is aiming for, among other goals, reduced meat consumption.

In the piece published on the World Economic Forum website, she and Sara Scherr cite a report by the International Panel of Experts on Sustainable Food Systems (IPES-FOOD) that not only refers to the meat sector as “high-emitting,” (in other words, contributing disproportionately to climate change), but groups meat with sugar and salt as contributing to “negative health effects.”

The Rockefeller Foundation has already laid out its program for food reform in the U.S., which entails similar objectives, in a report called “Reset the Table: Meeting the Movement to Transform the U.S. Food System.”

The Rockefeller Foundation is one of the world’s largest funders of abortion- and contraception-based population control via groups like the Population Council, which was born in 1952 at a conference headed by John D. Rockefeller III.

According to Susan Yoshihara, Ph.D., the Population Council became “the nexus of the entire population control movement, going on to coordinate the work of the United Nations, the Ford and Rockefeller foundations, and International Planned Parenthood Federation (IPPF).

Citing the book “Fatal Misconception: The Struggle to Control World Population,” Yoshihara said verbatim transcripts from the Population Council’s founding meeting, the “Conference on Population Problems,”  showed that its attendees sought to address questions of how many people the world could hold along with “whether ‘industrial development should be withheld’ from poor, agrarian countries like India.”

“They decided radical measures to reduce birthrates were justified in order to save ‘Western Civilization’ from being dragged down by the growing humanitarian demands of Third World countries,” said Yoshihara.