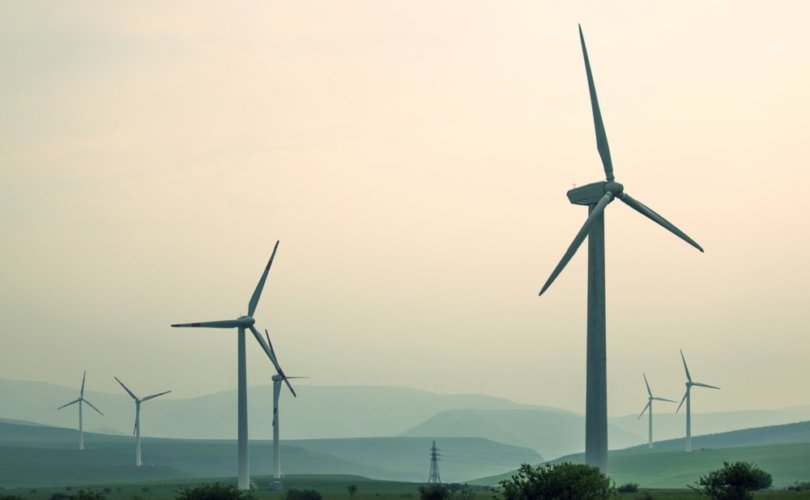 UNITED KINGDOM, September 30, 2020 (LifeSiteNews) — A professor in the United Kingdom (U.K.) who is funded in part by the pro-abortion Rockefeller Foundation claims governments in the future might have to do “capitalism differently,” or face the potential of a radical “climate lockdown.”

“In the near future, the world may need to resort to lockdowns again — this time to tackle a climate emergency,” wrote University College London (UCL) economics professor Mariana Mazzucato in an opinion piece dated September 22 and published in the Irish Examiner.

Mazzucato wrote that under a “climate lockdown,” governments “would limit private-vehicle use“ as well as “ban consumption of red meat.”

A “climate lockdown” would also force upon people “extreme energy-saving measures, while fossil-fuel companies would have to stop drilling.”

“To avoid such a scenario, we must overhaul our economic structures and do capitalism differently,” wrote Mazzucato.

Mazzucato currently holds the chair position in economics of innovation and public value at UCL and is the founder and director of the UCL Institute for Innovation & Public Purpose (IIPP).

The IIPP’s website says the group “is changing how public value is imagined, practised and evaluated to tackle societal challenges.”

Mazzucato’s website cites the European Commission, the Ford Foundation, the Rockefeller Foundation, and the Open Society Institutes as funding her research.

The Rockefeller Foundation’s pro-abortion roots go back to 1924, when eugenicist Margaret Sanger lobbied the foundation to fund the American Birth Control League, which she had founded.

John D. Rockefeller, Jr. authorized a donation of $5,000 to the group at the time. The Rockefeller Foundation was very interested in eugenics at the time and was a major donor to the American Eugenics Record Office until 1939.

In her opinion piece, Mazzucato argues that the “climate” crisis, the COVID-19 crisis, and the economic crisis are “all interconnected.”

“Covid-19 is itself a consequence of environmental degradation,” wrote Mazzucato.

Mazzucato then claimed that to address “this triple crisis” would require “reorienting corporate governance, finance, policy, and energy systems toward a green economic transformation.”

“To achieve this, three obstacles must be removed: business that is shareholder-driven instead of stakeholder-driven, finance that is used in inadequate and inappropriate ways, and government that is based on outdated economic thinking and faulty assumptions,” wrote Mazzucato.

Mazzucato also claimed that the window for “launching a climate revolution” to achieve an “inclusive recovery from Covid-19 in the process” is closing.

“We need to move quickly if we want to transform the future of work, transit, and energy use, and make the concept of a ‘green good life’ a reality for generations to come,” wrote Mazzucato.

The idea that “climate change” is somehow linked to the coronavirus crisis was called out by Fox News host Tucker Carlson, who in an August segment of his show warned that the World Health Organization (WHO) is indeed linking COVID-19 to “climate change.”

“According to Tedros, COVID-19 is really about global warming.”

Billionaire Bill Gates, who said the world would not go “back to normal” unless people are widely vaccinated against COVID-19, wrote in an August 2020 blog post that “climate change” could end up being worse than COVID-19.

“A global crisis has shocked the world,” wrote Gates.

“Obviously, I am talking about COVID-19. But in just a few decades, the same description will fit another global crisis: climate change. As awful as this pandemic is, climate change could be worse.”

In April, Joe Biden, U.S. Democratic presidential candidate, said the coronavirus is “a wake-up call to action to climate change.”

U.S. president Donald Trump, who in the past has made comments in opposition to the theory of man-caused global warming, withdrew his nation from the Paris Climate Agreement in 2017.

As for the Rockefeller Foundation, the Vatican also has worked with the pro-aboriton group. In late 2019, they teamed up with them for a conference on food waste.

National Catholic Register reporter Edward Pentin was critical of the group, saying, “The Rockefeller Foundation has a long history of lobbying for population control and has latterly been most vocal in its support for LGBT rights.”