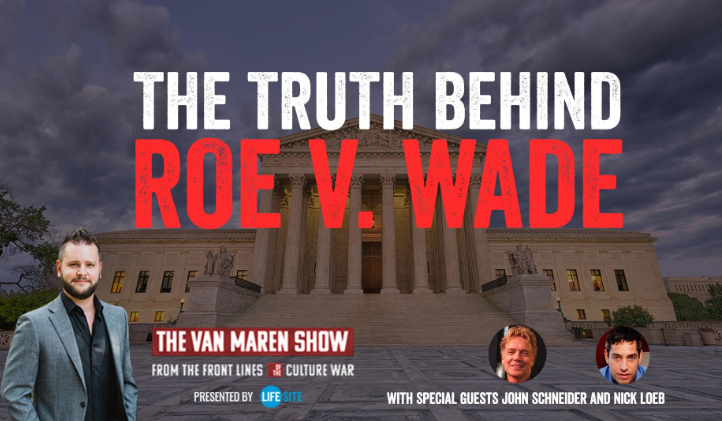 March 10, 2021 (LifeSiteNews) – Nick Loeb was not always pro-life. In fact, when he was in his twenties, he was involved with two women who had abortions.

Loeb is the director of the brand new film ‘Roe v. Wade,’ in which he stars as Dr. Bernard Nathanson, a former abortionist that converted to Catholicism later in life. The film premiered at CPAC in Orlando, Florida two weeks ago.

Today on The Jonathon Van Maren Show, Loeb revealed that he is “haunted” by dreams of his aborted children and that he thinks about the age that they would have been now.

Loeb said that he “did nothing to stop” the abortions from happening and that it wasn’t until he got older and read about abortion online that he realized unborn babies must be protected.

“It’s not a clump of cells … it’s a life and it's a human being that we're killing.”

Loeb, 45, told Van Maren that he read over 40 books on abortion and the Roe v. Wade ruling prior to making the film. He said he wanted to tell the various stories associated with it, including that of Dr. Mildred Jefferson, a pro-life African American woman who graduated from Harvard and became president of the National Right to Life Committee.