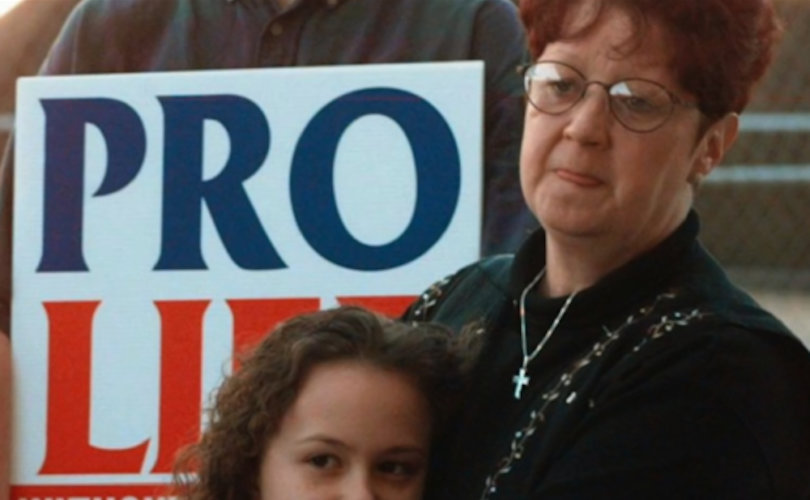 The cast includes “Born on the Fourth of July” and “The Usual Suspects” actor Stephen Baldwin, who is also an executive producer, and Academy Award winner Jon Voight (“Midnight Cowboy,” “Deliverance,” “Coming Home,” “Mission Impossible,” “The Rainmaker”). Filmmaker Nick Loeb (“The Smokers”) is one of the executive producers as well.

The story reveals “the most corrupt court case in history,” the film’s website states. Scriptwriters aim to tell “the real untold story of how people lied; how the media lied; and how the courts were manipulated to pass a law that has since killed over 60 million Americans.”

Dr. Alveda King, who works with Priests for Life, is promoting the project. “Roe v Wade is a powerful film regarding a time in America’s history that must be accurately portrayed,” she told LifeSiteNews.

“My Uncle, Rev. Martin Luther King, Jr., once said, ‘Injustice anywhere is a threat to justice everywhere.’ Abortion is a civil injustice, rending the very fabric of life, liberty and the pursuit of happiness. … I am pleased to join Nick and the all-star cast in making this message available to those who need it most: the American people.”

Priests for Life president Father Frank Pavone had a “very good meeting” with Loeb about the project and took the time to share his enthusiasm with LifeSiteNews.

“Roe v Wade the Movie is very true to life, showing the real story behind the legalization of abortion,” Pavone said. “I knew Norma McCorvey and Dr. Bernard Nathanson and others involved personally. I saw firsthand what they experienced and suffered to ultimately tell the truth, so the film has a very personal meaning for me and all of us at Priests for Life.

“It’s important that the American public see the deceptive machinations and out-and-out lies that the Supreme Court’s Roe decision is based on,” he continued. “The riveting, real-life drama will be a revelation to those who’ve only heard pro-abortion rhetoric.

“But the movie also serves another vital purpose for the entire pro-life movement: We need to educate our own. We have to make sure our younger pro-life leaders know the history and the grounding of our movement. The next generation needs to see the shoulders they are standing on. So the film fills two major needs.”

Father Pavone added that Priests for Life is “building bridges” and spreading the word, including to the Vatican, about the impact the movie has in helping build a culture of life.

Dubbed “the most important pro-life movie in history,” Roe v Wade the Movie has the theme of redemption throughout, with both Nathanson and McCorvey realizing their error and experiencing transformation in Christ.

The film is also a powerful apologetics tool for the sanctity of innocent human life.  “Some who have been pro-choice have read my screenplay and have changed their minds on” abortion, Loeb said, “especially when they read the part about Dr. Bernard Nathanson. Some who had always thought what was in the womb was just a glob of cells now understand that this is a human life.”

The project, which is being crowd-funded, hit a snag when Facebook blocked access to its funding site. “We need your support now more than ever. Facebook has banned us from inviting friends to ‘Like’ our page and from ‘Sharing’ our PAID ads,” the film’s creators pleaded.

Nevertheless, the project is moving forward. “One thousand movie screens have already been committed,” Loeb said. “We have a distributor on board.”

“No one has ever made this movie, told this side of the story,” Loeb said. “We need the pro-life community to get together and address the country.”