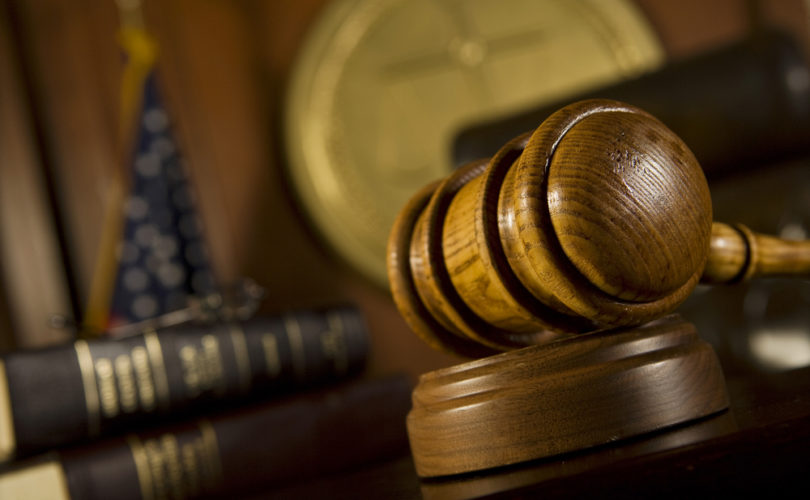 NEW ORLEANS, LA, June 9, 2015 (LifeSiteNews) – Texas will likely see half its remaining abortion facilities close after the Fifth Circuit Court of Appeals upheld a key provision of a pro-life law passed in 2013.

A three-judge panel of the New Orleans-based court turned back the abortion industry's challenges to a provision of H.B. 2 that required abortion facilities to meet the same standards as other ambulatory surgical centers. All three judges were appointed by President George W. Bush.

Advocates said the measures, which would mandate wider halls and greater protections for women in case of a botched abortion, protected women's health. In 2012, two women had to be carried down steps through a litter-lined alley in Birmingham, Alabama, because the abortion facility's hallways were too narrow to fit the gurney.

In today's ruling in Whole Woman’s Health v. Lakey, the judges ruled “there is no question that” protecting women's health “is a legitimate purpose.”

Kristan Hawkins, president of Students for Life of America, called the “commonsense” decision “a huge step towards protecting the health and safety of women.”

“There is no right to an unsafe abortion and for abortion advocates to promote a lower standard of care for women just to ensure the sacred cow of abortion remains intact is morally indefensible,” she said.

“Texas has struck a decisive blow for women’s health and safety against a predatory abortion industry,” agreed Americans United for Life President and CEO Dr. Charmaine Yoest. “A largely under-monitored, under-supervised, and secretive abortion industry tells women ‘trust but don’t verify that our clinics are clean and safe.’ No longer should women be abandoned to self-serving and false assurances from an industry that puts profits over people.”

The provision was part of a larger bill, signed into law by then-Texas Gov. Rick Perry in the summer of 2013, which required abortionists to have admitting privileges to local hospitals and barred abortions against babies capable of feeling pain.

The admitting privileges greatly decreased the number of abortion facilities, from 40 before its passage to 17 today.

Upholding the ambulatory surgical center requirements means all but seven or eight facilities statewide will close.

“Not since before Roe v. Wade has a law or court decision had the potential to devastate access to reproductive health care on such a sweeping scale,” said Nancy Northup, the president and CEO of the Center for Reproductive Rights, a New York-based pro-abortion lobby group that brought the lawsuit. “Once again, women across the state of Texas face the near total elimination of safe and legal options for ending a pregnancy, and the denial of their constitutional rights.”

If the Supreme Court endorses today's ruling, “Roe v. Wade is almost entirely dead,” sighed an article on ThinkProgress, a website operated by the Soros-funded Center for American Progress. CAP called the ruling “a sweeping endorsement of the tactics anti-abortion lawmakers adopted in recent years in an effort to prevent abortion clinics from operating.”

But pro-life politicians and advocates say the fault lies with abortion facilities, which have refused to meet more stringent – and more expensive – health and safety standards designed to protect women.

“Abortion practitioners should have no right to operate their businesses from sub-standard facilities and with doctors who lack admitting privileges at a hospital,” said Texas Attorney General Ken Paxton, a Republican who strongly defended the law. Hawkins also critiqued feminist organizations “demanding access to abortion, however unsafe and subpar it may be.”

The judges made one exception for a facility that did not meet ASC standards. Whole Woman’s Health abortion facility in McAllen, Texas, may remain open “until such time as another licensed abortion facility becomes available to provide abortions at a location nearer to the Rio Grande Valley than San Antonio.” The judges ruled that the drive from McAllen to San Antonio would violate a Supreme Court provision barring states from placing an “undue burden” upon women seeking abortions.

The plaintiffs asked for an exemption for a second subpar facility in El Paso, which the judges refused. “There is an abortion facility approximately 12 miles away in Santa Teresa, New Mexico,” they wrote. “Prior to H.B. 2, more than half of the women who obtained abortions at the Santa Teresa facility were from El Paso.”

Dr. Yoest promised to keep up the pressure on the abortion industry.

“AUL is partnering with influential legislators to ensure that American women are no longer victimized by a profit-centered abortion industry, willing to spend significant money opposing efforts to enact commonsense health and safety standards rather than invest that money in women’s safety,” said Dr. Yoest. “And while Big Abortion fights against protecting women, they rake in millions in taxpayer funding each year.”

One year after HB 2: Half of Texas’ abortion clinics have closed
Texas abortion facility’s trail of botched abortions proves the need for admitting privileges

Pro-abortion study: Texas will be down to eight abortion clinics by fall