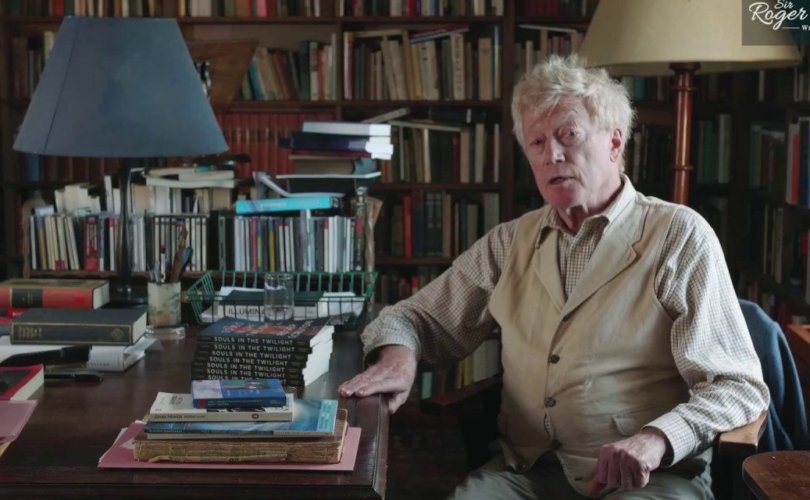 January 13, 2019 (LifeSiteNews) – Today’s episode of The Van Maren Show is a special episode in honor of Sir Roger Scruton, a writer, philosopher, and staunch defender of Western Civilization and its values.

He passed away yesterday, January 12th at 75 years of age after a battle with cancer. Sir Roger leaves behind a legacy of fighting for beauty, art, culture, and truth. Boris Johnson, the Prime Minister of the UK, has called him the “greatest modern conservative thinker.”

Sir Roger became an intellectual freedom fighter in 1979, smuggling banned books behind the Iron Curtain in Europe. Even after the wall fell, he continued to fight communism through his writing. Over his career, he wrote over 50 books, including, How To Be A Conservative; The Soul of the World; The Aesthetic Understanding; Beauty.

Jonathon Van Maren interviewed Sir Roger a few years ago and the two discussed the current state of culture, the need for true beauty in our art, and what we can do to revive our society.

Listen to the interview here: