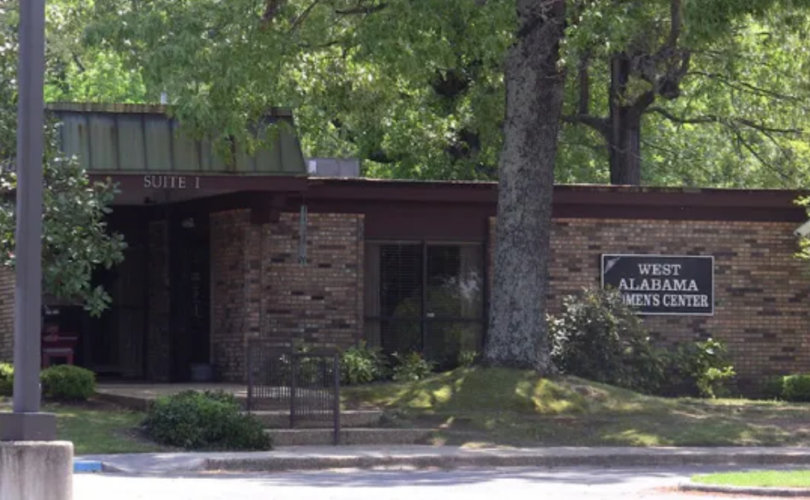 TUSCALOOSA, Alabama (Operation Rescue) – For the second time in a row, an Alabama abortion facility that was responsible for the death of one woman and horrific injuries to another, has failed a licensing inspection that included citations for conducting abortions with rusty, unsanitary surgical equipment.

The West Alabama Women’s Center, located in Tuscaloosa, Alabama, was inspected by the Alabama Department of Public Health (ADPH) on December 14, 2021, during which it was cited for the following:

The six-page deficiency report was signed by the WAWC’s new Operations Director, Robin Marty, whose background is in communications and not in any area of medicine or medical facility oversight.

Also referenced in the report was abortionist Leah Torres, who serves as the abortion facility’s medical director. The ADPH suspended Torres’ temporary medical license in August 2020 for committing fraud by lying on her license application and was ordered to cease and desist the practice of medicine. Torres was finally issued a permanent Alabama medical license on March 24, 2021, after which she resumed her position as medical director, which includes conducting abortions.

Page six of the 2021 deficiency report notes that Torres was interviewed by the health inspector and confirmed the conditions for which the facility was cited and agreed they should be corrected. However, this shows that Torres had to know that she was using rusty, unsanitary instruments on women during abortions – and probably had been for months.

“It is sickening to learn that the West Alabama Women’s Center, which has been fraught with serious health and safety issues in the past several months, would intentionally continue to engage in practices we might have expected to find in a back-alley abortion mill,” said Operation Rescue’s president Troy Newman.

“These people are either incapable of complying with basic health rules due to incompetence or they just don’t care if they comply. That attitude puts women at risk of harm from their shoddy practices every day they are open.”

“WAWC staff has publicly displayed their ‘we will do it anyway’ attitude even to the U.S. Supreme Court. Why should they respect the ADPH?” asked Newman. “As long as the ADPH refuses to institute tough disciplinary measures, such as closing the facility, it has no power over this rogue abortion business.”

During the inspection on December 14, 2021, the ADPH official observed the sterilization area noted that instead of using the proper 10:1 ratio of enzymatic cleaner to soak dirty surgical instruments, the WAWC was using a 30:1 ratio, making the diluted solution ineffective.

An employee noted as EI #2 was asked if the instruments were allowed to air dry before being moved to the clean area for packaging and autoclaving. EI #2 admitted, “sometimes, but I usually dry them with a paper towel.” This practice contaminated the instruments.

But perhaps most disturbing was an incident involving a Medical Assistant, identified as EI #3, who entered the cleaning area with a suction machine jar containing aborted baby remains and a tray holding a used instrument kit from the last abortion.

She placed the bloody jar of aborted baby remains on the counter and handed the dirty tray to another employee. Then, without changing her contaminated gloves or washing her hands, which is required between glove changes, she picked up a clean jar and a sterilized package of instruments, presumably for use in the next abortion.

While examining the just-used surgical instruments, the inspector discovered two rusty tenaculum forceps, which are used during abortions to grasp and steady the cervix. Further inspection of other instruments found another rusty tenaculum, “a sponge stick with a crack at the hinge,” and a dirty needle extender with a “black soot-like substance” which could be wiped off with a paper towel.

Still can’t maintain the autoclave, either

The deficiency report noted that the facility operates three autoclaves, where surgical instruments go through their final stage of the sterilization process. Lab results for the required spore tests were sent to an outside laboratory, but the results were never retrieved by the abortion staff and were not recorded. The lab indicated that the tests were not labeled to indicate which of the facility’s three autoclave each test was related to.

In essence, the WAWC had no idea if the autoclaves were working properly yet continued to use them on surgical instruments that were then used on women during abortions.

“How the Alabama Department of Public Health can sanction this horrible abortion facility after repeatedly citing them for using rusty, unsanitary instruments, especially in light of the 2020 death of April Lowery and the recent medical malpractice suit filed by another woman injured during a seriously botched abortion,” said Newman. “I submit that allowing the WAWC to continue operating rises to the level of dereliction of duty to protect the health of the public.”

Newman was referencing the death of 29-year-old April Lowery and a malpractice suit filed last November by another woman who miraculously survived similar injuries to those that killed Lowery.

Lowery died as the result of a perforated uterus and severe damage to internal organs during an abortion on May 7, 2020, at the WAWC. When asked about the death by the ADPH, WAWC staff apparently misrepresented the true cause of her death, attributing it to a street drug overdose. Based on that misinformation, the ADPH declined to investigate further, even though Lowery’s autopsy report confirmed that her cause of death was “uterine perforation.”

The other injured woman, who has sued under the pseudonym “Jane Stone,” received a second trimester Dilation and Evacuation (D&E) abortion at WAWC on December 28, 2020, after a nurse complained to her that the clinic was “overbooked and understaffed.”

In a rush to get her abortion done, Stone’s cervix was inadequately prepared for dilation. Instead of using osmotic dilators, such as lamanaria, to slowly dilate the cervical opening overnight, her cervix was mechanically dilated using “rigid steel Pratt dilators,” which quickly forced the cervix open – a process known to cause injury.

Predictably, Stone received a lacerated cervix and a uterine perforation that resulted in massive internal hemorrhaging.

Ironically, the WAWC’s Operations Manager, Robin Marty, who signed the bottom of the recent deficiency report on December 29, 2021, which noted the presence of dirty surgical implements, posted a photo on Twitter on January 21, 2022, of rigid steel Pratt dilators of the kind that injured Stone and were found to be rusty during the 2020 inspection.

Marty’s post implied that the instruments were harmless, but Stone’s lacerated cervix alone is proof that belief is untrue.

“The instruments shown in Robin Marty’s photo seemed grungy, but it’s hard to tell from the photo. It just shows a lack of self-awareness, especially in light of Stone’s injuries and citations for rusty dilators,” said Newman.

“Maybe that isn’t surprising she would post such a picture, since her background is not in the field of medicine. I also have to wonder, if she believes abortion instruments are harmless, why do WAWC abortionists keep shoving them through women’s uteri?”

Fr. Terry Gensemer of the CEC for Life addresses the media about women who have been injured or killed at a press conference held on January 8, 2022 outside the West Alabama Women’s Center in Tuscaloosa, Alabama.

A coalition of pro-life groups, including Operation Rescue, CEC for Life, Life Legal Defense Foundation, and local pro-life groups held a press conference outside the West Alabama Women’s Center on January 8, 2022, calling attention to the abuses at the WAWC and seeking answers from the Alabama Board of Public Health for their reticence to address the Coalition’s patient care concerns in a way that protects women from further harm.

“Leah Torres, Robin Marty, and the rest of the staff at WAWC have the attitude that they are above the law. They have no respect for laws or medical standards. If they want to use rusty surgical instruments, they use rusty surgical instruments and could not care less how many times they are told that’s wrong or how many women are hurt. To them, killing babies is all that matters. That makes them a danger to the public and the ADPH must do their duty and shut this dangerous abortion mill down,” said Newman.

“We wonder how many women WAWC has to maim or kill before ADPH acknowledges the danger to Alabama citizens. ADPH has the ability, the authority and obligation to hold this clinic accountable for its detrimental actions — today,” Fr. Terry Gensemer of CEC For Life said in a press statement.