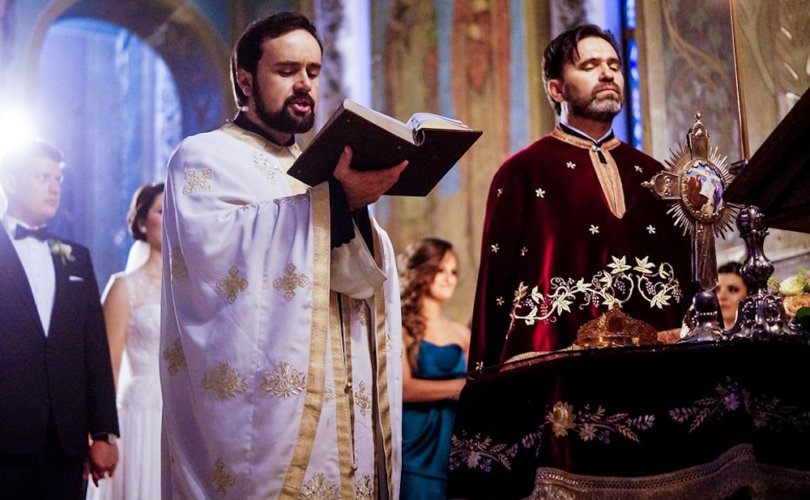 BUCHAREST, Romania, September 29, 2018 (LifeSiteNews) – Romanians will vote on October 7 whether to specify in their nation’s constitution that marriage is a union of one man and one woman.

The Romanian Constitutional Court announced last week that it will allow the referendum to proceed, Jurist reports. Article 48 of the Romanian Constitution currently declares that the “family is founded on the freely consented marriage of the spouses.” The proposed amendment would replace the sex-neutral phrase “the spouses” with “a man and a woman.”

Romania does not currently recognize same-sex “marriages” or civil unions, but pro-family advocates argue that clearer constitutional language is needed to preempt legal arguments that “spouses” applies to homosexual couples. The Romanian Coalition for Family collected more than three million signatures in support of an amendment last year.

The court gave the effort its initial approval in July 2016, and the legislature’s Chamber of Deputies voted 232-22 in May 2017 to approve the referendum. The measure stalled in the Senate for several months, but the Senate eventually passed the amendment by a 107-13 vote on September 11.

“It is a well known fact that the family, created by the marriage between a man and a woman, is the only inter-human relation which ensures the ideal environment for delivery, upbringing and education of the children,” the Coalition’s mission statement reads. “Family needs, above all, support and strengthening.”

Every major party but Romania’s youngest, the Union to Save Romania (USR), has endorsed the referendum, according to Politico.

“No rights are curtailed by this measure. It is only a clarification of legislation, and a strengthening of what family means in Romania,” National Liberal Party (PNL) deputy Daniel Gheorghe said last year. Following the Senate vote, Social Democrat Party (PSD) Sen. Serban Nicolae stressed that “we’ve been a Christian nation for 2,000 years.”

Foreign pro-homosexual groups, such as Amnesty International, the European Commission on Sexual Orientation Law (ECSOL), and the European Region of the International Lesbian, Gay, Bisexual, Trans and Intersex Association (ILGA-EUROPE), have condemned the referendum for potentially blocking any future attempts to redefine marriage in the country. The groups say they are “submitting written comments in an attempt to prevent” the vote.

Pro-LGBT activists also dislike the fact that by continuing to reject same-sex “marriage,” Romania would be bucking the trend of the broader European Union.

The European Parliament passed a resolution in 2003 calling on member states to “to abolish all forms of discrimination to which homosexuals are victim, notably with regarding to marriage and the adoption of children.” In 2015, the European Court of Human Rights (ECHR) condemned Italy for refusing to recognize a homosexual “marriage.”

21 EU nations currently recognize same-sex “marriage”; Romania is one of just seven that either does not recognize or expressly forbids homosexual “marriages.”

Reuters explains that a majority voting “yes” will not be enough for the amendment to take effect; at least a third of the eligible voters among the predominantly-Orthodox Christian nation’s 19.6 million people must turn out for the vote.