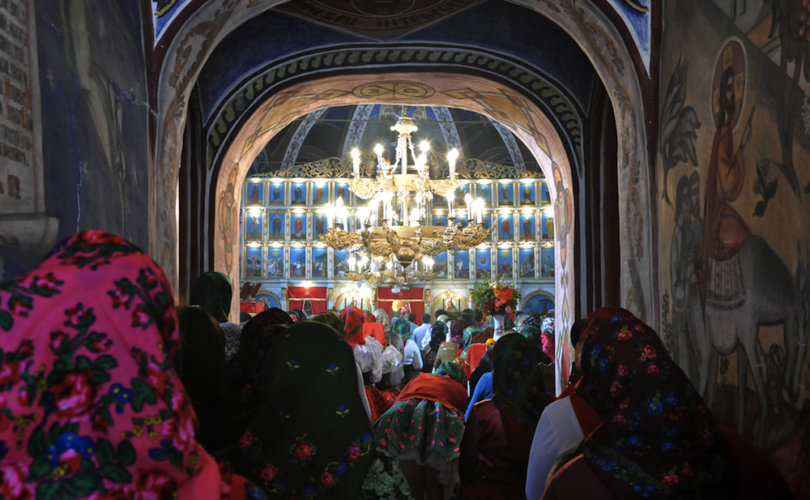 BUCHAREST, Romania, November 11, 2016 (LifeSiteNews) — The influential Romanian Orthodox Church is strongly backing a constitutional amendment to define marriage as between one man and one woman.

Last week, a bill was submitted to legislators for a referendum to amend the Romanian Constitution in a vote to be held on the same day as parliamentary elections.

The church dramatically demonstrated both its influence and the overwhelming popular support for natural marriage by garnering the signatures of three million citizens for the amendment.

Romanian Orthodox priests and bishops throughout the country helped spearhead the petition drive, proactively and publicly urging parishioners to sign.

Romanian Patriarch Daniel said the faithful — who constitute more than 85 percent of the citizens — “must support the Church’s effort to protect the natural, traditional and universal family, and resist some new family models that consider the natural woman-man union only one model among others”.

But the measure is not without opposition. The leader of Romania's biggest political party, Liviu Dragnea, asked the bill's sponsors — her party colleagues — to withdraw it because the issue should not be “mixed” with the election.

Romanian President Klaus Iohannis, a German Lutheran, also spoke against a pro-marriage amendment. “Tolerance and acceptance of others are vital,” he said. “Religious fanaticism does not help society. If being a Christian leans toward fanaticism, it sends a wrong signal.”

Not surprisingly, a gay activist group in Romania has accused the Orthodox Church of meddling in “secular” matters.

The Romanian constitution refers to marriage as a union between two “spouses.” Though homosexual activity was decriminalized in 2001, Romania does not recognize same-sex unions at all.

A law for the legal recognition of same-sex civil unions was voted down in 2013.

If the current bill passes, an amendment referendum will be put to the people on December 11.

In Croatia, a similar amendment referendum overwhelmingly passed with a 65 percent majority in 2013, but Croatia recognizes same-sex “life partnerships,” granting spousal rights to homosexuals except for adoption.

In a related story, two men are fighting in the courts for recognition of their “marriage” in Romania.  The two, an American and a Romanian who were “married” in 2010 in Belgium, are suing to have their “marriage” recognized legally by Romania.

The Romanian Constitutional Court has scheduled a November 29 hearing on the homosexuals' “marriage” case.