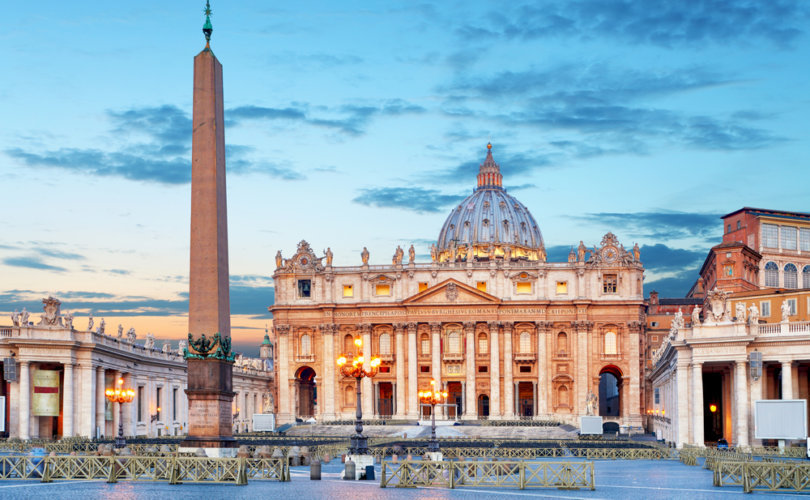 ROME, September 20, 2017 (LifeSiteNews) — On what grounds did Pope Paul VI condemn contraception in his controversial encyclical letter, Humanae Vitae, and are those reasons still valid today?

Next month, an international group of experts will meet in Rome to examine and offer a vigorous defense of the Church’s teaching in Humanae Vitae, as concerns mount about an effort in the Vatican to “reinterpret” it so as to allow for contraception in certain cases.

The event, organized by the pro-life and pro-family coalition Voice of the Family, will commemorate the upcoming 50th anniversary of Humanae Vitae, Pope Paul VI’s 1968 encyclical letter which reaffirmed the Church’s infallible teaching on marriage and condemned contraception as intrinsically wrong.

Scheduled for October 28, 2017, the conference is entitled “Humanae Vitae at 50: setting the context.”

The event will bring together an international panel of speakers including German Cardinal Walter Brandmüller, one of the four cardinal signatories of the dubia; Professor Josef Seifert, Founding Rector of the International Academy of Philosophy in the Principality of Liechtenstein, who will present a philosophical approach to the truths taught in Humanae Vitae; and renowned Church historian, Professor Roberto de Mattei (Italy), who will analyze the encyclical in its historical context.

Other featured speakers include Fr Serafino Lanzetta of the University of Lugano (Switzerland), who will discuss the theological importance of Humanae Vitae in countering secularization in sexual ethics; Dr. Thomas Ward (UK), who will address the war on parents and Humanae Vitae; and Dr. Philippe Schepens (Belgium), who will offer his own personal testimony as a medical doctor.

Conference talks will be in English, Italian and French with simultaneous translation.

The aim of the one-day conference — being held at the Pontifical University of St. Thomas Aquinas (Angelicum) in Rome — is to offer clergy, religious and laity an opportunity to study Humanae Vitae in the context of its time, as well as its proper place in the continuity of the Church’s perennial teaching and in the life of Catholics today.

“In Humanae Vitae Paul VI predicted that the consequences of accepting artificial birth control would include a general lowering of moral standards throughout society; a rise in infidelity; a lessening of respect for women by men; and coercive government policies regarding reproductive technologies. Almost 50 years on, not only have these predictions come true, but, furthermore, we have come to the point where society widely accepts that marriage can be separated from sexual relations and sexual relations from having children,” explained Maria Madise, international director of Voice of the Family.

“In order to spare future generations from the destructive effects of the contraceptive mentality and to help restore an authentically Christian culture, Catholic teaching on chastity and openness to life in marriage must be defended and taught boldly,” Madise said.

Tampering with Humanae Vitae as it turns 50

Next month’s conference comes amid growing concerns that a commission tasked by Pope Francis with examining the process of writing Blessed Paul VI’s encyclical Humanae vitae might lead to an attempt to soften the Church’s teaching by advocating exceptions to allow artificial contraception.

In a recent interview with Edward Pentin of the National Catholic Register, Father George Woodall, who teaches moral theology at the Pontifical Athenaeum Regina Apostolorum in Rome, warned that any papal decision that calls into question the Church’s ban on artificial contraception either expressly or implicitly would do “untold damage to the Church’s magisterium.” Fr. Woodall also said it would unleash “a new pastoral crisis at least as grave” as the one that followed the publication of the encyclical.

When Pope Paul VI reaffirmed the Church’s infallible teaching on marriage, and condemned contraception as intrinsically morally disordered in the 1968 encyclical, many academics and even clergy rejected Humanae Vitae. In the midst of the sexual revolution, when much of society had accepted birth control and members of a papal commission tasked with a five-year study of the issue seemed to be pressing the Pope to approve it, Humanae Vitae became one of the most controversial papal encyclicals in history.

Since its promulgation in 1968, a lack of solid catechesis and preaching on the Church’s teaching by bishops and priests has only compounded ignorance and confusion among Catholic laity. A Pew Research Center poll conducted in September 2015 found that roughly half or more of U.S. Catholics say that using contraceptives is not a sin.

As the Church prepares to commemorate the 50th anniversary of Humanae Vitae in 2018, the international conference will “set the context” and provide clergy, religious and laity with an informed perspective to better understand the document in its historical context, and intelligently evaluate views and discussions presented in the coming year.

For more information on “Humanae Vitae at 50: setting the context,” please visit Voice of the Family’s website.