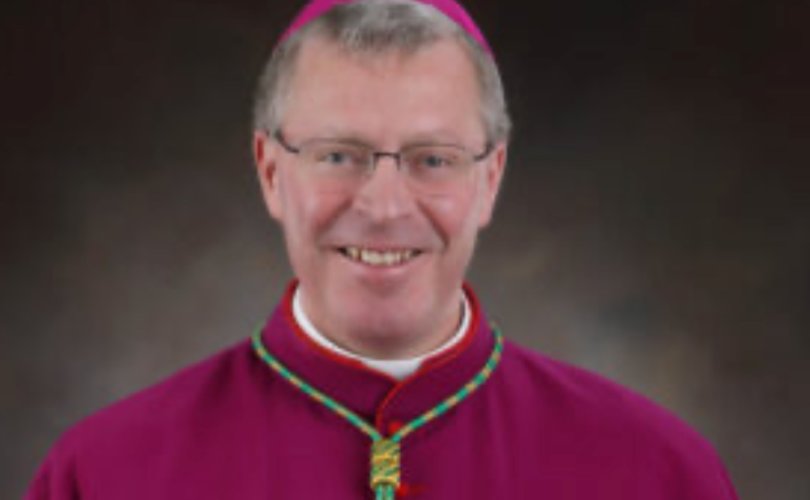 HELENA, Montana (LifeSiteNews) — The Traditional Latin Mass will be suppressed in the Diocese of Helena, Montana.

Bishop Austin Anthony Vetter ordered an end to the Old Rite in the Diocese of Helena effective Ash Wednesday, March 2.

His decision contradicts a statement he made in October that the Traditional Latin Mass (TLM) could continue. Latin Mass Montana lists two churches in the diocese that offer the Old Rite.

“Bishop Vetter did not issue an official statement, and instead stated via Fr. Bart Tolleson that he delegated authority to Fr. Sean Raftis and Fr. Lebsock to announce the new policy,” the lay group wrote on its website.

“In October 2021, Bishop Vetter met with numerous parishioners at St. Richard in Columbia Falls who attend the 8AM TLM, in the wake of Pope Francis’ Motu Proprio Traditionis Custodes (TC). Bishop Vetter stated at the meeting that ‘St. Richard is the TLM parish of the Diocese, and nothing will change regarding the TLM at St. Richard,’” the group continued.

“Bishop Vetter claims now that ‘Rome is forcing his hand’ and that the clarifications from the Dubia responses made him act, but the analysis of canonists and the decisions of other bishops in the US and abroad contradict Bishop Vetter’s position.”

The diocese does not have a parish served by the FSSP or ICKSP, orders of priests who exclusively celebrate the TLM, and the official response to the purported Dubia said that priests cannot say the Ordinary Form of the Mass (also known as the Novus Ordo) and the TLM on the same day. However, canonists who spoke to National Catholic Register said that the Responsa ad Dubia do not have legislative force.

The Latin Mass Society of the of the U.K. has a report raising concerns about the Responsa’s compatibility with canon law as well. Cardinal Raymond Leo Burke recently said the Responsa, in relation to Traditionis Custodes, are “confusing” and “contradictory.”

The Responsa have not been published in the Acts of the Apostolic See, the Vatican’s official record.

Latin Mass Montana said it asked Vetter, assuming the Responsa are even in force, to use Canon 87 to dispense the priests from their prohibition on saying both the Novus Ordo and TLM on the same day. This practice, which was permitted to all priests by Pope Benedict XVI’s Summorum Pontificum (2007), is known as bination.

According to Canon 87, “A diocesan bishop, whenever he judges that it contributes to their spiritual good, is able to dispense the faithful from universal and particular disciplinary laws issued for his territory or his subjects by the supreme authority of the Church.” It has been used by other bishops, such as Bishop Thomas Paprocki in Springfield, Illinois, to dispense their dioceses from the new restrictions on the TLM.

But according to Latin Mass Montana, Vetter has no plans to follow Paprocki’s example.

“Bishop Vetter’s written response to our request to exercise his authority to override the ‘bination rule’ using canon 87 was ‘I won’t grant it,’” the group wrote.

“This response seems to further prove the point that it is in fact his decision and not Rome’s that has led to the suppression of the TLM in the Diocese of Helena.”

The group commented that this will not help build trust in the diocese and urged prayers for the bishop.

“In our previous meetings with Bishop Vetter, he stated that he’s very concerned about the need to build trust in his Apostolic Office and that the Church in Montana is in decline overall, especially in the wake of the disastrous abuse committed by priests and religious of the Diocese,” the TLM group wrote.

“Making such an abrupt complete change in position does not build trust and has now damaged what trust was being built with the many families and individuals who value the TLM.”

“Please especially pray and sacrifice for Bishop Vetter so that he understands what Pope Benedict explained in his letter that accompanied his Motu Proprio Summorum Pontificum: ‘What was sacred for prior generations, remains sacred and great for us as well, and cannot be suddenly prohibited altogether or even judged harmful.’”

UPDATE: “The Diocese of Helena has no comment at this time,” spokesman Dan Bartleson told LifeSite on Tuesday.

Bartleson had said on Monday after the article came out that the Diocese was working on a response.

“Thank you for the opportunity to participate in your coverage,” he said.

To assure the Bishop of your prayers and to make your own thoughts known in this matter, please respectfully contact the Chancellor of the Diocese of Helena, Fr. Jeff Fleming: