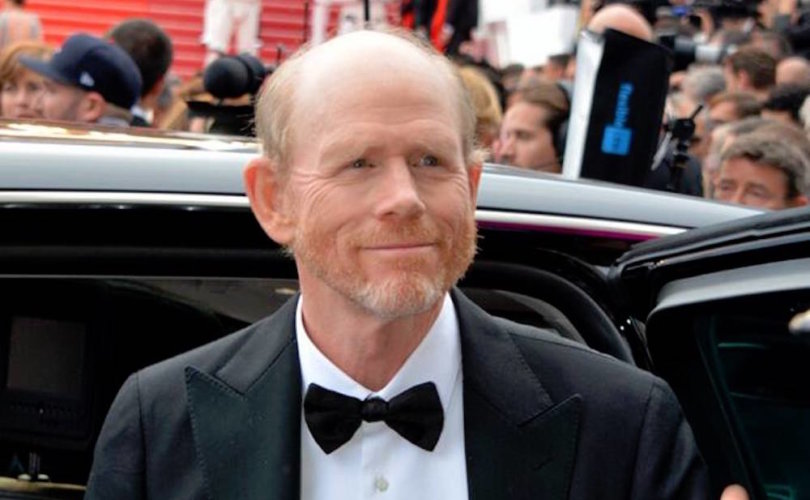 May 20, 2019 (LifeSiteNews) – Hollywood icon Ron Howard is the latest and potentially the biggest name lending his support to the entertainment forces condemning Georgia for enacting a ban on most abortions, and threatening to pull out of the state if it survives a legal challenge.

House Bill 481 forbids abortions once a fetal heartbeat can be detected except in cases of rape, incest, physical medical emergencies, and pregnancies deemed “medically futile.” If allowed to take effect, it will ban abortions in all other cases as early as six weeks into a pregnancy starting in January 2020. Republican Gov. Brian Kemp signed it into law earlier this month, declaring Georgia a “state that values life” and “stand(s) up for those who are unable to speak for themselves.”

The film industry generates considerable jobs and revenue for the Peach State, leading dozens of other celebrities to threaten to boycott the state in hopes of scaring Georgians into rejecting the law, then punishing them for enacting it. A handful of smaller studios have since announced they’re refusing to film in Georgia, and actress Alyssa Milano has called on women to take part in a “sex strike,” because “until women have legal control over our own bodies we just cannot risk pregnancy.”

The Hollywood Reporter reported that Howard, who became a household name playing Opie Taylor on The Andy Griffith Show then grew up to become one of Hollywood’s most prolific directors, has announced along with filmmaking partner Brian Grazer that they won’t yet withdraw their next project from the Peach State but are reserving the right to take future projects elsewhere depending on the law’s ultimate fate.

“After much thought and deliberation, we decided to continue with shooting Hillbilly Elegy in Georgia next month,” Howard and Grazer’s Imagine Entertainment said in a statement. “We felt we could not abandon the hundreds of women, and men, whose means of support depend on this production – including those who directly contribute on the film, and the businesses in the community that sustain the production. We see Governor Kemp’s bill as a direct attack on women’s rights, and we will be making a donation to the ACLU to support their battle against this oppressive legislation. Should this law go into effect in January, we will boycott the state as a production center.”

“If the 'heartbeat bill' makes it through the court system, I will not work in Georgia, or any other state, that is so disgracefully at odds with women’s rights,” actor and producer Jason Bateman also announced.

The Hollywood Reporter noted that other entertainers and studios are holding their fire for the moment. The Motion Picture Association of America (MPAA), which represents Disney, Warner Bros., Paramount, Sony, Universal, and Netflix, has said only that it will “continue to monitor developments.” Comedian Tyler Perry, who has a 330-acre studio in Atlanta, has declined to comment because, according to a The Hollywood Reporter source, “he likes to stay way below the radar.”

The Washington Post noted that the most recent fiscal year enjoyed $2.7 billion in direct spending on the filming of Hollywood blockbusters such as the Marvel Studios films and popular series such as The Walking Dead. Georgia is particularly lucrative to filmmakers thanks to substantial tax credits offered by the state.

Last week, conservative actor and Gosnell star Dean Cain criticized his peers’ posturing over the law, noting that several of the companies to announce boycotts never did any filming in Georgia anyway. “Hollywood pretending to be the bastion of moral superiority is an absolute joke,” Cain said, “because it is not by any stretch of the imagination.”

Dismissing Hollywood’s threats, Kemp has said he “can't govern because I'm worried about what someone in Hollywood thinks about me,” noting that Georgia has a strong business environment and “cannot change our values of who we are for money.” U.S. Sen. David Perdue, a Republican who represents Georgia, emphasized that despite Hollywood’s threats, the Peach State has once again been “rated for the sixth year in the row as the best state in the country in which to do business” by the trade publication Site Selection.

For Howard's part, his directing career has long been more at odds with conservative and Christian values than the popular image suggested by Andy Griffith days. In 2006, he helmed the film adaptation of The Da Vinci Code, a thriller that purported to use a fictional story to disseminate false “historical facts” about Christ and the church. The novel falsely claimed that “all descriptions of artwork, architecture, documents, and secret rituals in this novel are accurate,” and Howard refused to put in the film version a disclaimer that the story’s version of history was largely fictitious.