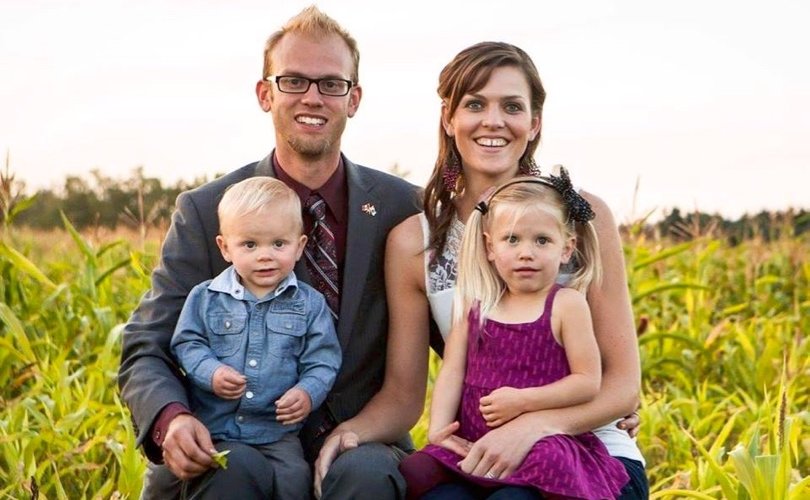 OTTAWA, April 14, 2016 (LifeSiteNews) — A new Tory MP from Alberta with a wife and young family is planning to introduce a motion this summer to have the government look into the health risks of “violent and degrading sexually explicit material” on both kids and adults.

“Violent and degrading sexually explicit material, in which the majority of violence is directed at women, is easily accessible to anyone with an access to the internet, without restriction,” said MP Arnold Viersen (Peace River – Westlock) in a press release.

“As the medical community has discovered, this is having a significant harmful impact on the mental, emotional and sexual health of children, women and men,” he added.

Motion M-47 states in full: “That the Standing Committee on Health be instructed to examine the public health effects of the ease of access and viewing of online violent and degrading sexually explicit material on children, women and men, recognizing and respecting the provincial and territorial jurisdictions in this regard, and that the said Committee report its findings to the House no later than July 2017.”

Viersen said he got the idea to create the motion from constituents raising concerns.

“A bunch of people brought it up with me. Their concerns resonated with me due to the recent national incidents of sexual violence in the last few years that are quite concerning such as Amanda Todd, Rehtaeh Parsons, and the Dalhousie dentistry students. One has to wonder where these individuals get the idea that this behaviour involving sexual violence is acceptable,” he said in an interview this week with Hope for the Sold.

The Committee proposed at that time a thorough revision of the Criminal Code’s obscenity provisions to combat what it said was violence and degradation in sexually explicit material. According to Viersen, two subsequent Government Bills were tabled in the House of Commons to address the matter, but were never passed.

“It is appalling that the last time Canada studied the impact of violent sexually explicit material was 30 years ago, before the invention of the internet,” Viersen said. “This is a public health issue, it’s a women’s equality issue and it is time for Parliament to make this a priority.”

Having received the 37th spot in the lottery for Private Members’ Business, Viersen will have an opportunity to bring forward his motion for debate in the House of Commons in June. M-47 is drafted in such a way that, if adopted, it would require the Standing Committee on Health to undertake this study.