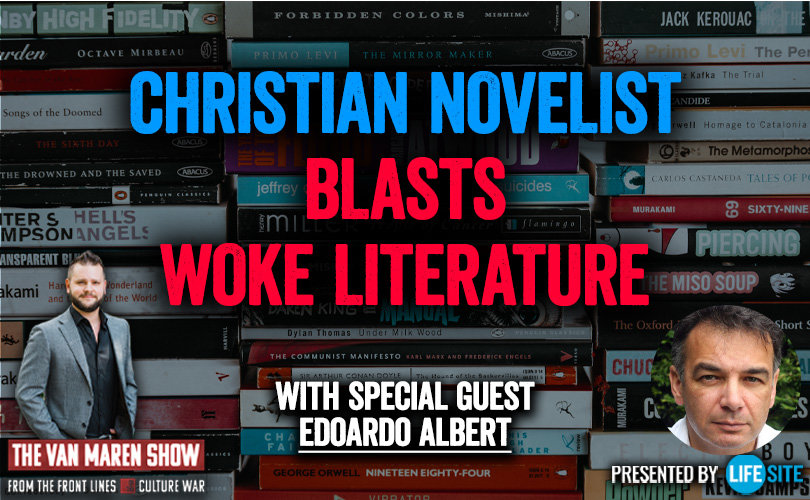 (LifeSiteNews)  – A Christian novelist from England called out the literature of the post-Christian era for promoting political ideology, instead of focusing on principles that inspire and uplift people.

Albert pointed out that modern literature has become “hyper-politicized,” and that many books have been written to fit the reader into “certain prescribed victim groups” or according to outward appearances. He described it as “petty” and “rubbish” for modern literature to go into “talking about politics” and “who gets to go to which bathroom.”

Albert said that instead literature should focus on what’s “fundamental to human beings and our place in the universe.” He has written several Christian books including a trilogy novel series on the beginnings of Christianity in Britain.

Albert explained that after visiting an old castle in England he wanted to discover more about the history of his country and Christianity in the nation. The Christian novelist lamented schooling in Britain during his childhood “tended to skip over the early Medieval period,” which he insisted is a fundamental part of British history.

Albert mentioned that even though his novels are fictional, they are based on true historical events involving the Christian conversions of pagan kings. “You can see many of the different aspects of the conversion played out in their lives and their attitudes towards Christianity,” he said.

The author explained why these stories still have an importance for today’s society, especially in the secular culture.

To read more about Edoardo Albert and his books, click here.