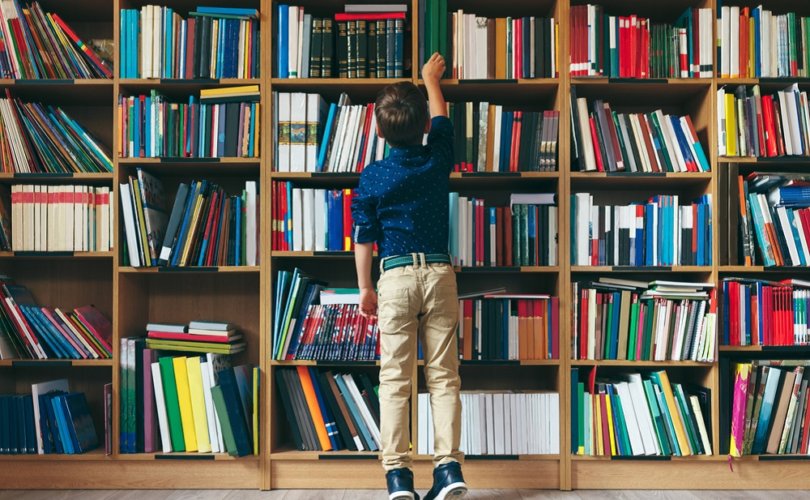 LEXINGTON PARK, Maryland, January 6, 2020 (LifeSiteNews) — Despite creating an outcry among concerned parents in 2017, a public library once again plans to host a lesbian pole dancer’s “Teens-only” sex ed class for 12- to 17-year-olds.

“Teens have questions about sexual health, whether its [sic] birth control, lubricants, STI testing, LGBTQ relationships, or something else completely,” reads an event description posted by the Lexington Park Public Library on its Facebook page. “This will be an informal workshop where your teen can ask ANY sexual health question you want and get an honest answer.”

Parents will again be prohibited from attending and are expected to “wait in the general Library areas, or in the other room were [sic] we will be putting on a program about the importance of science-based, LGBTQIA+ inclusive sex-ed.”

Lexington Park, Maryland is a mostly rural exurb of Washington, D.C. that has emerged as a surprising battleground over “teen-only sex ed” and “Drag Queen Story Hour” events at its public library.

According to blogger Shannon Tracy, who works with MassResistanceTexas, parents have plenty of reason for grave concern about topics that might be addressed in the Sunday, January 19 session conducted by controversial speaker Bianca Palmisano.

“I want to be that adult in their life who can say, ‘Yes! Of course being part of the LGBT community is OK,” said Palmisano in an online video in which she attempted to dispel the concerns of parents who were troubled about her 2017 workshop at the Lexington Park Library.

“Unfortunately, leadership in this community fails to rise to the occasion and protect the young and impressionable youth among them,” said Tracy.  “The library has turned into a sexual indoctrination center.”

“Taxpayers in St. Mary’s County should be appalled this is going on in the libraries,” continued Tracy. “The library seems to have strayed far from its mission of literacy by allowing the use of the community rooms for the ideological and perverse crusades of the secular humanists that are bringing the perverse programming to Lexington Park Library.”

“Since 2017, my Commissioners have been saying there’s nothing we can do about what happens at the library. ‘Our hands are tied. We have no say,’” local activist Georgia Kijesky told LifeSiteNews, noting that the commissioners have just enacted a new regulation banning tobacco on library property, proving that they are able to exert authority.

The commissioners “will even pay police with taxpayer money to make sure the kiddies get their fair share of lube without parent interference.”

“I’d like a straight answer from someone in a position of power in my county to explain how it’s legal for parents to hand their kids over to a self-identified ‘slut’ and  allow them to be alone with her for 2 hours,” added Kijesky.

Bianca Palmisano is described on the Lexington Park Library’s Facebook page as “a sex educator, medical consultant, and the owner of Intimate Health Consulting. She has been working to advance the sexual health field for almost a decade, specializing in training healthcare providers around issues of sexual health, as well as LGBT, sex worker, and sexual assault survivor competency.”

“Palmisano is a Planned Parenthood certified sex educator, two-time presenter for the Philadelphia Transgender Health Conference and the Woodhull Sexual Freedom Summit, and a planning committee member for DC’s Transgender Day of Remembrance,” continues the description. “They are [sic] also the primary author of ‘Safer Sex for Trans Bodies,’ an outreach and education guide for the trans community sponsored by Whitman Walker Health and the Human Rights Campaign.”