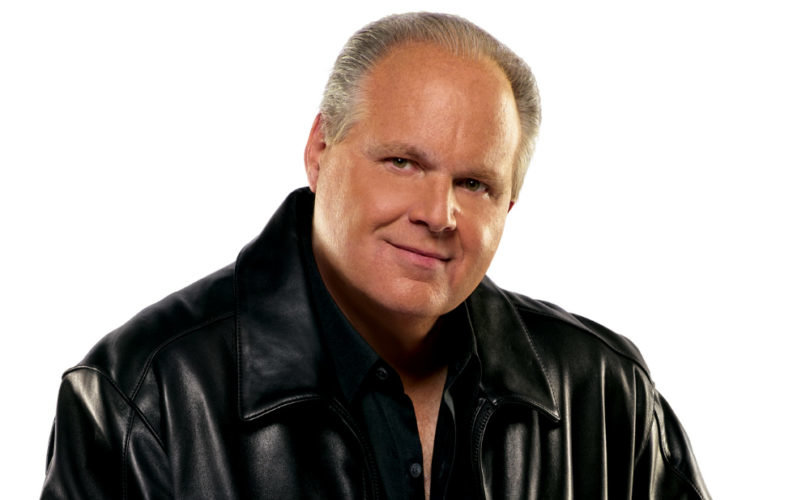 PALM BEACH, Florida, August 30, 2018 (LifeSiteNews) — Rush Limbaugh blasted Pope Francis as hypocritical for scolding oil executives on climate change but taking no action against his own cardinals as the sex abuse scandals rocking the Catholic Church now implicate the pope himself.

The former top Vatican diplomat in the United States, Viaganò alleges the pope knew about homosexual predations by ex-Cardinal Theodore McCarrick but disregarded sanctions Pope Benedict reportedly imposed on McCarrick, and instead made the now-disgraced one-time archbishop of Washington “his trusted counselor.”

Limbaugh pointed out that in June, Pope Francis “summoned a group of oil and finance executives” to the Vatican to warn that “levels of carbon dioxide emissions and atmospheric concentrations of greenhouse gases are ‘disturbing and a cause for real concern,’” and to urge them to take immediate action.

“This is the vicar of Christ doing this,” added Limbaugh, who is not a Catholic.

“Could we all agree that rampant pedophilia in the Catholic Church is ‘disturbing and a cause for real concern?’ Could we agree?” he added.

“No. In fact, the story is that he’s long known of all of this and hasn’t done much about it. But when it comes time to climate change, greenhouse gases, there is no time to lose.”

This amounts to “rampant and blatant hypocrisy that is related to a political agenda.”

While Limbaugh focused on pedophilia in the Catholic Church, a LifeSiteNews analysis of the Pennsylvania grand jury report released mid-August revealed 75 percent of accused priests were pederasts, that is, they preyed on teenagers. Of these, one-fifth preyed on teenage girls, and four-fifths on teenage boys.

“Contrary to a popular notion about predator priests, only 17 percent of the offenders could be categorized as pedophiles, of which roughly two-thirds were homosexual and one-third were heterosexual,” noted the analysis.

Limbaugh also accused the pope of being a “leftist, socialist” who was “unable to leave his politics at the door when he became pope. He took it right in to the Vatican with him. And he’s doing things with it previous popes have not done.”

With leftists in charge and no checks on their power, “you’re gonna get ruination in the name of freedom and expression and non-judgmentalism,” he warned.

“But, man, if there’s anyplace else that judgmentalism ought to be ruling the day would be major churches, major religions. What else are they for? Other than the moral straight and narrow and strength of faith.”