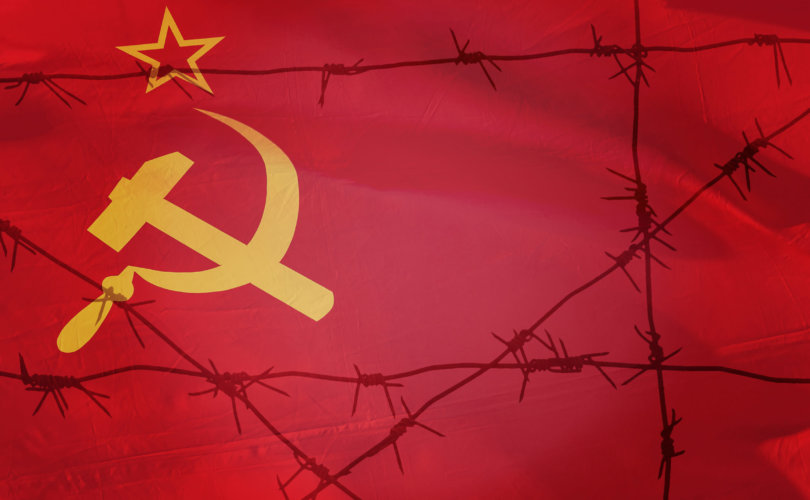 MOSCOW, Russia, November 16, 2020 (LifeSiteNews) – Out of the many news headlines that have dominated the year 2020 so far, there is one somber event that is in danger of being forgotten: November 18, 2020 marks the 100th anniversary of the first-ever legalization of abortion.

Researchers estimate that legal abortion has resulted in about one billion abortions worldwide in the past 100 years, making it what they call the “greatest genocide in history.”

On this date 100 years ago, Soviet Russia announced the legalization of abortion in order, according to the state explanation, to combat the growing numbers of women who were having adverse health effects as a result of illegal abortions.

In doing so, the country became the first in the world to legalize the killing of preborn children.

In contrast, a few months earlier, in July 1920, France had passed a law forbidding the sale or promotion of contraceptives.

Russia’s new ruling predated any other legalization of abortion in the world by more than a decade, for it was not until 1931 that Mexico legalized abortion in case of rape.

In an archived article in the New England Journal of Medicine (NEJM), Dr. Mark Field presented a history of the legality of abortion in Russia, until his present day era of 1956.

The Soviet decree accompanying Russia’s 1920 legalization of abortion mentioned that the new law came about to do away with “underground” abortions in which “up to 50 percent of such women are infected in the course of the operation, and up to 4 percent of them die.”

Consequently, the 1920 decree allowed for abortions to occur for free, providing they were performed by a doctor. Among other conditions, the woman must remain in bed for three days after and then be rested for a further two weeks after the abortion. The NEJM records that doctors were supposed to “discourage a woman from abortion if there were no social, economic, or medical reasons for it.” In tandem with this “was the dissemination of birth-control information and contraceptives.”

Toward the end of the 1920s, living conditions became more cramped as “urban housing became extremely scarce, and families most often had to content themselves with one room, sharing bathing toilet and cooking facilities with other families in the same apartment.”

The social change was a natural effect of the Soviet regime, which “under Stalin’s direction, embarked on a massive program of industrialisation and collectivisation of agriculture.”

Combined with the fact that “more women were being drawn into the labor force”, Dr. Field states that “it is fairly safe to assume that the rate of abortions significantly increased above the figures of the twenties.”

However, the rise in abortion swiftly led to “increased family instability,” which meant that children raised in such families “would hardly become the stable, hard-working and conscientious workers required for an industrial society,” and for the Society regime. Thus, new laws were proposed in 1936 that would restrict abortion laws.

The public response to the proposed laws provide an insight into the realities of life in the Soviet Union. Among the many objections to possible restrictions on abortion were found those such as “we all want to be working women,” and that “shortages in nurseries, kindergartens, dining halls, housing and equipment” made abortion a necessity of life.

A so-called “research worker” commented that “the tribe of ‘housewives’ is dying out and should … become extinct.”

Nevertheless, under Stalin in 1936, abortions were widely forbidden once more. In the accompanying document to the legislation, the state wrote that “Nowhere … did woman, as a mother and citizen who bore the great and responsible duty of giving birth and bringing up citizens, enjoy such respect and protection as in the U.S.S.R.”

The note went further to claim that “It is only under socialism … that exploitation of man by man does not exist, woman is an equal member of society … and it is seriously possible to organise the struggle against abortions by prohibitive laws as well as by other means.”

Any “underground” abortions were attributed to “a remnant of capitalistic consciousness among the less enlightened members of society.”

Abortion was not completely forbidden, for the law stipulated that it would be permitted “when the continuation of pregnancy endanger the life or threatens serious injury to the health of the pregnant women, and equally when a serious disease of the parents can be inherited.”

In such situations, abortion was allowed, provided it was “under hospital and maternity home conditions.”

But in 1955, the Societyviet Union performed a u-turn once more on its abortion laws, and on November 23 1955, passed the decree “The Repeal of the Prohibition of Abortions.” The commentary with the decree said that due to “the measures enacted by the Society state to encourage motherhood and protect infancy … cultural and social life, permits ‘at the present time the lifting of the prohibition on abortions in the legal sense.'”

Continuing, the note said “(t)he repeal of the prohibition on abortions will permit the limitation of the harm caused to the health of women by abortions carried out outside of hospitals.”

Hence, the new law abrogated the prohibitions enforced in 1936, and permitted abortions to take place, providing they occurred in permitted institutions.

Dr. Field noted that as result of a private investigation, he had been informed that “the price for an abortion is 50 roubles, married or unmarried, no questions asked.”

Field also observed that by February 1956, there had been no publicity at all regarding the change in law.

A later report made in 1997 found that “Abortion has long been the traditional method of family planning (FP) in Russia.”

Studies have indicated that Soviet officials did not publish their abortion statistics, but medical estimates place the figure between 6 million to 7 million each year from 1955 until the mid 1980s.

Russia currently has around 412 abortions per 1,000 live births.

In a recent article re-published on LifeSiteNews, Father Richard Heilman commented on the 100-year anniversary of the first legalization of abortion in the world. “What if this opened a gigantic satanic portal, and the ticking clock of Satan’s 100-year unbinding started when Russia was the first to legalize abortion in 1920?” suggested Fr. Heilman.

“Abortion is the worst genocide in human history,” reminded Fr. Heilman, “this horror unto God all began just three years after Fatima, as Russia was the first to ‘open this demonic portal’ in 1920.”

“Maybe this points to the ‘errors of Russia?’ Maybe, because Russia opened the portal, this is why Russia was singled out for Consecration?”