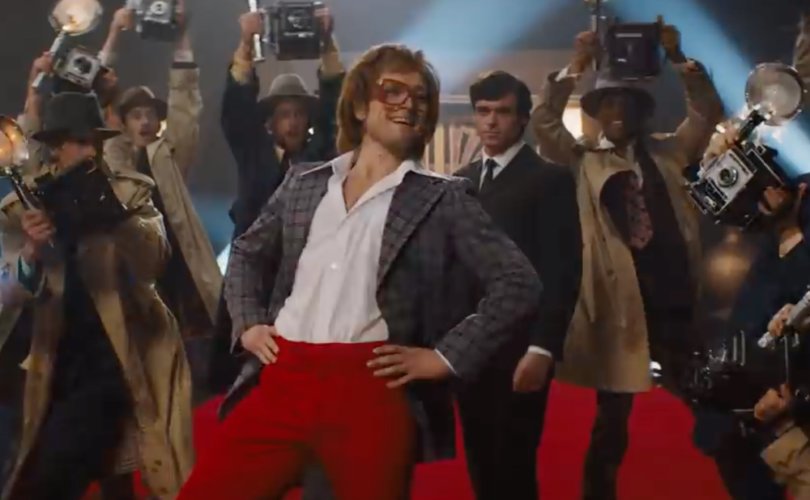 MOSCOW, Russia, June 4, 2019 (LifeSiteNews) ― The Russian version of Rocketman, the authorized biographical film of homosexual singer Elton John, is missing its “gay male sex” scene along with a caption near the end of the movie about the singer raising children with his same-sex partner.

The Russian media company that distributed the film edited the film to comply with “local laws,” the UK’s Guardian is reporting. Russia's 2013 “gay propaganda” law forbids the indoctrination of children under 18 into homosexual ideology.

“While shocking, it’s not terribly surprising that the homosexuality has been diluted from a film about one of the world’s most iconic gay men because of the Russian government’s desire to marginalize and demonize the LGBT community,” wrote
Philippa H Stewart of Human Rights Watch.

“The anti-gay propaganda law is clearly to blame,” she stated, adding: “The cuts to Rocketman fuel the idea that homosexuality is somehow wrong.”

Russian lawyer Ilya Kotlyar told LifeSiteNews over social media that even though the 18+ age restriction already limited the movie to adults, the homosexual sex scenes were likely cut to give the distributors “the opportunity to widen the potential audience.”

Elton John and people associated with the production of Rocketman have voiced their disappointment that the film was edited for its Russian audience.

According to the Guardian, John and the filmmakers released a joint statement saying that they “reject in the strongest possible terms the decision to pander to local laws and censor Rocketman for the Russian market, a move we were unaware of until today.”

“That the local distributor has edited out certain scenes, denying the audience the opportunity to see the film as it was intended is a sad reflection of the divided world we still live in and how it can still be so cruelly unaccepting of the love between two people,” they continued.

“We believe in building bridges and open dialogue, and will continue to push for the breaking down of barriers until all people are heard equally across the world.”

In 2015, John indicated that he wanted to have a meeting with Russia’s president Vladimir Putin to ask him to strike down the law forbidding the inculcation of young people with LGBT propaganda. This meeting has still not taken place.