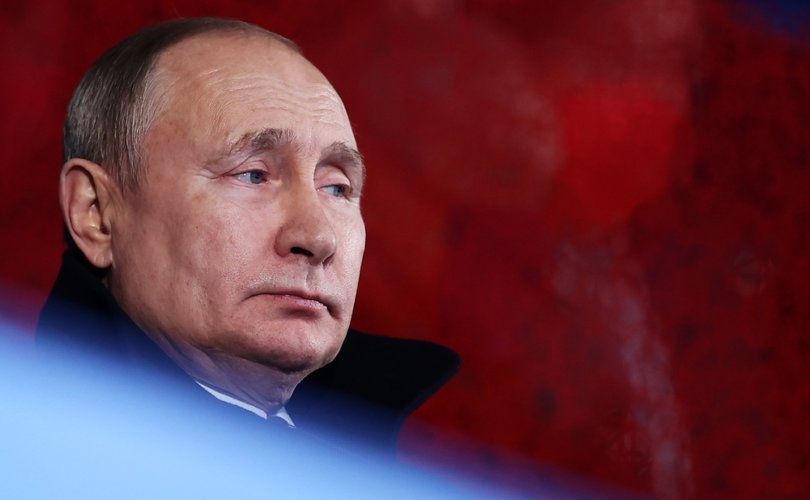 According to TASS, a news agency owned by the Russian government, President Vladimir Putin signed a law Sunday banning “propaganda of nontraditional sexual relations, gender reassignment and pedophilia” among all ages.

TASS reports that the ban includes “propaganda” disseminated via books, movies, social media, advertisements, and traditional media. Individuals who violate the new law could be slapped with a fine up to 400,000 rubles ($6,400), while organizations could face up to a 5 million ruble fine ($79,900), according to Bloomberg.

Foreigners, meanwhile, could face expulsion from the Russian Federation if caught violating the law.

The new law expands Russia’s ban on pro-LGBT material to encompass adults, as a previous law enacted in 2013 only prohibited the targeting of minors under the age of 18.

Russian lawmakers had been considering the legislation for months, introducing a proposed bill in the State Duma back in June and submitting amendments to the Federation Council in July. Upon Putin’s signing of the bill over the weekend, the State Duma made record of it in its database, per TASS.

For years, Vladimir Putin has sought to position Russia as a staunch defender of “traditional values” in opposition to a decadent West.

“Do we want to have here, in our country, in Russia, ‘parent number one, parent number two and parent number three’ (they have completely lost it!) instead of mother and father?” Putin asked in a September 30 speech commemorating the accession of four Ukrainian regions into Russia.

“Do we want our schools to impose on our children, from their earliest days in school, perversions that lead to degradation and extinction?” he continued. “Do we want to drum into their heads the ideas that certain other genders exist along with women and men and to offer them gender reassignment surgery? Is that what we want for our country and our children? This is all unacceptable to us. We have a different future of our own.”