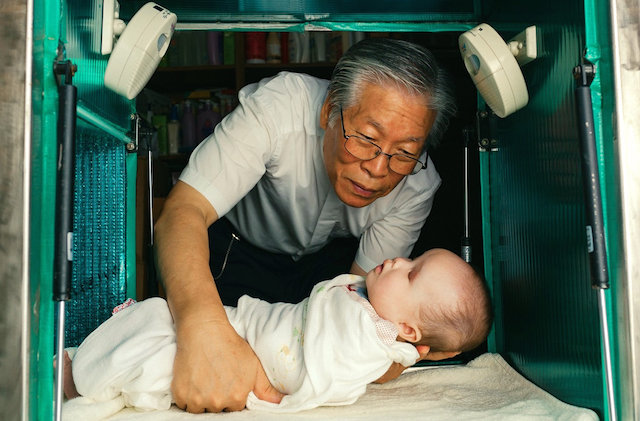 In an interview with The Moscow Times, Cradle of Hope founder Yelena Kotova explained that her organization has saved 31 newborns with 21 “baby boxes” across Russia. Now, she has asked Moscow officials to approve drop boxes at hospitals across the city.

“We are not here to encourage parents to abandon their newborns,” Kotova told Times. “We are trying to safeguard two lives: the mother's and the child's. We are here to make sure that the mother doesn't become a criminal and that her child survives.”

Baby boxes, which are stuck to walls of medical facilities, walk a careful balance between saving lives and not further burdening mothers whose actions are otherwise called infanticide. With no security cameras or security personnel in the area, women are able to put babies into the heated box, which locks automatically. Minutes later, medical personnel are alerted by an alarm.

Police and social services are then told about the child, in case the baby has been reported as missing, and a doctor examines the baby.

Drop boxes have received a great deal of attention with the release of the movie “The Drop Box.” Backed by the Christian group Focus on the Family, the film is a documentary about South Korean drop boxes sponsored by pastor Lee Jong-rak.

More than 210,000 Americans have seen “The Drop Box,” according to Focus on the Family. The organization also told LifeSiteNews that more than 900 screens in 727 theaters showed the movie, with an encore in 435 theaters launched on March 16.

Twenty-five of the 31 newborns left in Russia's baby boxes have been cared for by other families, while three are being adopted. Three more have been returned to relatives.

Officials in Moscow say they are considering Cradle of Hope's proposal, and that the medical community will be discussing the possibility of expanding the number of drop boxes.

When he began shooting a film on a pastor saving disabled babies, he had no idea God was planning to save him