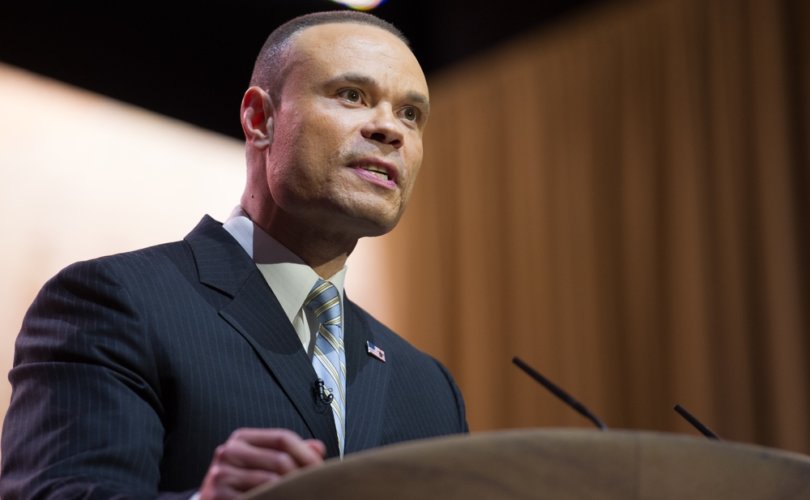 (LifeSiteNews) — Fox News host Dan Bongino said Saturday that he is concerned companies like Visa and Mastercard could begin to shut off services to conservatives.

Both companies recently shut down business in Russia after a request from California Democratic Congressman Brad Sherman and Ukrainian President Volodymyr Zelenskyy.

“The saddest part about this whole thing: I’m out to dinner with my wife tonight before I got on the air, and we’re having a conversation, and she asked me about Mastercard,” Bongino told Heritage Foundation’s Kara Frederick on Fox News on Saturday.

She’s like, “What do you think about Mastercard cutting off Putin and Russia, and then PayPal and other payment services?” I said, “Y’know what? Ordinarily I would say, wow, that’s really terrific, good, it will put some pressure on them.” But you know what seriously concerns me? That the Left will see this as a bat-signal to go and turn this on their political enemies here at home. And by the way, that’s not a conspiracy theory! They’ve already done this kind of stuff.

Payment processor Stripe, for example, shut down business with President Donald Trump’s campaign after the violence and unrest at the U.S. Capitol on January 6, 2021.

Fundraising website GoFundMe has canceled fundraisers for causes that its leaders do not approve of, such as the Canadian trucker convoy. Domain hosting site GoDaddy also pulled a Texas Right to Life website set up to help people enforce the state’s Heartbeat Act.