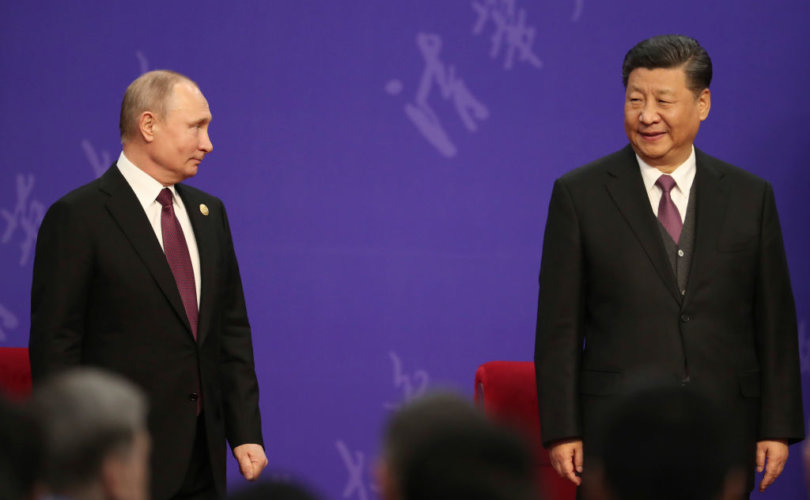 “We, together with you, and with our sympathizers will move towards a multipolar, just, democratic world order,” Lavrov said in a video ahead of his meeting with Chinese Foreign Minister Wang Yi.

Lavrov added that the formation of this new “world order” is increasingly necessary as the globe continues to live “through a very serious stage in the history of international relations.”

In response, China’s foreign ministry released a statement from its minister, Wang Yi, agreeing with Lavrov’s sentiment and plainly stating the country’s partnership with Russia.

Another member of the Chinese foreign ministry, spokesman Wang Wenbin, also revealed to reporters that China is working closely with Russia with the specific goal of “advancing global multipolarity and the democratization of international relations.”

READ: Global COVID tyranny has opened our eyes to the evil plans of the World Economic Forum

This is not the first time China and Russia have pledged public allegiance to one another, particularly with respect to furthering a global agenda.

The willingness China and Russia have for working together to further their goals on the world stage is largely unsurprising to those who follow the actions of the U.N. and other more behind-the-scenes global groups like the World Economic Forum (WEF).

Both Jinping and Putin have heralded the work of WEF chairman Klaus Scwhab, with Putin praising Schwab’s concept framework of a “Fourth Industrial Revolution.”

While LifeSiteNews has noted the inconsistencies with how the mainstream media has covered the Russia-Ukraine conflict, by largely ignoring the actions taken by Ukraine, NATO, and other globalists to provoke the war, Putin too has come under intense scrutiny for his role in furthering a global totalitarian agenda.

As reported by LifeSiteNews, in addition to praising Schwab and his commitment to following the U.N. 2030 agenda, Putin enforced COVID-19 lockdowns, signed Russia up for the 2015 Paris Climate Accord, and has defended the expansion of artificial intelligence in accordance with the WEF’s “Great Reset” agenda.