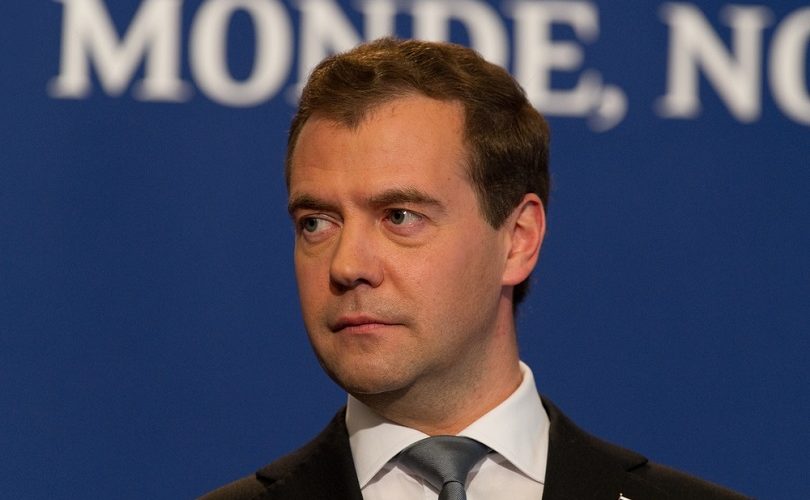 MOSCOW, May 5, 2015 (LifeSiteNews.com) –A bill to defund abortions on demand failed miserably in the Russian Duma late last month, but pro-life leaders such as Dmitry Baranov of the Warriors for Life have not given up hope.

Politics are different in Russia, and the bill's striking defeat – only 11 deputies out of 450 voted for it – reflects not so much the will of the Duma, nor the government led by Prime Minister Dmitry Medvedev, but the circumstances of the day.

“We should understand that the deputies in Russia are not independent and the decisions are not made in parliament,” Baranov told LifeSiteNews via email. “Decisions are made in the presidential administration. Pro-life law could be passed by parliament if it is the will of the country's leadership.”

The government is perceived as pro-life – the prime minister’s wife, Svetlana Medvedeva, ardently so. The government’s reasons, as summarized in a 2011 report by the pro-abortion Sexuality Information and Education Council of the United States (SIECUS) are twofold: first, it is in a close, nationalistic alliance with the Russian Orthodox Church, which opposes abortion for moral reasons.

The second reason, says SIECUS: “Russia’s decreasing population is also a driving force behind efforts to restrict abortion. The size of the Russian population has become a central issue for President Medvedev, whose other attempts to increase population include offering land plots to women to encourage them to give birth.”

Russia’s birth rate began its fall after the fall of the Berlin wall in 1989. The nation's fortunes, including its total fertility rate, fell throughout the 1990s, as President Boris Yeltsen implemented the “shock economics” plan drawn up by Harvard professor Jeffrey Sachs, and presided over what many called a mafia kleptocracy.

It only began to rebound after the new millennium during the leadership of Vladimir Putin, but has remained well below replacement level. In 2005 the UN was predicting the country’s population of 143 million could fall by a third by 2050.

Government encouragement of childbearing, improvements in health care, and a reduced death rate have raised Russia’s birthrate substantially, and its population is growing naturally again, closely watched by government demographers.

Baranov expects a second, private member’s anti-abortion bill to be presented to the Duma, one that would criminalize abortion in most cases. Parts of the proposed legislation have already been disapproved by the Medvedev regime. The prime minister disapproves of its ban on chemical abortions, because the same drugs are used for the treatment of gynecological diseases. He also disavows the ban on abortion to save the life of the mother, even with the husband’s permission, because of its unpopularity.

Baranov does not expect this bill to pass, either. But he confesses, “I have an irrational hope.” If and when popular opinion can be brought around, by the Russian Orthodox Church and pro-life groups, the government is ideologically and pragmatically ready to ban most abortions.

“Authorities in Russia are afraid of any dissatisfaction,” Baranov said. “And I think they did not dare do the pro-life law and risk heated opposition in society. They want everything to be ‘quiet.’”

From Russia the anti-family poison spread, and now from Russia comes the antidote

Russian parliamentarian proposes near-total ban on abortion – but will it pass?