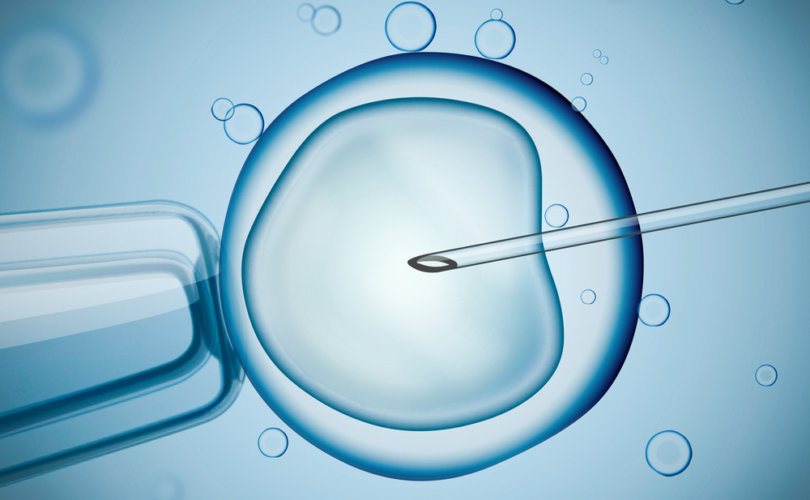 February 16, 2021 (LifeSiteNews) – The Russian Orthodox Church has issued a draft document suggesting that “given the significant development of reproductive technologies,” in vitro fertilization (IVF) may be an acceptable method of conceiving children “for spouses who are in childbearing age.”

The document, titled, “Ethical Issues Associated with the In Vitro Fertilization Method,” was sent to the dioceses of the Russian Orthodox Church as part of a project to implement a possible change in its law regarding IVF, on account of developments in the technology over the last 20 years since the Russian Church first formulated a position.

The text argues that based on the moral repugnance of abortion, “the Orthodox point of view” is that “all kinds of extracorporeal fertilisation (IVF) involving the production, conservation, and purposeful destruction of ‘spare’ embryos” are “morally inadmissible.”

Proponents of a revision to the doctrine claim that “the main ethical problem associated with IVF is the use of techniques that involve the destruction of part of the embryos,” thus setting up the argument that, if IVF can be developed in a way that does not destroy embryos, then it can be morally permissible.

The proposed revision to this doctrine would introduce an exception to the inadmissibility for those IVF procedures that either wholly, in part, or without hormonal stimulation, reap eggs from the mother which “will be subjected to extracorporeal fertilization, which will then be transferred into the womb without freezing,” emphasizing that no “excess” embryos can be created.

While the authors do make provisions that no cryogenic preservation of embryos can be accepted and that donation of sperm cells from a man who isn’t the husband cannot be accepted, they neglect to tackle the moral issue of IVF replacing the marital act as the God-ordained means to bearing a child.

The doctrinal document from 2000 clarifies, to some extent, the Russian Church’s moral positioning regarding marital relations and medical intervention for the sake of childbearing, allowing for artificial insemination “since it does not violate the integrity of the marital union,” on their account.

Conversely, the Catholic Church teaches that since IVF completely diminishes the marital act as the means of achieving pregnancy, it can never be moral. Like the Russian Church, Catholic teaching recognizes the abortive nature of IVF, and the associated practice of cryogenic preservation of embryos, as immoral.

In an explanatory note attached to the end of the Russian Church’s draft document, the authors noted there was divided opinion among members of the Church as a whole.

“Currently, there is disagreement among the church community on the use of IVF. Some of the clergy and medical specialists oppose IVF in any form in principle. Others argue that a categorical ban on IVF for childless Orthodox Christians would mean depriving them of the opportunity to find the joy of parenthood.”

Opposition to the revision seemed strong, with some demonstrating that “a significant part of attempts to implant embryos have been unsuccessful, so there can be no complete confidence in the preservation of the life of embryos.”

Therefore, “any attempt to create an artificial environment and artificial mechanisms of conception is considered by some opponents of IVF in any form as a humiliation of the dignity of the human person and a sin.”