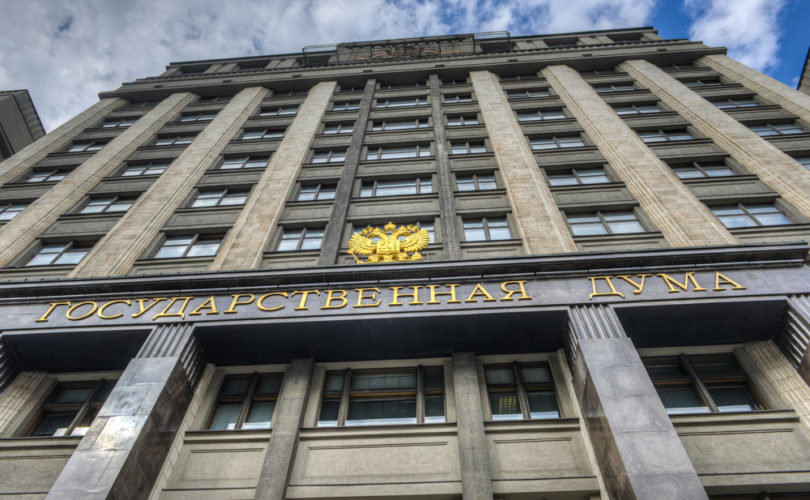 MOSCOW, February 6, 2015 (LifeSiteNews.com) — Russia’s ratio of aborted pregnancies to live births, once considered the highest in the world at almost 3 to 1, is swinging the other way with recent statistics showing there are now roughly two births for every abortion in Russia.

According to statistics on the official website Rosstat, in 1965 there were 1,990,520 live births and 5,463,300 reported abortions. Unofficial accounts have estimated that the true abortion rate could be as much as double that figure.

Since then, however, while births have marginally increased or decreased, the number of reported abortions has dropped consistently, with the latest figures available, for 2013, showing 1,901,182 live births and 880,000 abortions.

While the yearly destruction of almost a million children is still a threat to Russia's demographic stability, both the government and the Russian Orthodox Church have initiated pro-life measures and programs to continue to reduce abortion numbers.

In 2013 Russian President Vladimir Putin signed a law banning abortion advertising. In 2011 a law was passed banning abortion of unborn babies older than 12 weeks and mandated a waiting period of 2 to 7 days for women seeking an abortion. The government also pays a one-time baby bonus of the equivalent of $13,000 to the parents of every newborn.

Last month, in what was called the first address by a head of the Russian Orthodox Church to the Duma, or lower chamber of Parliament, in modern Russia, Russian Orthodox Patriarch Kirill called on the Russian government to build on its support for the family and traditional marriage by defunding abortion in the country, with the objective of eliminating the killing of pre-born children altogether.

The Patriarch linked the “horrifyingly high” number of abortions to a Western rejection of moral norms.

“The idea of absolutely prioritizing ‎the value of free choice and of rejecting the priority of moral norms has become a slowly exploding ‎bomb for Western civilization,” he said to the legislators.

“If we could just cut in half the number of abortions, there would be steady and powerful demographic growth,” Patriarch Kirill said, adding the exhortation that, “Russia's ability to stand up in the face of modern pseudo-values depends to a large extent on the active stance of Russian parliamentarians.”

Steven Mosher, president of the US-based Population Research Institute, observed that the cumulative effect of all of the pro-life, pro-natal policies taken up by Russia is significant.

“As a result of the adoption of enlightened policies to protect the sanctity of human life, Russia's population decline has been virtually halted, and the country has been put on a more stable demographic course.

“Russia’s demographic winter is not yet over, but there are signs of a spring thaw,” Mosher said.