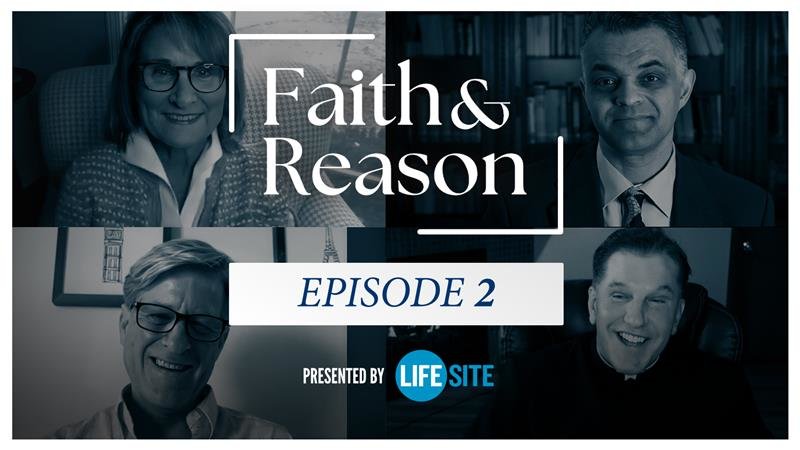 (LifeSiteNews) — On this week’s episode of Faith & Reason, Jack Maxey led off with his take on the latest developments in Russia’s invasion of Ukraine. He believes there may be a “negotiated peace” in which the West will be compelled to recognize the independence of Ukraine’s Donetsk and Luhansk regions to prevent further catastrophe.

“Now imagine the world today if Russia had joined NATO, and we had turned our power against radical Islam and against Communist China. It would be a completely different playing field,” he added. “But we didn’t do that. And in his speech to his own people, [Putin] said several times, ‘Why are they constantly trying to make an enemy out of me?’ And I think there’s a lot of truth to that question, and I certainly would like to hear it answered by our leadership.”

Liz Yore drew attention to the message of Our Lady of Fatima and called on Catholics to pray the Rosary for world peace and the consecration of Russia to the Immaculate Heart of Mary.

“I think it’s important for everybody to turn back to Fatima. Read the messages of Fatima,” she said. “For me, this is becoming an urgent cry to the world … that we should all go to Fatima.org and start gathering our families and praying the family Rosary. Ukraine and Russia could devolve into yet the Third World War. We know that all sorts of momentous things are going to be happening as a result of the secrets of Fatima. Is this the time with what’s happening in Ukraine and Russia? I don’t know, but certainly we can mitigate these times, these dangers.”

This discussion soon transitioned into one on Justin Trudeau’s laughably hypocritical response to Putin’s “authoritarianism,” which then dovetailed nicely with a broader discussion on the Great Reset.