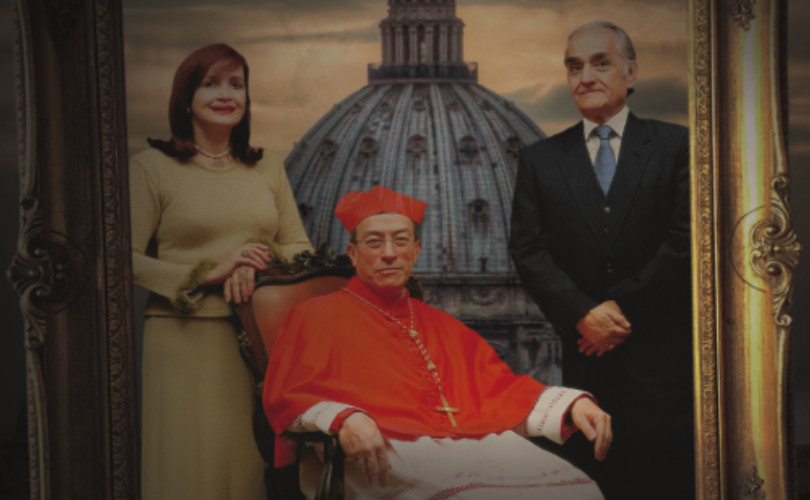 June 10, 2021 (LifeSiteNews) – An increasing number of Catholic media outlets are bringing attention to a new book released by LifeSiteNews that reveals involvement of Pope Francis in a cover-up of his top cardinal, Óscar Andrés Rodríguez Maradiaga.

Sacred Betrayals: A Widow Raises Her Voice Against the Corruption of the Francis Papacy has been translated into English for the first time from its original Spanish by author and writer Matthew Cullinan Hoffman.

The book was initially released in 2019 by Martha Alegría Reichmann, the widow of Alejandro Valladares, former Ambassador of Honduras to the Holy See and dean of the Vatican diplomatic corps.

Hoffman has appeared on multiple Catholic podcasts and radio shows in recent weeks detailing Reichmann’s tell-all story about how Mardiaga covered up sexual abuse and misconduct of his auxiliary bishop, Juan José Pineda Fasquelle, and also diverted millions of dollars of Church money to fraudulent investment schemes that have since disappeared.

Brian McCall of Catholic Family News conducted a wide-ranging, 45-minute interview with Hoffman about not only the book but also about why Reichmann, a devout Catholic, decided to go public in the first place.

During an appearance on Guadalupe Radio’s “Catholic Drive Time” with Joe Mclane, Hoffman explained how Maradiaga’s relationship with Pope Francis has allowed him to go unpunished for his misdeeds. Guadalupe Radio is a terrestrial radio station based in Texas and has over 20 local affiliates across the United States.

Hoffman also appeared on The David L. Gray Show, which is also hosted on Guadalupe Radio.

Sacred Betrayals: A Widow Raises Her Voice Against the Corruption of the Francis Papacy is now available from Faithful Insight Books, a publishing imprint of LifeSiteNews. Click here to purchase.