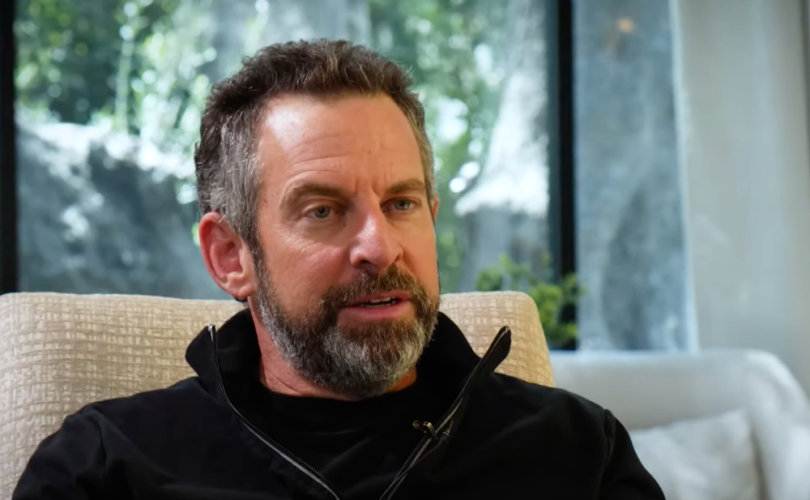 Sam Harris on the Triggernometry podcastYouTube

(LifeSiteNews) – The liberal, atheist political commentator Sam Harris recently stated that there was a “conspiracy” by the media to cover up the contents of Hunter Biden’s laptop – and that it was “warranted.”

Sam Harris also argued that even if President Joe Biden was receiving kickbacks from foreign investors in Ukraine or China, it would come nowhere close to the failures of Trump University, a questionable real estate and investing school started by Donald Trump.

Harris made the comments on the “Triggernometry” podcast published on Thursday. He was discussing Hunter Biden’s laptop, which contained emails that appeared to show the president’s son using his father’s influence to arrange business deals with Chinese and Ukrainian officials.

Joe Biden has denied involvement in and knowledge of his son’s business dealings, but one email referred to 10 percent of the profits from a deal going to the “Big guy” which potentially referred to the current president.

Big Tech worked to suppress people from sharing the New York Post story on Hunter’s laptop especially prior to the 2020 U.S election, and Twitter even suspended the newspaper’s account until it deleted a tweet with the article link.

“Hunter Biden literally could have had the corpses of children in his basement, I would not have cared,” Harris said.

“Whatever the scope of what Joe Biden’s corruption is – we can just go down that rabbit hole endlessly and understand that he’s getting kickbacks from Hunter Biden’s deals in Ukraine or wherever else, or China – it is infinitesimal compared to the corruption we know Trump is involved in. It’s like a firefly to the sun,” Harris said on the podcast. “It doesn’t even stack up against Trump University.

“Trump University, as a story, is worse than anything that could be in Hunter Biden’s laptop in my view,” he said.

“Now that doesn’t answer the people who say it’s still completely unfair to not have looked at the laptop in a timely way and to have shut down the New York Post’s Twitter account like that…but I think it was warranted,” Harris argued.

He also called Trump an “existential threat to our democracy,” and argued that it wasn’t just the left-wing movement who wanted to stop him from winning in 2020, because Congresswoman Liz Cheney, a nominal Republican who was thrashed recently in a GOP primary, also opposed him.

The comments from Harris drew criticism from some online.

This man just set his entire career on fire pic.twitter.com/FG3JI5Rb7e

“Sam Harris is the end result of godless secularism. His continued public meltdowns and admission of collaborating with evil will bring more people to the truth,” Mike Cernovich tweeted.

“Sam Harris’s case is revealing. He and the new atheists spent a decade arguing once you cured people of the mind virus of religion, they would become rational science-believers. Then the great awokening swept across secular liberalism, proving definitively they were idiots,” Geoff Shullenberger of Compact magazine tweeted.

Harris later began to walk back his remarks on Twitter.

On the podcast, I was speaking narrowly about the wisdom and propriety of ignoring the Hunter Biden laptop story until after the election. I’ve always thought that this was a very hard call, ethically and journalistically. 4/6

“I was essentially arguing for a principle of self-defense (where there’s a continuum of proportionate force that is appropriate and necessary to use),” Harris tweeted. “I’ve always viewed Trump as a very dangerous person to elect as president of a fake university, let alone the US, and when he became a sitting president who would not commit to a peaceful transfer of power, I viewed him as more dangerous still.”

“Perhaps just admit that you prefer censorship as long as your team does it,” journalist Jordan Schachtel suggested in response.