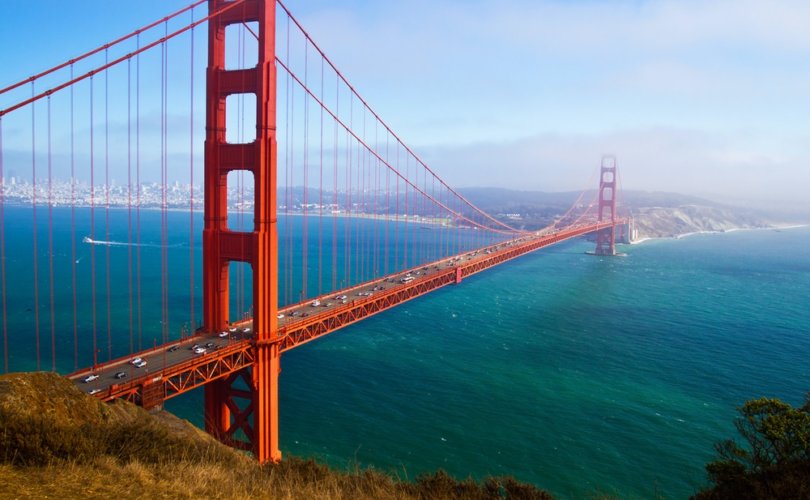 City Attorney Dennis J. Herrera demanded to confirm by the end of June “that the Archdiocese will cease offering indoor religious services, except for funerals with up to 12 attendees and except for live streaming as described above; and further that the Face Covering requirements and Social Distancing Requirements of those orders will be followed at all outdoor services.”

The Archdiocese of San Francisco has not yet publicly reacted to the demand.

Father Joseph Illo, a priest in San Francisco, commented on his blog, “Clearly some people in the city government and the news media find religion intolerable. They hate religion.”

The archdiocese’s safety protocols for reopening public Masses, which were published on June 6, stated, “In charity to all and in consideration of public health and safety, those attending Mass must wear a mask.” Additionally, “The six-foot distance rule must be strictly enforced,” with each church preparing “distanced pews in accordance with the social distancing guidelines.”

Churches are supposed to be sanitized after each Mass, and “all Masses held inside of church should be kept short, not to exceed 30-40 minutes in duration.” Music can only be “provided by one musician and one cantor but no choir and without congregational singing.”

Holy Communion, the archdiocese advised, should be distributed outside of Mass. “The faithful receive Holy Communion in the normal way. If the priest senses that his fingers have made contact with a person’s hands or mouth, he should pause, place the ciborium on the corporal, cleanse his fingers in the ablution bowl and dry them on the purificator, and then use hand sanitizer(non-scented).”

All of these measures are not enough for the city and county of San Francisco.

The letter criticizes that liturgical ministers are not required to wear masks. It is unclear how the priest at the altar, which is removed more than six feet from the congregation, would infect any of the faithful with the coronavirus. In any case, the local government stated that in its orders, there is “no exception for liturgical ministers to not wear a face covering and, in fact, when indoor services do resume, it will be particularly critical that religious leaders wear them.”

Also, “City guidelines also require singers to be in isolation booths or in a separate room from others while singing. While the Archdiocese’s protocols admit to some limitations on singing, these would not adequately mitigate the heightened risks attendant to singing.” Again, it is unclear how one cantor, by himself in the choir loft, would infect any other person with the coronavirus.

The letter gave no explanation for limiting attendance at outdoor Masses to 12 people, even though so-called social distancing, even beyond six feet, could easily be maintained in many church parking lots.

As far as indoor Masses are concerned, “the Health Officer’s Order prohibits these indoor gatherings because they are unsafe,” the City Attorney wrote, accusing the archdiocese of making “San Franciscans less safe” by having Mass inside.

City Attorney Herrera suggested, “Religious services may continue to be live-streamed to congregants, as they have since the beginning of our sheltering in place, so long as the number of people involved in the service and streaming it is no more than 12 people total, the place of worship is closed to the public and no congregants are involved, physical distancing is observed, and singers perform in isolation booths or in a room separated from others.  Parishioners without internet may also call into a service that can be placed on speaker phone.”

He seemed to be unaware that these alternatives are, for Catholics, no substitute for physical attendance at Holy Mass on Sundays, as well as receiving Holy Communion.

In the letter, the city and county of San Francisco revealed that several people had snitched on Catholic parishes, and “one of our investigators” was directed “to survey several Catholic Churches on Sunday June 21 and Sunday June 28.”

Father Joseph Illo, whose parish Star of the Sea was mentioned several times in the letter, pointed out that the “free exercise of religion is an essential activity in America, guaranteed by the U.S. Constitution (‘Congress shall make no law respecting an establishment of religion, or prohibiting the free exercise thereof’).”

He then explained how religious services seem to be specifically targeted by the local government. “Fifty people crowd onto city busses [sic] outside my door several hundred times a day, in the most unsanitary of conditions. Groups of twenty people gather in Golden Gate Park without masks on every sunny day, four blocks from my door.”

“Hundreds gather in Costco from 9-9 every day,” Illo continued. “Dozens of people eat at restaurants on the streets around my church, without masks. The mayor addresses hundreds of people in a protest at City Hall, many of whom wear no masks. And the city is telling my church that we cannot have a gathering of more than 12 people, outside, for an activity that is specifically protected by the Constitution?”

In June, a Black Lives Matter mob in San Francisco ripped down a statue of St. Junipero Serra, a Catholic missionary canonized by Pope Francis in 2015.

Illo also posted a picture on his blog of a nail poking into a wheel, writing, “Somebody who clearly doesn't want me around jammed a nail up against my scooter front tire the other day.”