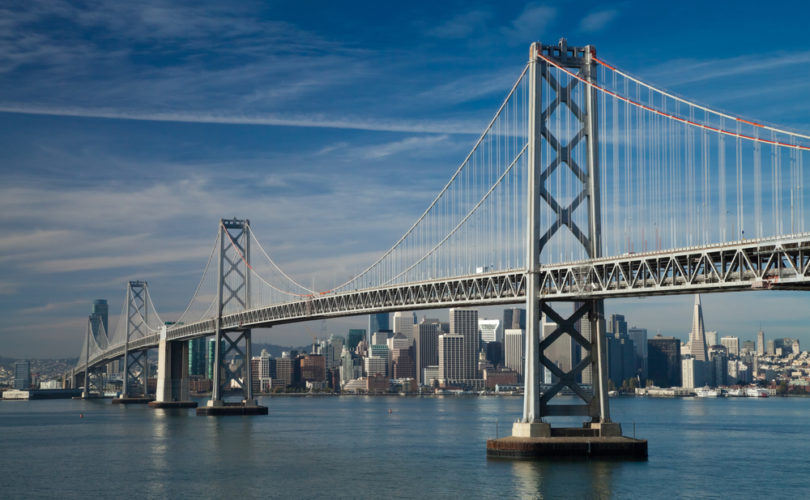 Joe Biden won around 86 percent of the vote in San Francisco in 2020.

I HAVE MASSIVE, EARTH-SHATTERING NEWS!

San Francisco voted to recall 3 school board members — each will be ousted from office.

This was a victory for parental choice in education & for our students.

Recall leaders attributed the stunning results in one of America’s most liberal cities to widespread outrage over the school board’s COVID-19 policies and preoccupation with woke politics.

“The city of San Francisco has risen up and said this is not acceptable to put our kids last,” Siva Raj, a local father who helped organize the recall effort, told the New York Post. “Talk is not going to educate our children, it’s action. It’s not about symbolic action, it’s not about changing the name on a school, it is about helping kids inside the school building read and learn math.”

The majority of San Francisco’s 115 schools remained closed for over a year, from March 2020 until last fall, the Associated Press reported. The district steadfastly refused to offer in-person classes for months, despite a lawsuit by the city government and mounting evidence that isolation has contributed to unprecedented mental health issues in young people.

Board members faced blistering criticism in January 2021 when they announced that they would rename 44 schools honoring figures, including Presidents Abraham Lincoln and George Washington, who were allegedly “racist.” Parents launched the initiative to remove Collins, López, and Moliga days later.

The recall effort drew support from both Democratic politicians and conservative donors, as well as a broad coalition of parents from across the city, National Review reported.

The school board particularly enraged San Francisco’s Chinese-American community. In tweets uncovered by recall organizers last year, Collins attacked Asian people with racist epithets that included the n-word and said Asians used “white supremacist thinking to assimilate and ‘get ahead.’”

Collins rejected calls from parents and local leaders to resign. After being stripped of her committee assignments and the title of vice president, Collins responded with a failed, taxpayer-funded lawsuit against the school district. The SFUSD’s budget deficit topped nearly $125 million in 2021.

The board had previously angered Asian-American parents with a lottery-based admissions system at the district’s most prestigious high school designed to decrease the number of Asian students and boost black and Hispanic admissions.

“It is so blatantly discriminatory against Asians,” Ann Hsu, a mother of two, said about the policy. Hsu told the AP that her group, Chinese/API Voter Outreach Task Force, registered more than 500 new Asian-American voters for the recall election.

Collins, López, and Moliga were the only members of the seven-member SFUSD board eligible to be recalled this year, according to National Review. Democratic Mayor London Breed, who endorsed the recall, will appoint replacements for the three school board members in consultation with the movement’s organizers. The seats are up for election again in November.

“The voters of this city have delivered a clear message that the school board must focus on the essentials of delivering a well-run school system above all else,” the liberal mayor said in a statement on Wednesday. “Sadly, our school board’s priorities have often been severely misplaced.”

San Francisco will also hold a recall vote in June for district attorney Chesa Boundin, a Marxist, far-left extremist whose leadership has been widely faulted for the city’s record crime surge.

Conservatives have made gains on school boards in solidly Democratic counties across the U.S. in the past year, drawing on parents’ discontent with critical race theory, LGBT ideology, sexually explicit content, and COVID restrictions, LifeSiteNews reported in November.

Education also emerged as a top issue in the Virginia elections last year, when Republicans swept all statewide races and took back control of the state House.

Republicans flip school boards across US as parents revolt against mask mandates, CRT