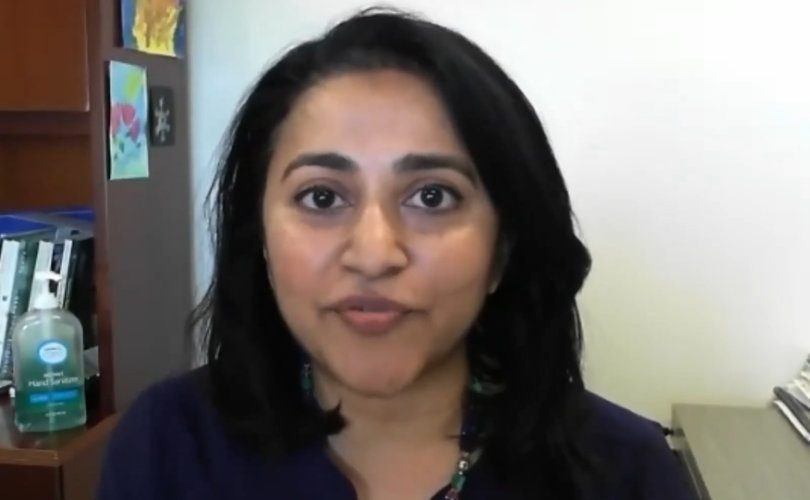 In a virtual townhall meeting November 4, Susan Philip, who is also Director of Disease Prevention and Control, said the city’s proof-of-vaccination system required for entry into restaurants, gyms, and sporting events, will also apply to children aged 5 to 11 in as little as eight weeks.

“There is a related question which people have asked me, which is what about the local San Francisco health orders that require vaccination to go into a restaurant or to go to a [Golden State] Warriors [NBA] game, when is that going to apply to children five to eleven?” Philip said.

“We definitely want to wait and make sure children have an opportunity to get vaccinated,” she explained. “So that will happen no sooner than about eight weeks after the vaccine is available to kids, so there will be a limited time in which there will not be those requirements is our plan. But then at some point, 5–11-year-olds will also have to show proof of vaccination to access some of those same settings.”

In San Francisco, many indoor spaces — including gyms, bars, and restaurants — require citizens to provide a paper copy of their proof of vaccination against COVID-19.

Despite the implementation of the discriminatory measure under the guise of public safety, there has yet to be any evidence produced in clinical trials that proves vaccinated individuals cannot spread COVID, or that unvaccinated people pose more of a risk when it comes to transmitting the virus compared to vaccinated people.

Philip clarified upon request that despite the mandate now being targeted at children, kids aged 5 to 11 will not be able to receive the COVID-19 vaccine without consent provided by a parent or “legal guardian.”

However, Philip mentioned that while “many, many medications” are dosed individually based on a child’s weight, the Pfizer vaccine “speaks to a particular nuance in pediatrics” and is “not weight-based like certain other medications …”

“[T]he vaccine for those ages five to eleven was studied using a dose … that was one-third of the adult dose, and that was really done in order to prevent side-effects from the vaccine but still offer the same effectiveness and protection against COVID-019.”

In spite of Philip’s claim that the safety of children has been considered, all currently available COVID-19 vaccines are experimental, with clinical trials not set to complete until 2023.

Further, according to the American Academy of Pediatrics the COVID-19 mortality rate in children is 0.003% at worst, leading many doctors and medical scientists to decry the practice of vaccinating children against COIVD-19 as medically unnecessary, with some experts going as far as warning that doing so will lead to a massive number of vaccine-related injuries, and even deaths.

Dr. Paul Elias Alexander, an epidemiologist and former senior adviser for COVID pandemic policy in the U.S. Department of Health and Human Services (HHS), said, “There is zero benefit to children from the vaccine,” and worse, “the potential harm from vaccines is severe.”

“My position is that there must be no mass-vaccination of our children, teenagers, and young adults with these vaccines. The vaccine roll-out must be stopped immediately,” stressed Alexander. “We are witnessing this [mass vaccination failure] now with daily reports of adverse effects and deaths due to the temporal links to the vaccines (blood clots, bleeding disorders, myocarditis, and deaths).”

According to Alexander, “The risk of severe illness or death from COVID-19 in children is almost nil (statistical zero),” and children are also “at low risk of spreading infection to other children, or spreading it to adults,” making the mass vaccination of children a “catastrophic risk, including, for some, death.”

Citing a “very high-quality paper,” Dr. Peter McCullough, a world-renowned internist and cardiologist, recently explained that “[m]yocarditis (heart inflammation) is certainly very real. It’s due to the vaccine. The chances of myocarditis, and hospitalization with myocarditis, for one of these children who is going to be forced into vaccination … is greater than being hospitalized for COVID-19. So, it’s much better for the children to not get vaccinated and take the risk of the respiratory infection.”

According to data from the World Health Organization, the European Union, and America’s Vaccine Adverse Event Reporting System (VAERS), the COVID-19 vaccines have been linked to millions of injuries and tens of thousands of deaths, which is more than all other vaccines combined since 1990.