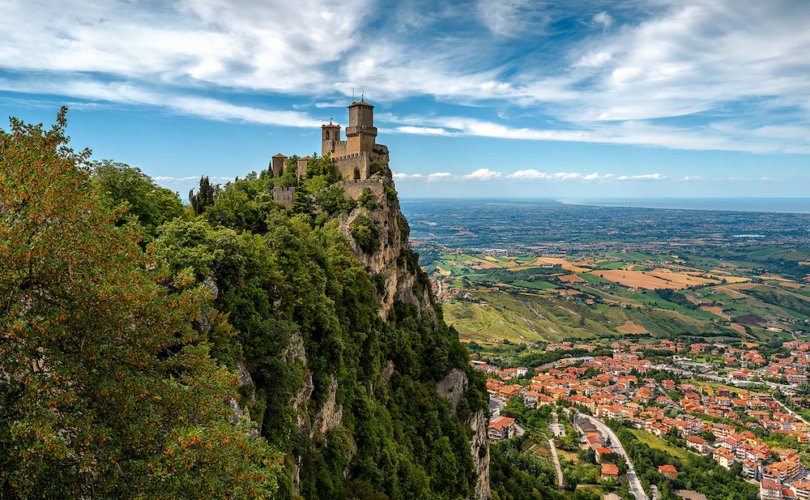 SAN MARINO, September 16, 2016 (LifeSiteNews) — Legislators in the Republic of San Marino could decide the fate of unborn lives when a draft law for the legalization of abortion will be voted upon on Tuesday, September 20.

Abortion has not been legal in the Northern Italian micro state of 33,000 people that spans roughly 24 square miles. Citizens in this republic are represented by a group of 60 ministers, 58 of whom have electoral rights on legislative bills. These bills are called “Instances of Arengo.” An Instance of Arengo must only hold one signature in order to be eligible for voting. Several Instances proposing the legalization of abortion have been submitted in September, but this is not for the first time.

“A couple of years ago, there was another Instance of this kind. They have tried again and again to legalize abortion,” Enrico Masini told LifeSiteNews. Masini is general coordinator in the service of life and family for the Community of John XXIII. “A parallel instance tried to legalize abortion in individual cases, like sexual abuse of minors, rape, sickness and malformation of the child, and danger of the woman’s health.”

Fifty-eight members of the legislature will vote on Tuesday, and two regent captains – whose function is similar to a president – may only observe.”

In the past, pro-lifers were victorious. “The last Instance that wanted to legalize abortion was not passed due to a majority of four votes,” Masini said.

Pro-lifers are out to win again. “We have begun two major initiatives,” Masini said. “One is to hand out booklets for the 58 voters which contain useful information and make a case for life. The second is that we have initiated two Instances ourselves: one in support of life and the respect thereof from conception to natural death; the second deals with the value of life even in difficult circumstances.”

While there is a general hopefulness this time, Masini explains that the vote is more precarious. “The government collapsed a couple of days ago. Now we are at a greater risk that a majority in favor of life will not be found. The vote on the Instance in question may also be used as a political tool for political propaganda for the election on November 20. At this point, no party foresees gaining majority, not even the Christian democrats.”

The case of rape stands as a prominent reason behind the pro-abortion Instance. “Oftentimes an exception of this kind is used as an argument in order to open the door for a wider application of abortions,” Masini noted. Rather, the value of life — of the unborn, sick, and old — must be discussed in an open atmosphere without any slanted ideological or political agenda.

“Our chief difficulty is that the TV stations of San Marino are ignoring us. We held a press conference the other day and it was simply not reported or only marginally mentioned,” Masini said.

Despite the silence by the media, Masini expressed zeal for the cause. “The most important thing in the next days is to trust and to emphasize that humanity will prevail in these elections. Therefore, I am happy when news outlets like yours give a voice to the people and to God who try to defend life in this matter. Our initiative needs support. You are the ‘special extra’ that might tip the balance!”

San Marino is hanging in the balance to give the world an example that the value of life can in fact triumph over death and selection of the “fittest.”

Masini insists that spreading the word might help the electors vote for life and ensure that the Republic of San Marino can henceforth be true to its country’s motto: “Libertas” (freedom).

Everyone who wants to express support for life against the threat of the legalization of abortion in this country can send an email to [email protected] that will be passed on to the electors in Tuesday’s vote.