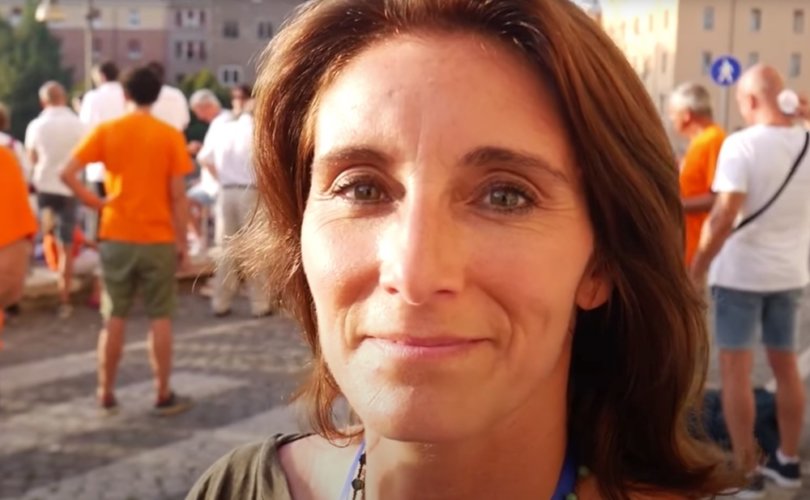 SANTA BARBARA, California, January 14, 2021 (LifeSiteNews) – The Santa Barbara County Sheriff's Office has revealed that an autopsy exam of 45-year-old anti-vaccine activist Brandy Vaughan, who died suddenly on December 7, 2020 has been performed, and that her death is “believed to be a result of natural causes,” although the results of a toxicology report are still pending.

“The decedent has been positively identified and the death is believed to be a result of natural causes based on an autopsy exam conducted last week. The final cause and manner of death determination are pending toxicology screening which normally takes 4-6 weeks,” Zick shared.

“The investigation is conducted by coroners, detectives, and we have a doctor that works with them for the autopsy,” Zick told LifeSiteNews. Zick also noted that the toxicology reports “tend” to be released six weeks after they’re initiated.

Vaughan, a former sales executive for the pharmaceutical company Merck and the founder of learntherisk.org, a website dedicated to educating people on the risks associated with vaccines, was reportedly found dead by her nine-year-old son on December 8. Children’s Health Defense reported that Vaughan had died of “gallbladder complications.”

Soon after learning of her death, a friend of Vaughan’s, Erin Elizabeth, shared screenshots of a Facebook post Vaughan had written in December of 2019, in which she assured readers that she was not suicidal and did not take any drugs that would cause her to die suddenly.

“If something were to happen to me, it’s foul play and you know exactly who and why — given my work and mission in this life,” Vaughan had written on Facebook in late 2019.

Vaughan shared a video in 2015 describing intimidation tactics that were being used against her after she returned from a rally protesting SB277, one of the first mandatory vaccination for education laws in the U.S.

— Article continues below Petition —
PETITION: No to government and corporate penalties for refusing COVID-19 vaccine
Show Petition Text
103153 have signed the petition.
Let's get to 125000!
Thank you for signing this petition!
Add your signature:
Show Petition Text

In the U.S., “Natural causes”  – as the Santa Barbara County Sheriff's Officesays Vaughan’s is believed to be – refers to what is termed the “manner of death,” which is mainly a legal determination. Manner of death can be classified as natural, accident, suicide, homicide, or undetermined.

“Deaths that are solely due to disease or the aging process are regarded as being naturalin manner,” according to the document “Cause of Death and the Death Certificate: Important Information for Physicians, Coroners, Medical Examiners, And the Public,” issued in 2006.

However, “toxicology tests are usually ordered when someone is the victim of a crime, dies unexpectedly or dies for no obvious reason,” according to legalbeagle.com.

A paper published in 2017 on “natural and unnatural death” and “how it applies to medical death certification” notes that “Deaths that appear natural to clinicians and pathologists may be legally unnatural and vice versa.”

Erin Elizabeth, a friend of Vaughan’s, reported on December 8 that “Brandy stated in black and white there would be a go fund me to investigate her death properly or do an independent autopsy which we fully support. Brandy was very specific about those requests including an independent autopsy, and we will report when those results come back since that will be the information we actually trust.”

Elizabeth has revealed that the GoFundMe page for Vaughan created by her friend Tina Marie, which had raised “nearly $70,000 and “was climbing thousands an hour,” was reported and shut down. A new fundraising campaign for Vaughan was started on Go Get Funding.