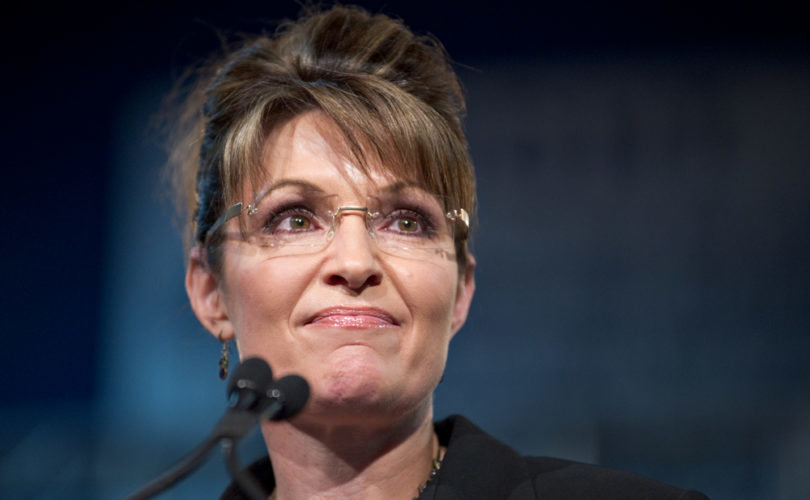 Former GOP vice presidential nominee Sarah Palin, whose son Trig has Down syndrome, offered a brief response to evolutionary biologist Richard Dawkins on Facebook Thursday after the famed atheist said choosing life for a child with Down syndrome is “immoral.”

“Mr. Dawkins, I'd let you meet my son if you promised to open your mind, your eyes, and your heart to a unique kind of absolute beauty,” Palin wrote. “But, in my request for you to be tolerant, I’d have to warn Trig he must be tolerant, too, because he may superficially look at you as kind of awkward. I'll make sure he's polite, though!”

Palin has become something of a spokesperson for parents of disabled Americans. In 2010, she called for the firing of then-White House advisor Rahm Emanuel for saying the plans of liberal groups to run ads against moderate Democrats were “f—ing retarded.”

Dawkins told a Twitter correspondent Wednesday that he would advise women who learn they are pregnant with a Down syndrome child to “abort it and try again.” In another tweet he claimed aborting children with Down syndrome is “civilised.”

He apologized for causing the uproar in a blog post Thursday, but also defended his remarks.