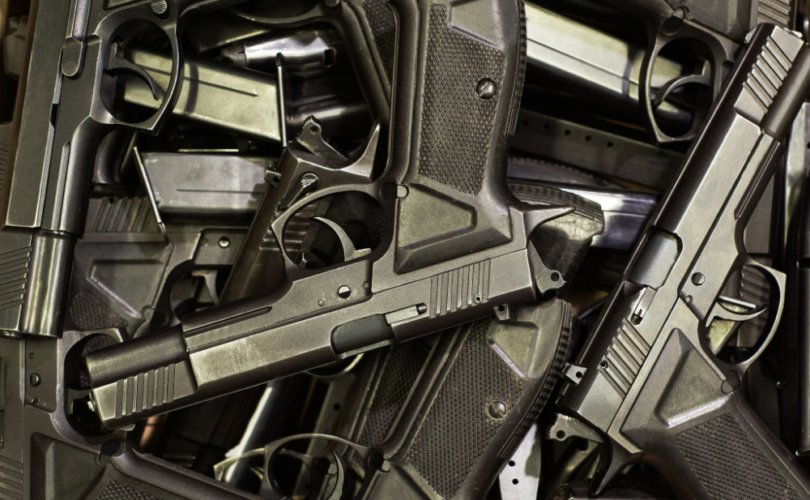 REGINA, Saskatchewan (LifeSiteNews) – The Saskatchewan government has joined Alberta in saying it will not abide by a semi-automatic gun buyback program enacted by the Canadian federal government of Prime Minister Justin Trudeau.

“As the federal government continues to plan for their confiscation program, it is important to make it clear to you, the Commanding Officer of our provincial police service, that the Government of Saskatchewan does not support and will not authorize the use of provincially funded resources for any process that is connected to the federal governments proposed ‘buy back’ of these firearms,” wrote Corrections, Policing, and Public Safety Minister Christine Tell in a letter to Royal Canadian Mounted Police (RCMP) Assistant Commissioner Rhonda Blackmore.

Like Alberta, Saskatchewan has directed the RCMP in the province to not allocate resources to the buyback scheme.

Tell noted that the province will instead focus on getting illegal guns off the streets and going after criminals who use firearms illegally.

“We know that the vast majority of these crimes are not committed by legal firearms or their owners but rather with illegally smuggled guns and those with a criminal history. This was most recently and poignantly confirmed in a tragic shooting event in Toronto in which a police officer was killed,” Tell WROTE.

While making an appearance on a local radio program, Freberg noted that “no provincially funded resources of any type” will go toward the gun grab.

“We do not support initiatives that will impact law-abiding, RCMP-vetted hunters, sport shooters, ranchers, farmers, and others who use firearms for lawful and good purposes,” Freberg said.

Saskatchewan is following the province of Alberta’s lead in defying federal demands to confiscate legally purchased firearms that are the personal property of owners.

Earlier in the week, Alberta Justice Minister and Solicitor General Tyler Shandro said that “we will not tolerate taking officers off the street in order to confiscate the property of law-abiding firearms owners.”

Shandro said the directive he sent to the RCMP was in response to a letter from Canadian Public Safety Minister Marco Mendicino, who had asked Alberta to assist the federal government in the buyback scheme.

Shandro noted that despite directing the RCMP to not comply with Trudeau’s gun grab,  the Trudeau government might still try and “direct the RCMP to serve as confiscation agents.”

Trudeau banned over 1,500 “military-style assault firearms” with a plan to begin buying them back from owners after the Nova Scotia mass shooting in May 2020.

Legal gun owners possessing a Possession and Acquisition License (PAL) would, under the new ban, be barred from buying or selling, as well as transporting, or even importing a slew of guns the government considered to be “assault” style rifles.

In late May, Trudeau announced controversial plans to freeze all new and used handgun sales through Bill C-21. This bill has reached second reading stage in Canada’s House of Commons.

A 2018 report shows that there are approximately 900,000 handguns owned by Canadians.

Earlier in the year, Trudeau falsely claimed that Canadians do not have a right to use their guns for self-defense.

1
Canadian doctors facing discipline for opposing COVID regime speak out
2
Here’s what climate activists don’t want you to know: the science
3
FBI tracked Jan. 6 protesters’ location even if phones were in airplane mode: report
4
Singapore removes ban on homosexual acts but defines marriage as between man and woman
5
Republican senator claims ‘survival’ of US depends on codifying same-sex ‘marriage’
Subscribe to Daily Headlines »