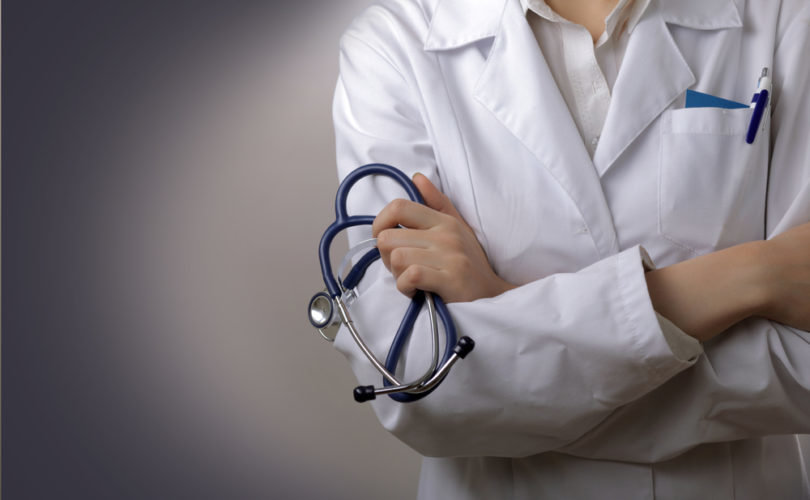 REGINA, Saskatchewan, June 10, 2015 (LifeSiteNews) –An overwhelming response from the Saskatchewan public has led the province’s medical regulator to reconsider a draft policy forcing pro-life doctors to refer patients seeking abortions to doctors they know will perform them, or to do abortions themselves when required.

Because the vast majority of 4,400 emails the Saskatchewan College of Physician and Surgeons received through a public consultation were opposed to forcing doctors to violate their consciences, the College will now consider a revised policy that deletes the offensive requirements.

Sean Murphy, head of the Protection of Conscience Project based in Powell River, British Columbia, told LifeSiteNews the revision was a “significant improvement” over the previous policy and, in a news release, called it a “tacit admission that such a policy would be an unacceptable assault on freedom of conscience.”  But he added that the proposed revision still has several serious problems.

Murphy made public both the original policy that infringed on doctors’ freedom of conscience and which the College’s ruling council approved in principle early in the year, and the less restrictive revision the council will consider at its June 19 meeting.

In a briefing note assessing the public response, the college’s deputy registrar and, according to Murphy, the main proponent for restrictions on doctors’ conscience rights, Brian Salte, complained that the hostile public response came in form letters provided by pro-life and church organizations. These and the response of hostile doctors, he claimed, ignored the issue of patients’ rights.

But Murphy commented: “This is how democracy works. The same tactics were available to abortion groups who supported the policy that Salte wanted.” He added, “The fact is that the public response includes nobody claiming that they had been denied service by a doctor standing on his conscience rights. This just proves that the original policy was unnecessary. No patient’s rights were ever violated.”

As for Salte’s claim that the respondents ignored patients’ rights, many critics said the draft policy championed by Salte did the reverse: it ignored doctors’ rights. It was based, in fact, on a model developed by a pro-abortion group of academics, funded by a federal agency, whose sole purpose was to expand access to abortion.

Among those hostile to the original draft policy was the Saskatchewan Medical Association. It complained to the college that “the current document does not adequately protect the physicians from being compelled to act contrary to their conscience.” The SMA went on to voice the concern of many members of the public: that many small communities across the province might find it difficult to recruit doctors with consciences.

The original policy called on doctors with moral objections to requested medical services to refer patients to other doctors they knew would provide them. It also required doctors to perform the requested service if no other doctor was available and delay would “jeopardize the health and well being ” of the patient.

Murphy was always more concerned about immoral referrals, because this was far likelier to come up but he says the matter has been dealt with in the revision, which requires doctors only to refer to other doctors with knowledge of all services available.

As for the requirement to provide abortions and other services likely to be deemed immoral, it remains, but it is explained by reference to the College of Physicians and Surgeon’s pre-existing Code of Ethics. This trusts the physician’s judgement is consistent with Catholic moral teaching, Murphy, a Catholic, believes. That is, it allows a doctor to refuse to do an abortion except in a medical emergency. Catholic teaching allows the removal of the unborn child from the womb to save the mother’s life, so long as the goal is not the death of the child.

Murphy still objects to other clauses in the revised policy that would prohibit doctors morally opposed to certain procedures from even discussing them with patients. In his own brief to the college, Murphy states, “The assumption underlying the recommendation is that a physician who has a moral viewpoint is incapable of properly communicating with a patient because of ‘bias’.” But Murphy argues that doctors who are willing to do abortions have a moral bias too, even though they may not think so. To be fair the college should ban them from commenting as well. To do the best for patients, however, Murphy advised, the college should simply require all doctors to “provide patients with sufficient information to satisfy the requirements of informed medical decision making” while informing them as early as possible of any procedures they will not do for moral reasons.

Murphy also objects to the revision’s exclusion of assisted suicide or doctor-assisted suicide from its provisions, noting that Salte had no problem applying the draft policy already approved to assisted suicide and euthanasia. If a doctor refused to refer or to perform, they could lose their licences, he told Global News. But now that the college has been forced by the overwhelming weight of public and professional opinion to back down, the drafters of the revision still seem to be hoping they can force doctors to kill patients in violation of their consciences.

All Saskatchewan doctors must refer for abortions: draft policy