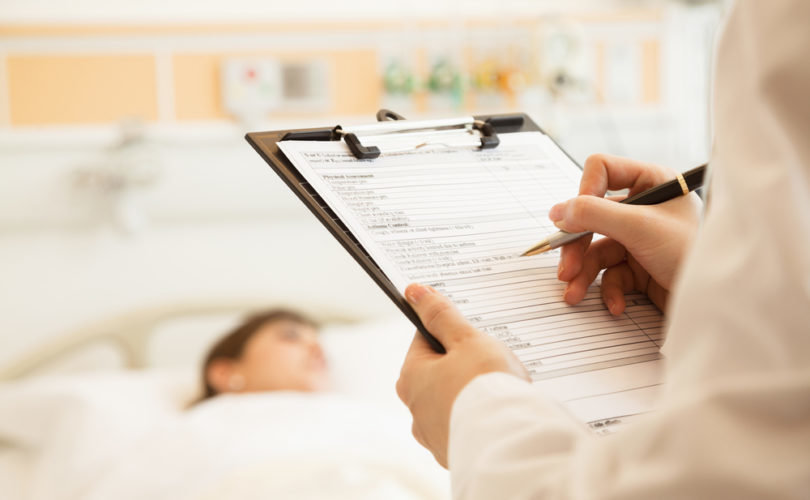 SASKATOON, March 27, 2015 (LifeSiteNews.com) – A move to force Christian doctors in Saskatchewan to do abortions, assist at suicides, or refer patients to other willing doctors failed to win sufficient support at a meeting of the College of Physicians and Surgeons’ ruling council Thursday.

Faced with 4,400 hostile letters, many instigated by the Catholic Diocese of Saskatoon, the council decided to continue discussion at an emergency meeting on Saturday, and likely to put off a final vote until June, after a full public consultation.

“[Medical students] who were most concerned about being forced to act against their consciences were also the ‘most patient-centred.’”

“They weren’t all on the same page at all,” said Colette Stang, the head of Saskatchewan Pro-Life Association. “So it was a bit of a relief. I was pleased the decision wasn’t made.”

Among the strongest voices on council opposing the new conscience policy—which is really an anti-conscience policy—was that of Dr. Preston Smith, dean of the University of Saskatchewan medical school, who told the council that among those physicians responding to the College, those who were most concerned were also the “most patient-centred.”

Smith also said that the admission of prospective medical students was based not only on academics but on how well-developed their consciences were. “He said it didn’t make sense to do that and then tell them to override their consciences in some cases,” related Stang.

On the other hand, Dr. Mark Chapelski, past president of the College, told the council, according to one witness, “that if doctors had conscientious objections, maybe they shouldn’t be doctors.”

The new policy, which would require doctors who had moral objections to refer patients wanting help killing themselves or their unborn babies to other doctors they know would do the job; as well, if delay would cause “harm” to the patient, the objecting doctor must do the desired procedure himself or herself.

The main proponent, the College’s associate registrar Brian Salte, reportedly dismissed more than 2,000 of the hostile letters as “form letters.”

The Catholic Diocese of Saskatoon circulated form letters of opposition to the College’s draft policy. As well, Bishop Donald Bolen wrote his own, condemning the proposal. It concluded, “I would strongly encourage the CPSS not to legislate a policy that threatens anyone’s right to freedom of conscience. … The people of Saskatchewan deserve to be cared for by physicians who bring their whole selves to the bedside, and who are encouraged by their governing body to do so.”

Ironically, Salte told the College council on Thursday they should ignore the lawsuit launched by the Christian Medical and Dental Association of Canada to stop the Ontario College of Physicians and Surgeons from enforcing the virtually identical policy approved earlier this month. “He told the council they had a duty to do the right thing regardless of the threat of litigation,” said Dr. Sheila Harding of the CMDS.

Harding told LifeSiteNews that even if the policy is approved, “If a patient asks for a referral for an abortion, they won’t get it from me.” And if a patient asks for help with suicide? “The same answer,” said Harding. “As a Hippocratic doctor, I don’t help anyone get dead.”

Harding submitted a letter to the College signed by 43 Saskatchewan doctors opposing the proposed conscience clause. She also submitted a letter of her own that criticized the College for its one-sided consideration of the issue, basing its policy proposal almost wholly on the work of a group of feminist academics whose sole goal was, by their own admission,  to expand access to “reproductive rights” (abortion).

“[Medical] residents are questioning whether their plans to practice in rural settings are in jeopardy, since location and distance may make timely referral difficult, and put them in a position of having to directly provide morally contested services. Rural practitioners are wondering whether they’ll need to relocate.”

These academics, who secured a federal grant under the name, the Conscience Research Group, “make no mention of feedback being solicited from religious organizations such as the Catholic Health Alliance of Canada, the Muslim Medical Association, the Christian Medical and Dental Society of Canada, or the Canadian Federation of Catholic Physicians’ Societies.”

Nor did the Saskatchewan College of Physicians and Surgeons ever consult any group opposed to the CRG’s model policy, said Harding. (Salte admitted as much to LifeSiteNews, stating in an early February email that the proposed policy was “not done in consultation with any groups, church or otherwise.”) This is not the way to make good policy, Harding stated.

Harding also told LifeSiteNews: “Some of my colleagues view the proposed policy as a win-win for people like me, people with consciences. As they see it, by referring the patient to another doctor and not doing it myself, I get to keep in good graces with my own faith community, while ensuring my patient gets the medical treatment I know they really need.”  But what these cynical colleagues don’t get, said Harding, is that the doctors who are protesting genuinely believe helping patients kill themselves or their unborn babies is wrong, not just morally, but professionally.

Harding also noted that she has been in touch with medical “students, both in-province and from elsewhere in Canada,” wondering “whether they should … try to steer clear of Saskatchewan. [Medical] residents are questioning whether their plans to practice in rural settings are in jeopardy, since location and distance may make timely referral difficult, and put them in a position of having to directly provide morally contested services. Rural practitioners are wondering whether they’ll need to relocate.”

Stang and Harding both called on the public, patients’ groups, churches, and doctors to protest the proposed policy. “Who would want to put their life into the hands of a doctor who has checked his conscience at the door?” she said.

Correction: This article originally misstated Dr. Preston Smith's remarks at the meeting of the Saskatchewan College of Physicians' ruling council. We regret the error.

‘This is moral genocide’: Canadian doctors blast plans to force them into helping patients procure abortion