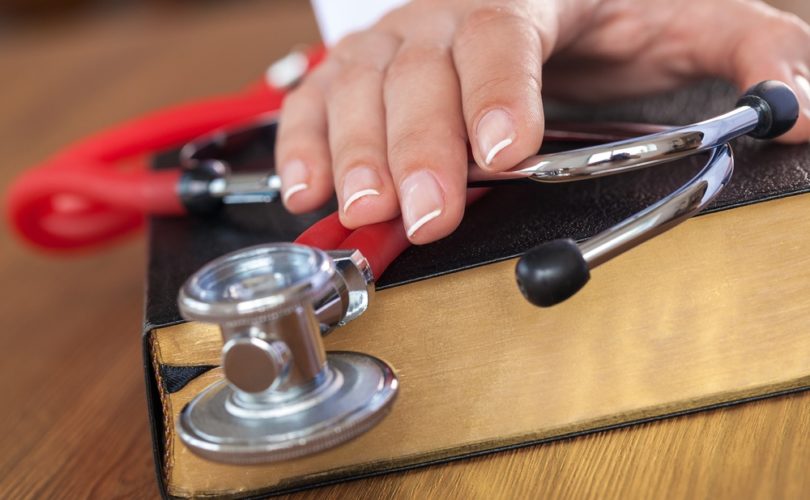 SASKATOON, Saskatchewan, July 31, 2015 (LifeSiteNews) – Three doctors’ groups have submitted a strong letter to Saskatchewan’s College of Physicians and Surgeons asking it to amend a draft policy on conscientious objection so that doctors would not be forced to offer abortions, assist at suicides, or refer patients to other willing doctors.

The draft policy, already approved in principle June 19, is open for consultation until August 7. It requires physicians to “make an arrangement” for the patient to see another physician who can provide information and services for controversial items like abortion or contraception.

The policy would also require physicians to perform controversial procedures if “treatment is necessary to avoid harming the patient’s health or well-being” – leaving open the possibility that doctors could actually be forced to perform abortions against their consciences.

The three groups, the Christian Medical and Dental Society of Canada, the Canadian Federation of Catholic Physicians’ Societies, and Canadian Physicians for Life, state in a letter to the College that the policy as written will force physicians to “act contrary to their moral convictions.”

Larry Worthen, lawyer and Executive Director of the Christian Medical and Dental Society of Canada, told LifeSiteNews that a number of doctors simply don’t want to take part in procedures or practices they consider to be harmful and unethical.

“Essentially, the physicians we represent don't want to do anything that is going to make them facilitators of procedures that they consider to be harmful to the patient. The idea of actually ‘making arrangements’ is kind of another way of explaining what ‘referral’ actually is. Because when you refer someone, you are basically connecting the patient with a physician who will actually do the procedure that you cannot do for ethical reasons.”

“Once you ‘make arrangements’ for that, you are actually facilitating it, which is a kind of a euphemism for a ‘referral,’” he said.

The groups have jointly submitted to the College a document of suggested revisions.

Instead of forcing doctors to “make an arrangement” for controversial procedures, the groups suggest that doctors should “ensure” patients are provided with information to “allow the patient to arrange timely and effective access to medical services if the patient chooses.”

The groups also take issue with the draft requiring doctors to provide treatment immediately if causing a delay “would jeopardize the patient’s health or well-being.”

“This phrase is very broad and could be interpreted to include psychological and/or social wellbeing as well as physical health. For example, if a woman argues that being told by a physician, ‘I do not participate in abortion,’ damages her self esteem, this section could compel a doctor to participate in a procedure to which [the doctor] is morally opposed,” the groups state in the letter to the College.

The groups also take issue with the draft requiring doctors to provide treatment that “must be provided within a limited time to be effective,” pointing out that this would necessarily include emergency contraception and medical abortion.

Worthen told LifeSiteNews that there needs to be a more “appropriate balance where physicians are able to maintain their moral convictions and also provide access at the same time.”

“There is no need for a physician’s moral convictions to be undermined in order to provide access. Doctors are extremely upset and very concerned,” he said.

Worthen said that enacting restrictive medical policies results in the medical practice being emptied of worthy individuals willing to stand by their moral convictions, a concern for patients who may not want to entrust themselves into the hands of a doctor who sees no problem in using medical knowledge to save as well as destroy lives.

The Christian Medical and Dental Society is asking concerned citizens to contact the College before August 7 to express concerns.

“Please take a minute to ask the [College] to support the amendments of the three organizations. Your vote of support will help,” the Society states on its website.

College of Physicians and Surgeons of Saskatchewan