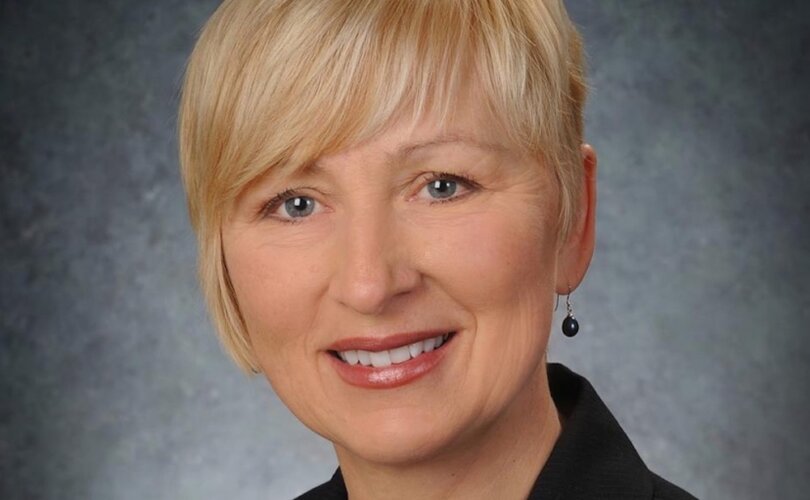 (LifeSiteNews) — A Canadian politician is calling on the Saskatchewan government to investigate the negative side effects people have suffered after taking the still experimental COVID jabs, which have been linked to many ailments.

Saskatchewan MLA Nadine Wilson, while speaking to the Saskatchewan Legislature last Thursday, said that Premier Scott Moe should “call for an independent inquiry into the full extent of the adverse effects from the various SARS-COVID vaccines and all related issues.”

She noted the government should also look into the effects of “lockdowns, discrimination, and provincial response to the COVID pandemic regarding policies related to social, economic, health, and educational wellness.”

After Wilson made the comments, the province’s Minister of Health Paul Merriman defended the government’s COVID decisions. Controversially, he claimed that there were no vaccine mandates “put out by the federal government or by this provincial government that people had to get vaccinated.”

However, the province did for a time enact a COVID passport, and the federal government implemented COVID jab travel mandates, as well as federal workplace jab mandates.

While Saskatchewan did allow for a negative test option, Merriman, realizing there was a federal mandate, clarified that “the federal government did have a vaccine mandate. My apologies for saying that they didn’t. This province certainly didn’t, Mr. Speaker.”

He then noted that the government is “not pursuing that at this time” a general inquiry into the COVID jabs or mandates.

— Article continues below Petition —
SIGN: Pope Francis must revoke nomination of pro-abortion atheist to Pontifical Academy for Life
Show Petition Text
9528 have signed the petition.
Let's get to 10000!
Thank you for signing this petition!
Add your signature:
Show Petition Text

As reported by the Western Standard, Wilson said “history does repeat itself” and that she does not know what people don’t “learn from those lessons.”

Her petition calls for an investigation to look at the existing “provincial Emergency Plan in place to respond to a pandemic, and whether it was followed.”

Specifically, she is looking for the information that the provincial government relied on to justify “its pandemic response and in making public health decisions, including allowed/disallowed treatments, lockdowns, masking, vaccine mandates, and the Governments’ rationale for placing trust in that information.”

Wilson also noted that the Saskatchewan government has not thoroughly investigated the reported negative side effects from the COVID shots.

The petition asks that the government: “Evaluate how vaccine injuries were reported and monitored, and what interferences medical personnel and patients may have encountered in trying to report and access treatment for vaccine injuries.”

In September, LifeSiteNews reported that Wilson had called for the provincial government to investigate deaths from the COVID jabs, notably after a woman reportedly died in a pharmacy shortly after getting a COVID booster.

READ: Vigil held for Canadian woman who died at a pharmacy minutes after getting COVID booster

Wilson said the government’s claim that there have been no deaths from COVID jabs is unbelievable, as data she was privy to shows at least seven deaths.

According to data from the government of Saskatchewan, there have been 1,331 adverse reports associated with the COVID jabs.

Of these, 97 have been classified as “serious,” which the government says includes “an adverse event that is life-threatening or results in death, requires hospitalization or prolongation of an existing hospitalization, results in residual disability or causes congenital malformation.”

The Canadian federal government, along with all provincial governments, has been pushing the COVID injections on the Canadian populace and has even used questionable tactics to achieve high vaccination rates.