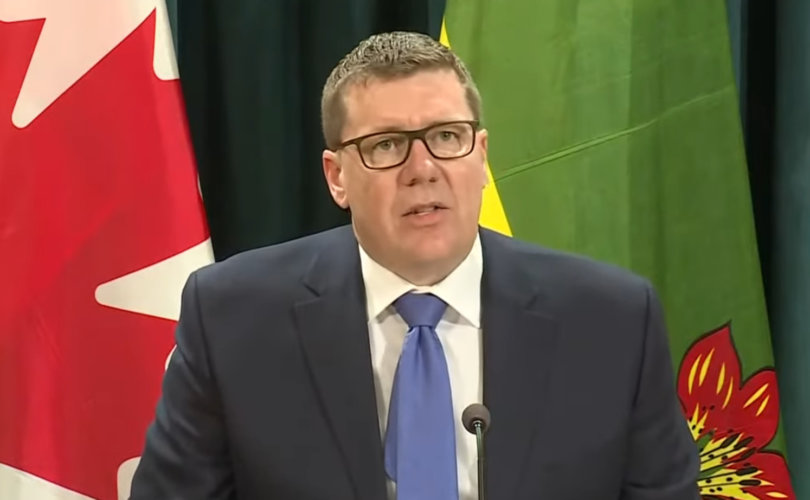 REGINA, Saskatchewan (LifeSiteNews) — The premier of Saskatchewan turned to social media to hammer home his message that COVID-19 restrictions will end in the prairie province this month.

Premier Scott Moe took to Twitter last night to explain his plan to have lift Saskatchewan’s restrictions by February 28. In the series of short videos, Moe stated that it is time to treat COVID like the flu. He acknowledged that the people of his province would rather live with the risks of the coronavirus than with the “ongoing” infringements on their “rights and freedoms” he has authorized for the past two years.

“Hi, everyone. There’s been a lot of discussion lately about whether it’s time for us in Saskatchewan to look at ending all remaining COVID measures and restrictions that we have in place,” Moe began.

Moe said that both he and the MLAs (Members of the Legislative Assembly) representing the people of Saskatchewan have been hearing consistently that the public wants an end to all the measures implemented in the name of public health.

This statement is backed by a recent poll by reputable pollster Angus Reid that found that 54 percent of Canadians, and 62 percent of Saskatchewanians, desire an immediate end to all the COVID-19 measures authorized by Moe and the other various Canadian governments.

Admitting that the policies he thrusted upon his population have been an “intrusion” into the “daily” lives of his citizens, Moe said that he now believes people know the risks COVID poses and can make their own decisions about their behavior.

“We may continue to see COVID morph into different variants and forms in the coming months and years, but we need to end the perpetual state of crisis,” Moe stated, acknowledging that other jurisdictions around the world are dropping restrictions.

“What does this all mean for us? It means COVID is not ending, but government restrictions on your rights and freedoms will be ending, and ending very soon,” the premier added.

Moe first announced the decision to drop the restrictions on Monday evening.

In the past, there has been criticism of Moe’s constant flip-flopping on the issue of vaccine passports. Now some see his move towards restoring freedom as a result of the immense pressure put on governments by the “Freedom Convoy” trucker protest still underway in Ottawa.

As thousands of Canadians have remained in the capital city to demand that their constitutional rights be respected, media and government have attempted to smear the protestors as a “fringe minority” with racist and “Nazi” ideals.

However, this narrative has been met with exceptional backlash by alternative media outlets, private citizens, elected representatives, and the rally organizers themselves, who have recorded innumerable videos of the protesters from a variety of backgrounds expressing their views in a reasonable and peaceful way.

“When there is a left-wing protest on Parliament Hill, we don’t see the liberal media going through every single name of the people who attend to try and find one person they can disparage the whole group with,” he remarked.

“Whenever you have five or ten thousand people who are part of any group, you’re bound to have a number who … say unacceptable things, and they should be individually responsible … but that doesn’t mean we disparage the thousands of law-abiding and peaceful truckers, who, quite frankly, have kept all of you alive these last two years.”