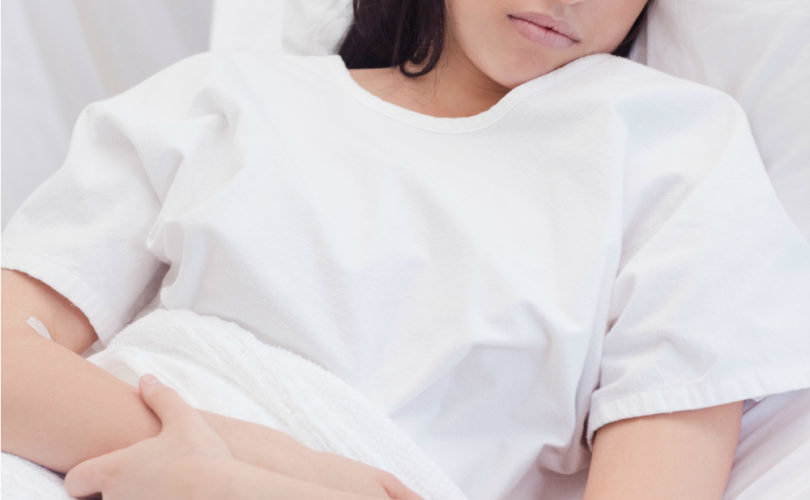 SASKATOON, November 18, 2015 (LifeSiteNews) — Two Saskatchewan aboriginal women have complained that in the last five years they were coerced by hospital staff into being sterilized. Health authorities apologized, changed their policies, and launched an investigation.

“They bug you and bug you and bug you,” Pelletier told the Saskatoon Star Phoenix.  “They made it pretty clear they didn’t want me discharged until my tubes were tied. ” In Saskatoon’s Royal University Hospital in 2010 to have her seventh child, she was told she didn’t need any more offspring and pressured by a social worker and medical staff into having her tubal ligation following the delivery.

After finally signing a consent form simply to stop the harassment, she then relented in the operating room but medical staff proceeded anyway.

“Now I’m 39 and it’s hitting me. How many other girls have they done this to?”

Bannab was also pressured to have a tubal ligation after delivering her 9th child in 2012, first by social workers, then a nurse, but her own obstetrician intervened to fend them off. “He said, ‘you guys can all leave her be. She needs to heal. She just had a baby.”

“I applaud these women,” Colette Stang, president of the Saskatchewan Pro Life Association, told LifeSiteNews. “That’s not just their story. They’ve been targeted because they are aboriginal,” said Stang, but she added that she has talked with many non-aboriginal women who have experienced the same pressure from medical staff to either have abortions or undergo sterilizations.

“When I was 39 and pregnant with my fifth child, my doctor pushed me to have an amniocentesis (a prenatal diagnostic procedure to detect genetic abnormalities or infections),” Stang said. If there were anything wrong found with her baby, the doctor made clear to her,  “There were options available. Abortion was never mentioned but that’s what he meant by options.”

After comparing their experiences, Pelletier and Bannab went to the newspaper, which published their accounts Tuesday, along with an historic overview of how provincial governments sterilized thousands of men and women without their consent, many of them First Nations, from the 1920s to the 1970s.

But reporter Betty Ann Adam had first approached the Saskatoon Health Region two weeks previously, and by Tuesday the region’s administration was ready to announce it had changed its policy to prevent a repetition, and to apologize to both women.

“I truly am sorry for the experience that these women had,” said Jackie Mann, the region’s vice president. “I regret that they felt the way that they did in our care. We applaud the courage of these two women in coming forward, are grateful for the opportunity to hear firsthand their experiences, and have thanked them for inspiring the change in procedure.”

The change will ensure that sterilizations will be done on women only when they decided on the procedure prior to admission in a regional hospital. Mann neither explicitly  admitted nor denied the women’s stories. But she also announced an outside investigator had been hired to check into them.

Mann also reported a marked decline in tubal ligations in Saskatoon from 95 in 2010 to 24 in 2015, probably due to the appeal of less permanent methods of contraception.

Coerced sterilization of so-called “mental defectives” was put in place by the governments of British Columbia and Alberta in the late 1920s with the goal of preventing their problematic behaviours from being passed on.

The rationale behind later sterilizations of aboriginal women had to do with judgements about race, family size, and welfare, reported Historian Karen Stote in An Act of Genocide. “The ideology that justified historical coerced sterilization continues to shape state and medical interventions in the reproductive lives of women, (especially) marginalized, racialized  and indigenous women , pressuring them to get sterilized for their own good, to save them and society from having to care for additional children.”

But such judgements are racially biased, said Stang. Aboriginal societies, especially the Inuit, have a strong tradition of caring for children in extended families. “Why does the medical profession think they have the right to push abortion and sterilization?” asked Stang. “If they were truly listening they would back off.”