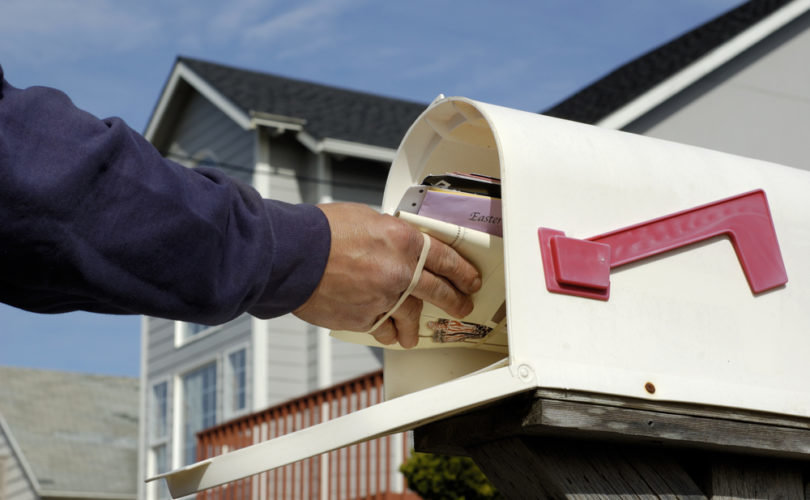 SASKATOON, Saskatchewan, August 7, 2015 (LifeSiteNews) – Saskatoon postal workers who objected to delivering postcards linking Liberal Leader Justin Trudeau to the bloody results of abortion-on-demand will be spared disciplinary action by co-workers who will do their jobs for them.

Most of the 1 million postcards in the ambitious No2Trudeau campaign were hand-delivered without Canada Post’s help, the Canadian Centre for Bioethical Reform’s Jonathon Van Maren told LifeSiteNews, “but wherever our volunteers couldn’t reach on foot, where the mailboxes were locked or in apartment buildings, we put the postcards in white envelopes and mailed them.”

This week, that approach ran into trouble from members of the Saskatoon local branch of the Canada Union of Postal Workers, who claimed they were upset at the grisly subject matter, or so reported that city’s news media. Van Maren, however, thinks “this is something concocted by the media. The first reporters who called me on it didn’t have single quote from an actual postal worker, and a late story I read had just that, a reference to ‘at least one mail carrier’ being upset. You know that if there had been more than one, the story would have said so.”

Ironically, according to Julee Sanderson, the president of Saskatoon CUPW, the anonymously and invisibly upset letter carriers thought the images were an attack on “family values.”

“There are carriers who are certainly concerned about the violent, graphic material that they are delivering and they are concerned about who in the home is going to be receiving that,” she said.

Van Maren responded, “It’s funny that for most of the campaign, people were upset because we delivered the postcards without envelopes so that children could see them. These ones we seal inside envelopes where no one can see them and letter carriers mysteriously know what’s inside and are still complaining.”

When CUPW relayed its members’ objections to Canada Post, the corporation responded with the instruction that neither it nor the carriers had any right to refuse delivery. Canada Post manager Matt Ziebarth told Sanderson by email, “We are responsible for the physical delivery of all mail in Canada. We do not have the legal right to refuse delivery of a mail item because we or other people object to its content.”  As for recipients of the postcards, “Anyone who has concerns about the content should either contact the publisher or simply dispose of it.”

This prompted Sanderson to announce that CUPW’s members had, as one news report put it, “been ordered by Canada Post” to deliver the postcards, as if this were a special case.

On Thursday CUPW and Canada Post had made a deal: no disciplinary action against the refuseniks as long as sympathetic co-workers delivered the pro-life material for them.

Van Maren told LifeSiteNews the postcards bear a phone number and invite recipients to call if they have comments or complaints. Tens of thousands have done so and staff and volunteers at Campaign Life Coalition or CCBR are answering them all now that the campaign is over.

“The campaign was a fantastic success,” said Van Maren. “But we had to push hard to get everything delivered by the time the election was called,” adding office staff to the delivery teams. “We had legal advice that if we were sending out election material during the campaign we would have to register as a party.”

The campaign was aimed at the Liberal leader rather than both him and pro-abortion New Democratic Leader Thomas Mulcair, explained Van Maren, because Trudeau made a point of requiring all Liberal candidates to promise to vote for abortion in Parliament regardless of any moral objections to it. “He could have just said, ‘abortion is the law of the land,’” said Van Maren. “But he went out of his way to declare himself pro-abortion.”

Constituencies in Vancouver, Saskatoon, Calgary, and Winnipeg were sent postcards, but the main thrust of the campaign was in the Greater Toronto Area.