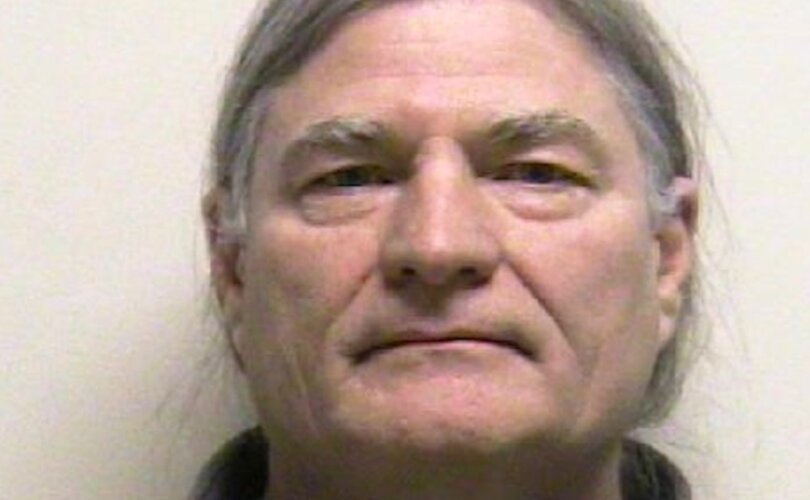 (LifeSiteNews) — Utah County authorities have made their first arrest in a ritual abuse scandal that spans decades and includes accusations that members of the Mormon clergy and prominent local families participated in satanic activities.

Mormon ex-therapist David Hamblin, accused of frequent satanic abuse, was arrested last month and booked on seven counts related to sexual abuse of a child – including charges of sodomy and rape.

In a press release, Utah County Sheriff Mike Smith said: “Despite efforts by some individuals to delegitimize this investigation as well as intimidate witnesses and law enforcement, this investigation has moved forward with the arrest of David Hamblin for multiple felony counts of sexual crimes against a child.”

Victims were the first to be notified.

Booking + probable cause documents have not yet been made public. Hamblin previously had 18 felony charges, see below. pic.twitter.com/aPEhrXVOT5

According to a booking sheet, Hamblin’s arrest was based on accusations from a woman who allegedly lived in the same neighborhood as his family and was forced to engage in sex acts with him during her childhood, including in the 1980s when she was 6 or 7. Other children were abused in her presence and, according to the booking sheet, they corroborated her account. She also accused the ex-therapist of instructing her, when she was 12, to perform a sex act on an adult female.

The victims’ accounts echo previous victim statements that accuse Hamblin and his ex-wife of grooming children for sex slavery, prostituting them out, as well as perpetrating sadistic terrorization

Some of the alleged abuse aligns with other alleged violence in Hamblin’s past. For example, Hamblin reportedly told one of his own family members “I’m sorry for raping you.” He also faced child abuse charges in 2012; the case was dismissed without prejudice as both sides had difficulty obtaining evidence.

Brett Bluth, a Utah man who reportedly saw Hamblin for counseling, accused Hamblin of sexually abusing him and of trying to convince him that he (Bluth) had developed dissociative alters (dissociative identity disorder) as a result of ritualistic abuse. Hamblin eventually lost his therapist’s license, but the case raised questions about Hamblin’s connections within the state of Utah.

WATCH: A strong message from Brett Bluth to survivors of ritualistic sex abuse. He finally felt police believed him when he shared his story of being abused by Dr. Hamblin.

“It’s time for this book to open, that story to be read, survivors to be honored… we cannot be broken.” pic.twitter.com/5RRxUrwVsc

According to Bluth, a Mormon bishop named Conrad Gottfredson had referred him to Hamblin for treatment related to his sexuality. The victim statements, which appear to have multiple misspellings, name a “Conrad Gottfordson” as producing child pornography with the involvement of Hamblin and others.

Bluth’s 2013 statement alleges that Gottfredson himself said he [Gottfredson] sought treatment from Hamblin after being “accessed” by ritual abusers. This is a common claim among alleged abuse survivors, who say that perpetrators will re-enter their lives with code words or other trigger mechanisms to draw them back into cult-related activities.

The attorney was rebuked for calling one of the alleged victims “tragically mentally ill.”

“Shame on (Leavitt) for doing that. It’s uncalled for,” Sgt. Spencer Cannon of the Utah County Sheriff’s Office said, according to a local outlet. Cannon added that to “attack their mental health status as a way to discredit them – and it was clear that that’s what he was doing – that’s just not okay.”

Leavitt, a brother of former Utah Governor Mike Leavitt, previously said of Hamblin: “When I was a law student, this therapist was my elder’s quorum president with the Church of Jesus Christ of Latter-day Saints. He was my neighbor. I had a family connection… There was no organized ring of abuse. It was debunked more than ten years ago.”

Leavitt, a Republican, lost his primary bid this June.

Brett Bluth and alleged victim statements also mention a Joe Bennion and his pottery studio in Spring City, Utah. The victim statements haven’t been verified by Lifesite, and Bennion did not respond to LifeSite’s request for comment. Those statements, however, describe Bennion as “the punisher” within the satanic cult who would carry out sadistic tortures.

One of the victim statements specifies that Bennion’s pottery was used for rituals as it contained the Y-shaped symbol that was used heavily by the cult. For example, the victim statements discuss members forming Y shapes with their arms as part of a ritual to summon demons. A news story from Fox13 contains a video which shows a Y-shaped symbol on Bennion’s pottery. The website LatterDaySaintsmag.com shows Bennion holding up a Y-shaped mark and identifying it as a “ha” symbol.

In a statement to LifeSite, current Juab County Attorney Ryan Peters said his office “has been appointed to investigate and prosecute cases involving ritualistic sexual abuse occurring in Sanpete, Juab, and Utah Counties over the past three decades.”

— Article continues below Petition —
The Quebec College of Physicians must not be allowed murder infants
Show Petition Text
4304 have signed the petition.
Let's get to 5000!
Thank you for signing this petition!
Add your signature:
Show Petition Text

Satanic ritual abuse, the Church of Satan, and dismissals of ‘satanic panic’

Allegations of satanic ritual abuse (SRA) in Utah made headlines across the USA earlier this year when Sheriff Smith requested tips on ritualistic abuse allegations. Smith had said that some accusations were “corroborated.” While he wasn’t specific, victim statements released by Utah’s Provo Police Department allege that Church of Satan (CS) members trafficked and abused children in the 80s, 90s, and early 2000s. CS has denied allegations of criminal behavior and asserted that Hamblin is not included in their membership records, which date back to 1966. CS leader Peter H. Gilmore told LifeSiteNews that his group is atheistic and does not support child abuse.

SRA is a highly controversial topic that has produced documentaries and speculation about a so-called “satanic panic.”  Media outlets like NBC News essentially dismissed the Utah allegations by warning against “satanic panic” and QAnon conspiracy theories. “Satanic panic is making a comeback, fueled by QAnon believers and GOP influencers,” read NBC’s headline. The story contained a sympathetic portrayal of David Leavitt and his Chelom Leavitt, who has also been accused by alleged victims.

Yes, the article mentions me.

🧵 I’ll be posting a few of my thoughts in this thread below.https://t.co/hpuJ61kaVu pic.twitter.com/YDBlkyRm4t

Chelom Leavitt has also denied wrongdoing. However, victim statements repeatedly allege that the Leavitts were involved in purported CS activities. One of the statements includes an account of David and “Shalom” Leavitt humiliating a child victim forced to perform a sex act for them.

SRA victims have received more support from law enforcement than from the media. Sheriff Smith notably lent credence to the allegations, saying that “the focus of this investigation [is] the heinous sexual crimes perpetrated upon children.”

In 1991, the press obtained a leaked memo in which Mormon bishop Glenn Pace claimed that occultists were using the Church of Latter-day Saints as part of their abuse. “Not only do some of the perpetrators represent a cross section of the Mormon culture, but sometimes the abuse has taken place in our own meetinghouses,” Pace said.

Pace appeared to believe the allegations as he cited many Mormon scriptures to support the existence of these types of occult activities. Noting questions about credibility, he said “when sixty witnesses testify to the same type of torture and murder, it becomes impossible for me, personally, not to believe them.”

Author Teal Swan has also made allegations about suffering ritual abuse in both Utah and Idaho.

Nationwide data on SRA appears to be relatively sparse, but that could be due to the nature of the abuse. Pace stated that such abuse is so severe, it tends to create dissociative alters (alternate personalities) and amnesic barriers that may last a lifetime. The threats that victims endure also prevent public awareness. The Utah victim statements, for example, allege perpetrators used images of mutilated bodies to scare them.

In 1995, a UC-Davis study attempted to gauge the scope of the problem by surveying law enforcement and other officials about the SRA cases they received. Overall, the researchers identified 412 ritual abuse cases from district attorneys, departments of social services, and municipal law enforcement agencies. Surveys to clinicians and social workers returned 674 adult survivor cases and 387 for children. The study’s authors noted that agencies “[o]overwhelmingly believed” the allegations but noted that there wasn’t sufficient evidence for proving an interconnected network of widespread abuse. Nonetheless, they reported physical evidence such as “tattoos, drawings, scars on a child’s or adult’s body, film, photos, ritual dolls, masks, costumes, etc.”