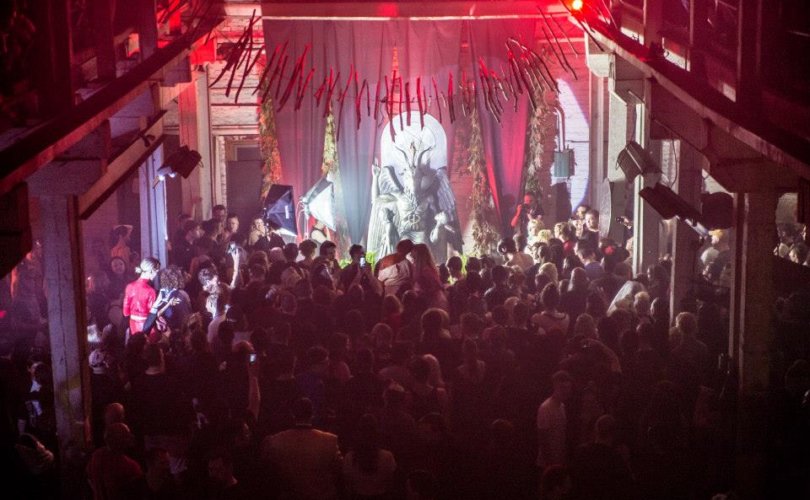 August 2, 2019 (LifeSiteNews) – The left-wing secular advocacy group Satanic Temple filed a lawsuit against the state of Missouri in hopes of overturning its requirement that women be given critical information before going through with aborting their children.

Missouri law places a 72-hour waiting period on abortion and requires abortionists to provide women considering abortion with information about its medical risks and the humanity of the preborn child, including a definitive statement that “the life of each human being begins at conception. Abortion will terminate the life of a separate, unique, living human being.”

The Satanic Temple, which doesn’t believe the supernatural literally exists but embraces Satan’s name as a “symbol of the Eternal Rebel in opposition to arbitrary authority,” announced this week that it’s suing over the law on behalf of a member who was subjected to its provisions while seeking an abortion (the statement doesn’t mention whether she ultimately aborted her child).

The law’s affirmation of preborn life is a statement of fact backed by settled science, but the Temple claims it was actually “religious content,” the requirement of which was deemed constitutes “impermissible state adoption of a theory when life begins” by the Eight Circuit Court of Appeals in 1989.

“The only way for The Satanic Temple to lose this case is if the Eighth Circuit reverses itself, which is highly unusual, or goes to impossibly great lengths to avoid ruling on the issues it is being presented with,” Temple spokesperson Lucien Greaves claimed. “While I don’t put it past the courts, I am optimistic that the Eighth Circuit will adhere to the law and The Satanic Temple will prevail.”

The challenge appears to be a repetition of a claim the Satanic Temple has tried and failed to advance in the past. In 2015, then-Attorney General Chris Koster noted in response that the Temple could not “cite a single opinion from any state or federal court holding that a state’s expression of a value judgment about abortion constitutes an establishment of religion,” and that the “Eighth Circuit decision on which they rely was reversed by the Supreme Court 26 years ago” (emphasis in the original).

While the Satanic Temple’s legal intervention may be no more potent than that of any other pro-abortion group, it has found greater success with its cultural protests. In April, the U.S. Internal Revenue Service (IRS) formally recognized it as a church despite its explicitly-secular nature and failure to meet the IRS’s usual criteria for churches. The new status is expected to aid the group in its legal claims in cases such as its placing of Satanic statues in the state capitals of Arkansas and Illinois.