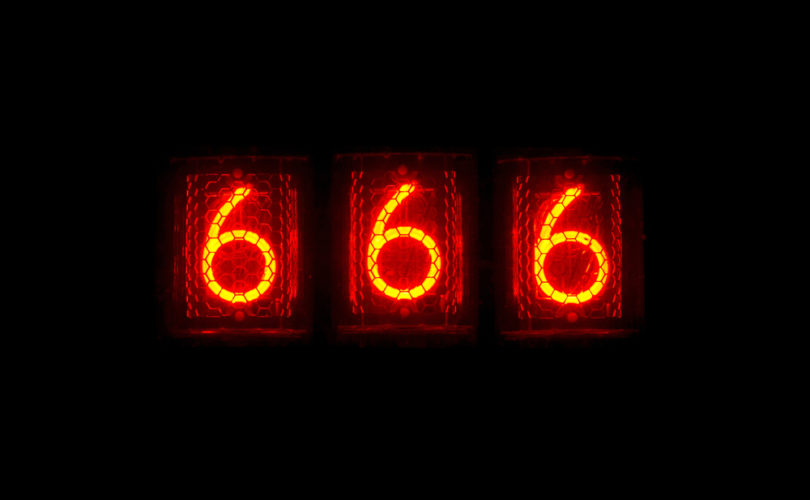 The suit identifies abortion as an essential religious duty for Satanists.

Missouri's “informed consent” law educates women about the facts of abortion and what's going on inside her body, and its 72-hour waiting period between initial contact and the major surgery of abortion is intended to give mothers time to think the information over before having irreversible, elective surgical procedure.

The individual that the Satanists are using to bring their lawsuit, “Mary Doe,”  went to the St. Louis Planned Parenthood pregnant, and submitted a letter stating that her religious beliefs in Satanism require no informed consent and no waiting period before abortion.

She demanded, on religious grounds, “to have an abortion today —now — and without further review of the [informed consent] Booklet.”  Her letter explained her belief that “both as a religious and a scientific matter…an abortion will not terminate the life of a separate, unique, living human being.”

The Satanists are arguing that Missouri's law violates the federal Religious Freedom Restoration Act (RFRA).  “The question of when life begins is absolutely a religious opinion, and the state has no business proselytizing religious beliefs,” the sect claims.

Mesner wrote that besides their initial, state lawsuit, a federal lawsuit is necessary to stop not only Missouri's law, but similar abortion restrictions in many states.  “We anticipate that our efforts will set a precedent in the favor of reproductive rights for generations to come, and bring a sudden halt to the current horrific trend of sanctimonious superstitious assaults on women’s freedom of choice.”

The federal lawsuit, filed Tuesday, says the Constitution's freedom of religion includes the “Freedom to Believe When Human Life Begins,” regardless of the scientific facts, medical information and basic biology presented in Missouri's “informed consent” materials.

The Satanists argue, in their federal lawsuit, that any abortion restrictions violate the Establishment Clause of the U.S. Constitution, which prohibits the government from endorsing a religious belief, or punishing people for not subscribing to a specific belief.

Missouri Governor Jay Nixon and Attorney General Chris Koster, both Democrats, responded to being sued by filing a motion to dismiss the injunction.

The Governor and Missouri's Attorney General go on:  “Nothing in [the law] requires Plaintiff to agree with the content of the state-mandated written materials anyway. The statute doesn’t even require that Plaintiff read the materials. It merely requires that the materials are presented to her at least 72 hours before the abortion is performed.”

The National Catholic Register noted, “At the moment of conception, the unborn child has a unique DNA.  That's science…It seems to me we all knew which side of the abortion debate Satan was rooting for.  I just didn't think it would take him this long to find a lawyer.”

The Satanist's lawsuit cites the federal Religious Freedom Restoration Act (RFRA) in the same way that Christian businesses have to avoid paying for abortifacients, sterilization, and contraception in employee insurance packages.

The lawsuit claims that “getting an abortion is the 'exercise of religion' protected by the Religious Freedom Restoration Act.”

When Congress first debated the RFRA, the U.S. Conference of Catholic Bishops and the National Right to Life Committee both expressed concerns that it could be misused to create a “religious” right to abortion.  Debate held up the RFRA for years, until the Supreme Court ruled that abortion is a Constitutional right in 1992.

The Satanic Temple –not to be confused with the Church of Satan based in California– is a political lobbying front that does not necessarily believe in an evil angelic being. Named in honor of the invisible leaders of demons, Lucifer the king of hell, the Satanic Temple claims to be “totally opposed supernaturalism,” according to the head of its St. Louis chapter, “Damien Ba'al.”

The Satanic Temple first made national headlines when they erected Satanist “Christmas” displays in several U.S. cities, handed out Satanic literature in Florida public schools, and sued Indiana over their courthouse Nativity scene.

The rise of Satanism among pro-abortionists includes a group of abortion supporters chanting “Hail Satan!” at the Texas statehouse last July, during debate on abortion restrictions.  In another instance, a Planned Parenthood supporter who disrupted a city council meeting, yelling, “All Hail Satan” as he was escorted out.

At another time, a pro-abortion activist who held a sign reading, “Hail Satan.  Abort Everyone.”

Satanic Temple founder Doug Mesner told Detroit's Metro Times that he would like to help abolish pro-life laws on the basis of Satanic religious beliefs.  He added that gay “marriage” is a Satanic “sacrament.”

Its logo states, “Save the planet;  Kill yourself.”