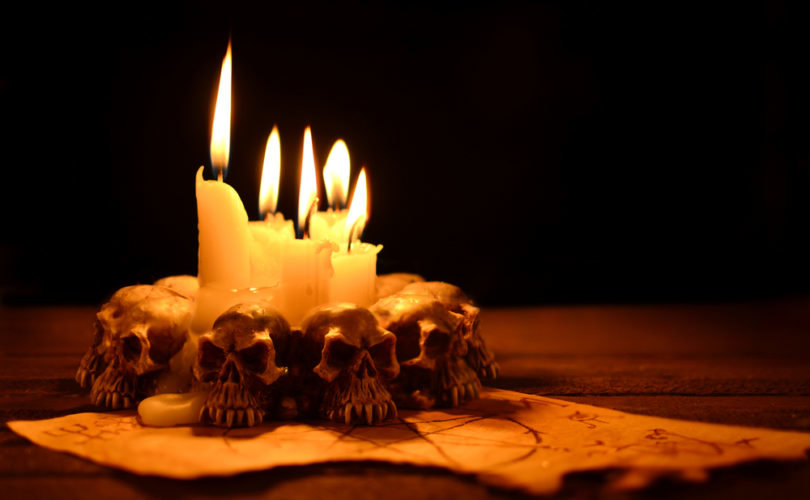 COLE COUNTY, Missouri, October 6, 2015 (LifeSiteNews) – The “Satanic Temple” is suing both Missouri and the United States, claiming that laws restricting abortion violate its members' “free exercise” of religion. Now, this week, they responded to the governor's and attorney general's motion to dismiss their suit.

Missouri Governor Jay Nixon and Attorney General Chris Koster, both Democrats, responded by filing a motion to dismiss the suit, noting that Satanist plaintiff “Mary Doe” was not religiously motivated to abort, nor was she religiously motivated to abort her baby in less than 72 hours. Rather, she disagrees with the informed consent booklet's scientific facts, medical information, and basic biology. Nixon and Koster pointed out that Missouri law does not require her to agree, or even read the booklet; it only requires that a new mother be given a 72-hour chance to read the facts, if she chooses to be informed.

Last week, attorneys for Mesner's “Satanic Temple” countered: “The physical act does not necessarily have to be imbued with inherent religious meaning[.] … If the physical act – or abstention therefrom – is motivated by a religious belief, then it is the 'exercise of religion.'”

Mesner reacted to the governor and attorney general with ridicule. “The laughable nature of their argument can't help but signify a certain degree of desperation,” Greaves told Raw Story. “I'm pleased to see that our case is strong enough that this Motion to Dismiss was the best Missouri could do. I think this bodes very well for our prospects of a momentous victory in defense of reproductive rights.”

Besides their state lawsuit, Mesner's group sued in federal court so as to create a national precedent to stop not only Missouri's law, but also abortion laws in other states.  He says the Constitution's freedom of religion includes the “Freedom to Believe When Human Life Begins.” The informed consent booklet's facts are “moot,” Mesner argues, because it is contrary to Mesner's “Satanic Temple” beliefs.

Mesner also argues that abortion restrictions violate the Constitution's Establishment Clause, which prohibits the government from establishing a religion.

Mesner's “religion” is an anti-religious movement, founded only three years ago, which makes up its own “beliefs” and then seeks to use those “beliefs” as the free exercise of established religion.

As the leftist publication Broadly admits, “[t]he Satanic Temple levy their beliefs to balance the scale in U.S. politics away from dominant Christian ideology.”

Started in 2012 as a Facebook page, the “Satanic Temple” was founded by Bostonians Mesner and “Malcolm Jarry” (a pseudonym), from an idea hatched years earlier by Jarry, who reacted against President George W. Bush's Faith-Based and Community Initiatives. Jarry thought it would be cool to start a faith-based organization that could receive federal funds but would be repugnant to what the Faith-Based Initiative stood for.

But Mesner and Jarry's new group has drawn more attention to Lucifer than anyone since Anton LaVey, the San Francisco carnival worker who wrote The Satanic Bible in 1969.

And as the New York Times put it, they have done so “with only a website, some legal savvy and a clever way with satire.”

The Satanic Temple is fundraising for its state and federal lawsuits and has so far raised more than $33,000.

The Senate and House passed the Religious Freedom Restoration Act (RFRA) in 1993 with the support of the Clinton White House. When Congress first debated the RFRA, the U.S. Conference of Catholic Bishops and the National Right to Life Committee both expressed concerns that it could be misused to create a “religious” right to abortion.

In July, the satanic group's Detroit chapter publicly unveiled a 9-foot-tall, one-ton statue of Satan. Audience members were required to sell their souls to Satan in order to attend.