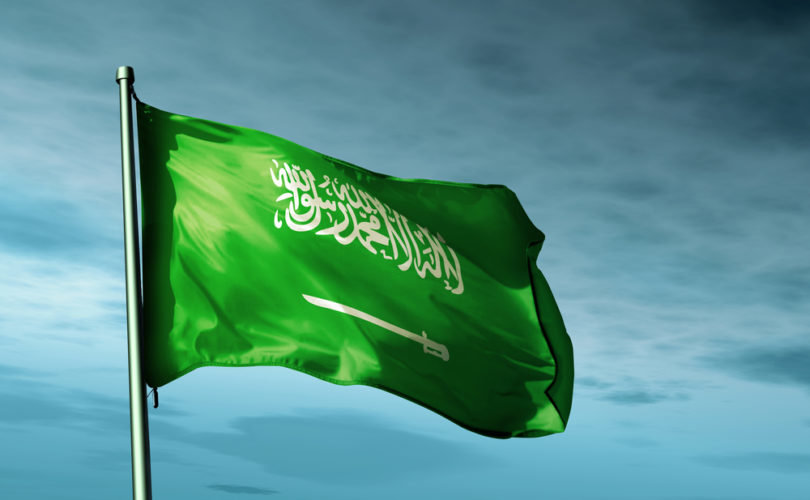 While most western countries are facing a demographic collapse from lack of fertility, and most developing countries are burgeoning with lots of children, the king of Saudi Arabia has been asked to decide if the country should implement a population control policy to benefit the economy.

King Abdullah was given the task after his religious advisory body, the Shoura Council, was unable to reach a consensus on a report from the Ministry of Economy and Planning which warned that the country's economy would suffer because the population has grown to nearly 20 million in the past 15 years.

“Families have to apply birth control in order to reduce expenses and provide better education and facilities to their children,” economist Fadhel Al-Bouainain told Arab News, stressing that birth control would be essential to reducing pressure on the country’s infrastructure, including health, education, and housing, which are mostly provided by the government from oil revenues.

Al-Bouainain claimed Saudi Arabia's population growth is the highest in the world and said that “birth control should be a strategic objective.”

“If the population grows at this rate, it would become one of the major hurdles in the way of the country’s economic growth,” Al-Bouainain said.

Arab News explained that the Shoura Council has been debating the issue of birth control as presented by the Ministry of Economy and Planning for the past three months, but the measure failed twice to pass by a majority vote.

“If a resolution is not passed by the majority, it is floated again in the next session, and failing that, it is passed to the king to give his opinion,” said Mohammed Al-Amr, secretary-general of the Shoura Council.

While the Arab News report states that the population has grown to nearly 20 million, the US Department of State quotes a figure of about 27.6 million in 2007 and a population growth rate of 1.49 percent.

The US Department of State report notes that Saudi Arabia is the world's leading oil producer and exporter, accounting for more than 90 percent of the country's exports and nearly 75 percent of government revenues, allowing the country to provide free health care and education while not collecting any taxes from its people.

Steven Mosher, an expert in demographics and president of the US-based Population Research Institute, explained that the different population figures are due to a large number of transient workers in the country.

“The native population of Arabs number something around 20 million, but thirty percent of the population of Saudi Arabia consists of migrant workers from India, the Philippines and other Asian and East Asian countries,” Mosher told LifeSiteNews. “They do virtually all of the work performed in Saudi Arabia yet are not allowed to become citizens. Rather, they are something akin to indentured servants, since they are mostly there on multi-year contracts.”

Mosher said that the apparent incongruity of one of the wealthiest countries on earth with a relatively small native population seeking to limit or reduce that population ostensibly due to economic constraints may be more the result of western influence on the country's leaders than on fears over economic decline and overloaded infrastructure.

In his book Population Control: Real Costs and Illusory Benefits under the chapter heading “Islam Contracepted,” Mosher observed that the influence of the UN Population Fund's policies directed at Islamic countries has resulted in “fertility declines that are among the largest ever recorded.”

“The Koran, like the Torah and the Bible, comes down firmly on the side of natality,” Mosher notes, “but Islam lacks a central religious authority, and any Imam can issue a fatwa—an Islamic religious opinion. Knowing this, the population control movement has sought out and cultivated liberal Muslim clerics, encouraging them to rethink Islam’s traditional encouragement of childbearing.”

One of the Islamic countries that has tried to reverse its falling birthrate, Mosher pointed out, is relatively prosperous and westernized Turkey, which continues to decline despite the exhortations of government leaders to have more children.

“Our population which is nearing 65 million is not enough,” warned Turkish Prime Minister Necmettin Erbakan of the Islamist Refah Party in 1995.

“Population is the power by which we shall establish right in the world,” he said. “These would-be westerners [i.e., population control advocates] are trying to reduce our population. We must have at least four children.”

Mosher wrote that as Turkey's fertility rate fell past 2.5 children per women in 2002, Recep Tayyip Erdogan, soon to become Turkey’s prime minister, attacked contraception as “straight out treason to the state.” “Have babies,” he urged Turks. “Allah wants it.”

With regard to the dire economic predictions from the Saudi Ministry of Economy and Planning, Mosher notes that population control policies “have in many ways caused what they predicted–a world which is poorer materially, less diverse culturally, less advanced economically, and plagued by disease. The population controllers have not only studiously ignored mounting evidence of their multiple failures; they have avoided the biggest story of them all. Fertility rates are in free fall around the globe.”